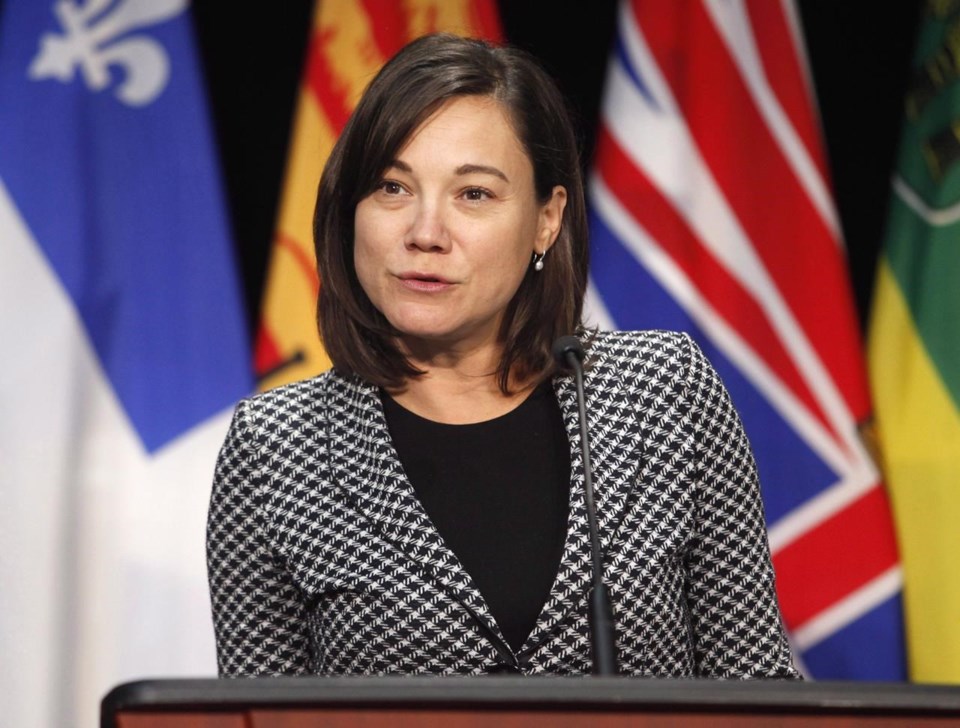 Two Alberta police officers have been temporarily demoted over unauthorized surveillance of a former environment minister and people she met with to discuss a controversial plan to restrict off-road vehicles in a new park. Then-Alberta Minister of Environment and Parks Shannon Phillips speaks at a press conference after a meeting with provincial and territorial environment ministers in Ottawa on Thursday, June 28, 2018. THE CANADIAN PRESS/ Patrick Doyle

LETHBRIDGE, Alta. — The head of the Lethbridge Police Service in southern Alberta says it's embarrassing and inexcusable that two officers did unauthorized surveillance on a provincial cabinet minister.

Chief Scott Woods notes that temporary demotions of the two officers are considered to be on the high end of punishment.

Woods released a statement today after a story by CHAT News revealed the results of a recent police disciplinary hearing for officers Jason Carrier and Keon Woronuk.

The two admitted that in April 2017 they had not been authorized to watch then-environment minister Shannon Phillips while she met with people in a diner to discuss restricting off-road vehicles in a new park in the Castle region.

The plan included restricting such vehicles in the environmentally sensitive area.

Hearing notes say both officers had a shared interest in off-roading there.

Alberta Justice Minister Doug Schweitzer has directed the province's police watchdog to determine if there are grounds for a criminal probe.