With only 15 minutes until polls close for the provincial election (8 p.m.), with results to start being posted soon after, the Eagle caught up with lunchtime voters today (Tuesday, April 16) at the Lions Event Centre.
Apr 16, 2019 7:45 PM By: Lindsay Seewalt 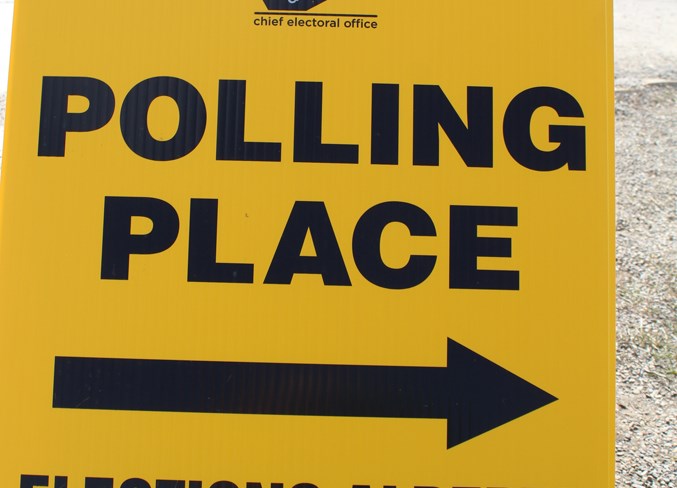 With only 15 minutes until polls close for the provincial election (8 p.m.), with results to start being posted soon after, the Eagle caught up with lunchtime voters today (Tuesday, April 16) at the Lions Event Centre.

While those interviewed largely of the mindset that the UCP will declare victory tonight, most agreed that this was a particularly charged election.

For scrutineer James Fedriko, the day's pace was "steady" and not overly busy – due to the record turnout at the advanced polls of 700,000 across the province.

His predictions? UCP to end up with 57 seats, with a "smattering of others" spread among the rest of the parties.

"I think we risk regressing in a lot of our policies if the UCP get in," said Chris Poettcker, confirming he is "very engaged" in politics. Poettcker said he is concerned that voters will overlook a lot of what he feels are deeply concerning links to Jason Kenney – tied to "homephobia, white supremacy and racism."

While he is forecasting a UCP victory, he is concerned that too many just tune in to talking points and don't look deeper into their slate of candidates. He believes this election brought out more engagement than ever.

For Janet Morris, the record turnout at the advance polls speaks to a desire by the people to see change.

"I just think that it's time for a change ... again," she laughed, adding that she is more concerned with changes needed at the federal level than the provincial. Morris said she was pleased to learn of so many exercising their right to vote – a privilege too many take for granted.

Cochrane newcomers Duncan and Olwyn Westwood said they actually were surprised nobody had reached out to them or come to their door to advise them on where to vote.

"We had to ask," laughed Olywn, who hails from Ontario, adding that they "love living in Cochrane and being this close to the mountains.

"I've been flip-flopping on the way over," laughed Morgan MacDougall, who still wasn't sure who she was voting for as she walked in. "Next time I'll be more informed."