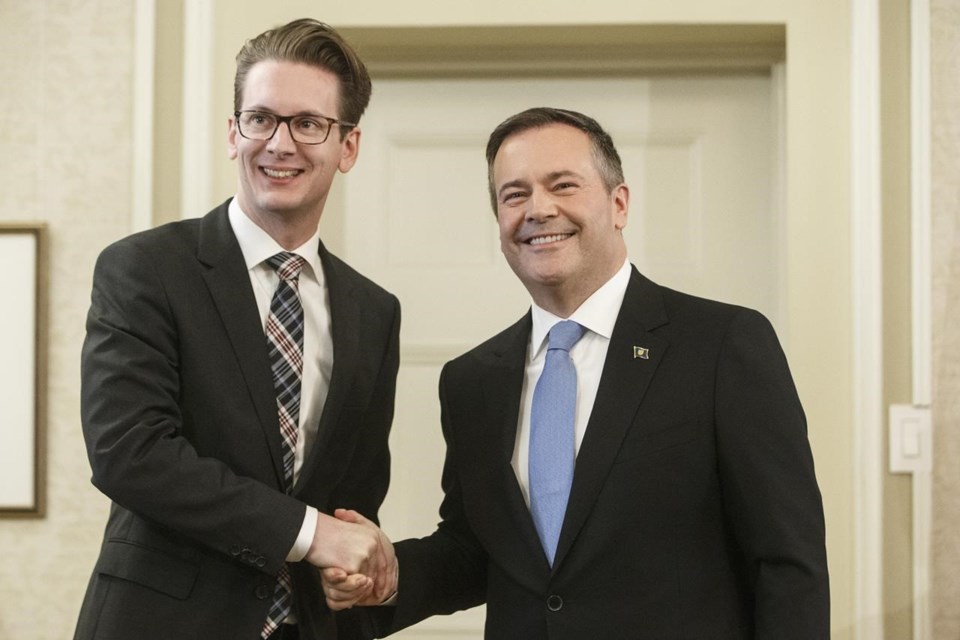 EDMONTON — Alberta is considering new rules to stop sex offenders from being legally allowed to change their names.

Nate Glubish, the minister for Service Alberta, says he wants to make sure communities in Alberta are safe.

"I don't want these convicted sex offenders to be able to hide in our communities, hide from Alberta families. That's why we've made it clear that we're going to take this action," Glubish said Friday in an interview.

"There are a number of very scary cases that have happened (in Saskatchewan). And I don't want to wait for something like that to happen in Alberta.

"We're looking at what will work best here in Alberta. It is a priority for me. I want to make sure this is something we act on quickly."

Glubish said his ministry is exploring options, including whether the ban would be achieved through a cabinet order or in legislation, and whether the focus would remain on sex offences or be broadened to other major criminal convictions.

"We'll have more to say on the rollout soon."

In Alberta, no criminal record checks are required for a name change, although applicants have to submit fingerprints.

Saskatchewan is bringing in rules this month that require a criminal record check for people who want to legally change their names for reasons other than adoption or marriage. It's based on the premise that allowing convicted sex offenders to change their names could pose a risk to the public.

The issue has been making headlines in Saskatchewan since it was revealed that 76-year-old David Donald Shumey, recently paroled after serving a prison sentence in Nevada for sexually assaulting a young girl, changed his name. Documents show he now has an address in Regina and is known as David Donald Stryker.

In another case, Kevin Daniel Hudec, a long-term offender who in  2018 became Gabriel Michael Fisher, was charged in Regina with making child pornography after he changed his name.

"It’s too early to tell without seeing the bill itself," Irwin said in a statement.

"However, there are certainly areas the UCP needs to focus on, like addressing sexual violence on campus, reversing their cuts to Alberta criminal courts, and ensuring money from the Victims of Crime Fund is being invested into programs that help victims."

This report by The Canadian Press was first published Feb. 14, 2020

Conflicting arguments over which parent killed young Calgary girl
Feb 20, 2020 4:15 PM
Higher oilsands volumes drive beat as Inter Pipeline reports $100M Q4 income
Feb 20, 2020 3:58 PM
Comments
We welcome your feedback and encourage you to share your thoughts on this story. We ask that you be respectful of others and their points of view, refrain from personal attacks and stay on topic. To learn about our commenting policies and how we moderate, please read our Community Guidelines.