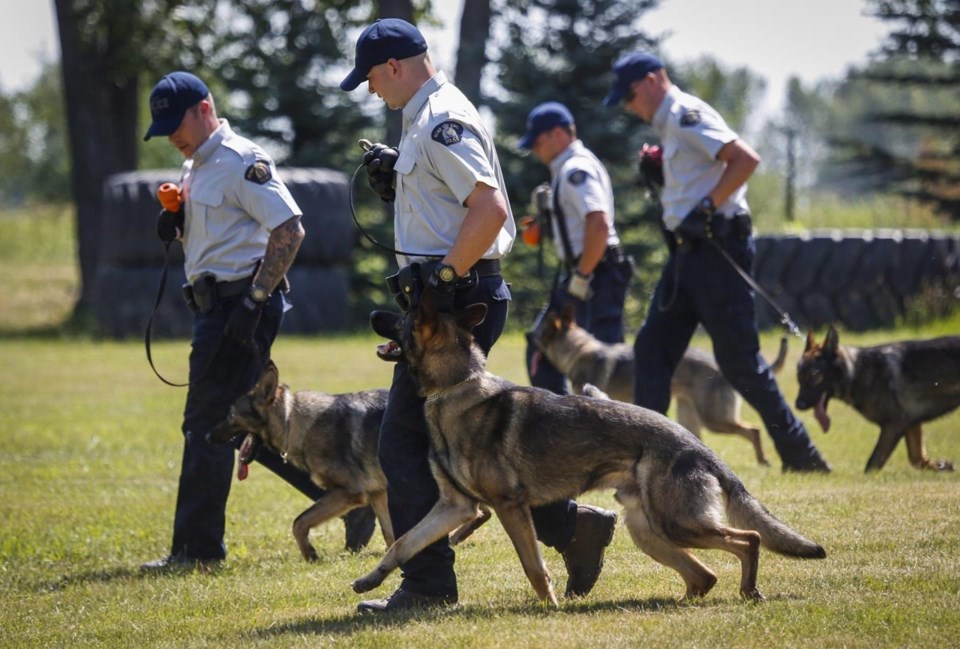 EDMONTON — A man police were searching for near a provincial park in northern Alberta died shortly after he was arrested, RCMP said.

Lionel Grey, who allegedly shot and killed a service dog during a police pursuit, had serious injuries when he was apprehended Friday, Mounties in High Prairie, Alta., said.

"Alberta RCMP Tactical Medics and AHS EMS immediately provided medical assistance, though he succumbed to his injuries a short time later," police said in a statement.

Investigators did not say what injuries the 29-year-old had or how he died. They said he was from the Gift Lake Métis Settlement, about 84 kilometres north of High Prairie.

Earlier in the day, RCMP said officers tried to stop Grey, who was wanted by police, as he was driving near High Prairie on Thursday.

Grey, who police said was armed and dangerous, fled during the traffic stop, but his vehicle got stuck in mud near Winagami Provincial Park and he ran away on foot.

Officers evacuated the provincial park and had Grey confined in the area, she said.

In their release Friday, RCMP said they had notified the Alberta Serious Incident Response Team of Grey's death.

The agency is called in to investigate when police are involved in anything that results in serious injury or death, as well as serious or sensitive allegations of police misconduct.

This report by The Canadian Press was first published June 18, 2021.

Hockey player coming out as gay must lead to meaningful change in game: advocates
Jul 25, 2021 8:00 AM