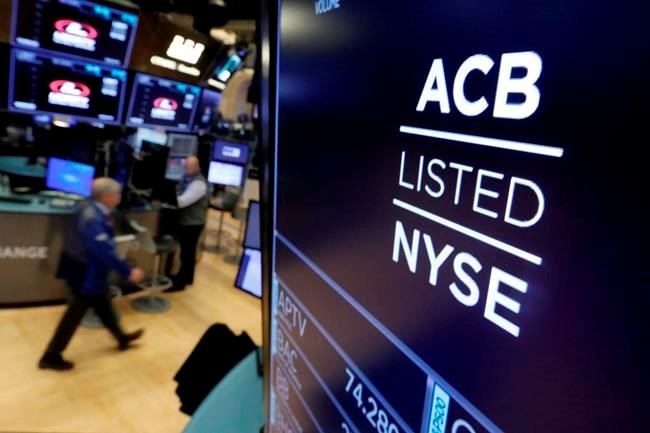 EDMONTON — Aurora Cannabis Inc. says it incurred a $164.7-million net loss in its latest quarter and will now embark on a plan to generate millions in annualized cost efficiencies.

The net loss the Edmonton-based pot company reported in its third-quarter compared with a $139.3-million loss in the same quarter the year before.

This quarter's loss amounted to 85 cents per share in the quarter ended March 31 compared with a loss of $1.40 last year.

Aurora says its net revenue reached $55.2 million in the third quarter, down from $73.5 million last year.

The company was expected to report a net loss of 21 cents per share on revenues of $68.5 million, according to financial data firm Refinitiv.

Aurora announced its earnings as it also unveiled a plan to accelerate between $60 million and $80 million in annualized cost efficiencies over the next 12 to 18 months.

This report by The Canadian Press was first published May 13, 2021.

Companies in this story: (TSX:ACB)