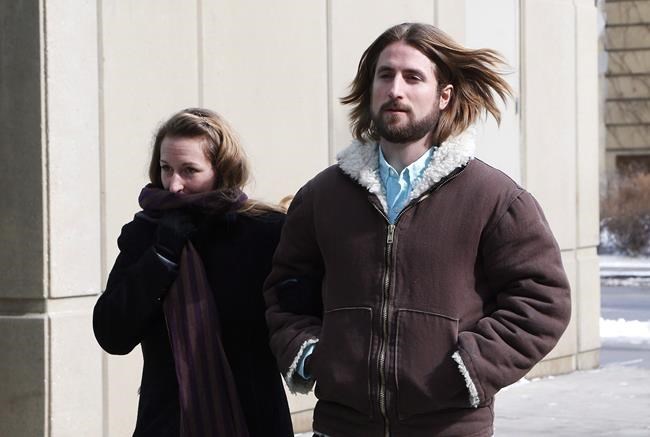 CALGARY — The Alberta Crown's appeal of the acquittal of a couple in the death of their son is to be heard in June.

David and Collet Stephan were accused of not seeking medical attention sooner for 19-month-old Ezekiel, who died in 2012.

They were found not guilty in September on a charge of failing to provide the necessaries of life.

The couple testified they thought their son had croup and used herbal remedies to treat him.

Queen's Bench Justice Terry Clackson sided with a defence expert who said the toddler died of a lack of oxygen, not bacterial meningitis as reported by the original medical examiner.

The Crown contends Clackson committed a number of errors and made comments that gave rise to a reasonable apprehension of bias.

"Simply put, as the Crown continues to drag this case on, we are being provided with the opportunity to further share the truth," David Stephan told The Canadian Press Tuesday evening.

The hearing is set for June 11 in Calgary.

"It's the third year in a row that the Crown has celebrated my birthday in court."

In his decision, Clackson noted the Nigerian-born medical examiner, Dr. Bamidele Adeagbo, spoke with an accent and was hard to understand.

"His ability to articulate his thoughts in an understandable fashion was severely compromised by: his garbled enunciation; his failure to use appropriate endings for plurals and past tenses; his failure to use the appropriate definite and indefinite articles; his repeated emphasis of the wrong syllables; dropping his Hs; mispronouncing his vowels; and the speed of his responses,'' Clackson wrote.

The judge also called out Adeagbo for "body language and physical antics ... not the behaviours usually associated with a rational, impartial professional imparting opinion evidence."

The Crown said in its appeal notice that Clackson took into account "irrelevant considerations."

"The trial judge's comments in the trial gave rise to a reasonable apprehension of bias,'' the Crown wrote.

A jury convicted the couple in 2016 but the Supreme Court of Canada overturned their original conviction and ordered a second trial.

"I am concerned in an attempt to set a precedent that Alberta Justice would use so much of the taxpayers resources to further injure a family that has already suffered so much loss."

This report by The Canadian Press was first published Jan. 15, 2020.

Ex-Alberta legislature member on tax strike over unpaid oilpatch property levies
Jan 22, 2020 12:14 PM
Alberta Energy Regulator laying off staff, restructures, deals with budget cuts
Jan 21, 2020 7:49 PM
Comments
We welcome your feedback and encourage you to share your thoughts on this story. We ask that you be respectful of others and their points of view, refrain from personal attacks and stay on topic. To learn about our commenting policies and how we moderate, please read our Community Guidelines.