"We are the conduit, we make it happen, but we couldn’t do it without the generosity of the Community of Cochrane.”
Oct 1, 2020 11:00 AM By: Tyler Klinkhammer 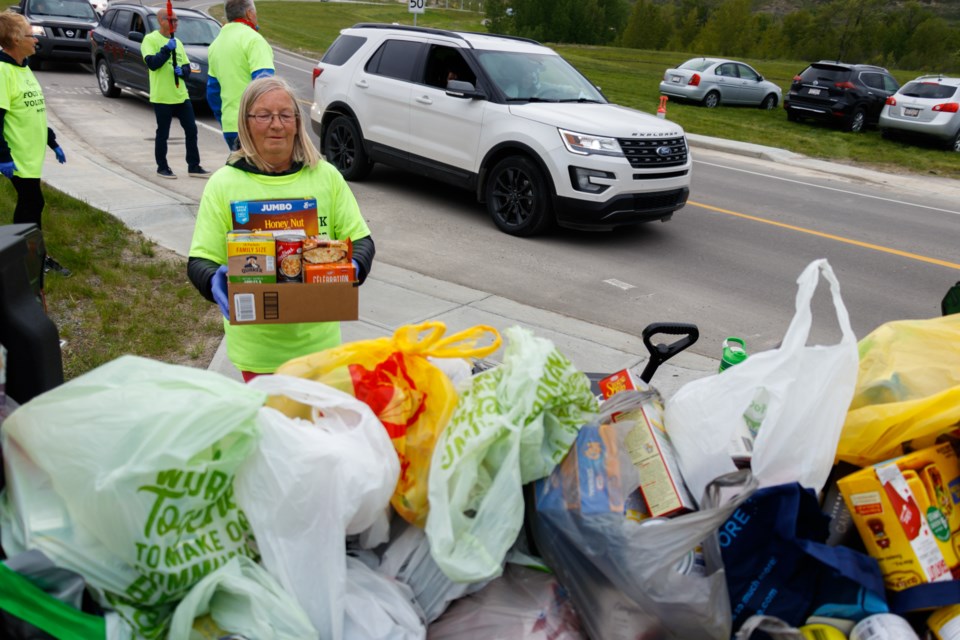 The accolades continue to build for the Cochrane Activettes this year, as the Cochrane Eagle’s readers have nominated the club as Best Charitable Organization for the Best Of Cochrane awards.

The 32-year-old organization runs several different volunteer-based programs— The Cochrane Food Bank which provides food to hungry families, the Clothesline which is a not-for-profit clothing store the provides Cochranites with thrift-store prices for gently used clothing, Meals on Wheels, the Cochrane Activettes Bursary, a $3,500 scholarship, and Share your Christmas, which puts together care packages for in-need families at Christmas time.

The Activettes also provide funding and sponsorship to various programs in the community like Cochrane Family and Community Support Services, the Boys and Girls Club of Cochrane & Area and others.

Marcia Gilbertson, the president of the Activettes, said that the club is grateful for the nomination.

“Oh, it’s great,” she said. “We’ve been recognized a lot, and every single time, it’s a reward. It’s a pat on the back for what we do and we certainly do appreciate it.”

Gilbertson said that the club serves as a “conduit” for the generosity of the community.

“We’ve been doing this for an awful lot of years, we ramped up the food bank in, I would say, the 15 years. Those sorts of things we’re doing more. The generosity of the community is really what makes that available, we do all of that on donations,” she said. “We raise cash donations, and food donations, at Share Your Christmas we get toy donations, so we are the conduit, we make it happen, but we couldn’t do it without the generosity of the Community of Cochrane.”

The Activettes is a completely volunteer-run service. There are currently 54 Cochrane Activettes, and more than 100 community volunteers pitch in during the holidays for the Share Your Christmas program, but Gilbertson said that the club is always looking to expand its ranks.

To get involved with the Cochrane Activettes, visit cochraneactivettes.com to fill out a volunteer application form.