EDMONTON — Alberta's top doctor says she's concerned about a surge in COVID-19 cases in Edmonton and is alarmed that many people are going to work or socializing while sick.
Oct 5, 2020 8:31 PM By: Canadian Press 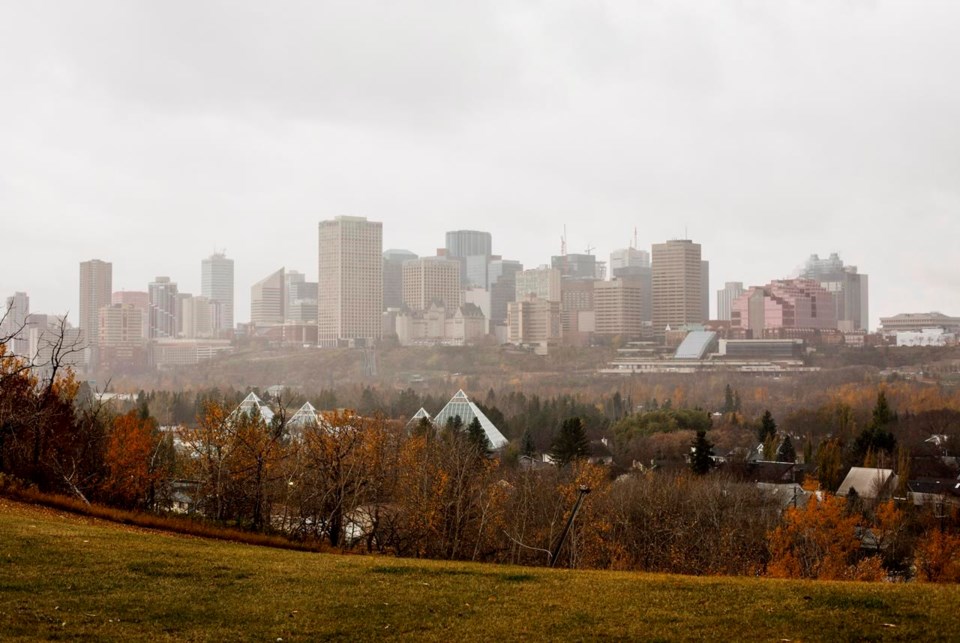 Edmonton city skyline pictured in Edmonton Alta, on Tuesday, October 17, 2017. Alberta's top doctor says she's concerned about a surge in COVID-19 cases in Edmonton and alarmed that many people are going to work or socializing while sick. THE CANADIAN PRESS/Jason Franson

EDMONTON — Alberta's top doctor says she's concerned about a surge in COVID-19 cases in Edmonton and is alarmed that many people are going to work or socializing while sick.

The province recorded 982 active cases in the Edmonton health zone on Monday, up from 851 in Thursday's update.

The zone, which encompasses the provincial capital and surrounding communities, now makes up 55 per cent of Alberta's total of 1,783 active cases. The area has just over a quarter of the province's population.

Chief medical officer Dr. Deena Hinshaw said her office is in talks with local public health and municipal officials to figure out if new restrictions for the Edmonton region are warranted.

She said the new cases are linked to transmission that happened a week or two ago.

"We're looking at those transmission patterns to understand what would be most effective and if there are any other changes that we need to make to our framework to prevent Edmonton from continuing to have increasing numbers of new cases," Hinshaw said.

Alberta reported a total of 578 new cases between Friday and Sunday.

There have been eight new deaths over that time frame, bringing the provincial total to 280.

Two of the deaths are linked to an outbreak at the Foothills Medical Centre in Calgary. The hospital has seen dozens of patients and staff contract the virus and sent hundreds of workers into isolation.

Sixty-two people in Alberta are hospitalized with COVID-19, including 14 in intensive care.

Hinshaw said a review of Alberta's current active caseload has revealed that 11 per cent were attending work or social gatherings while symptomatic.

She called the trend "alarming."

"This is a significant risk and is one of the factors causing our case numbers to rise. I want to be clear: if you are sick, you need to stay home," she said.

She also urged employers to do what they can to support staff in staying home while sick.

"This is an important juncture. If together we cannot control the spread, we may be forced to consider additional, more restrictive measures."

This report by The Canadian Press was first published Oct. 5, 2020.

— By Lauren Krugel in Calgary