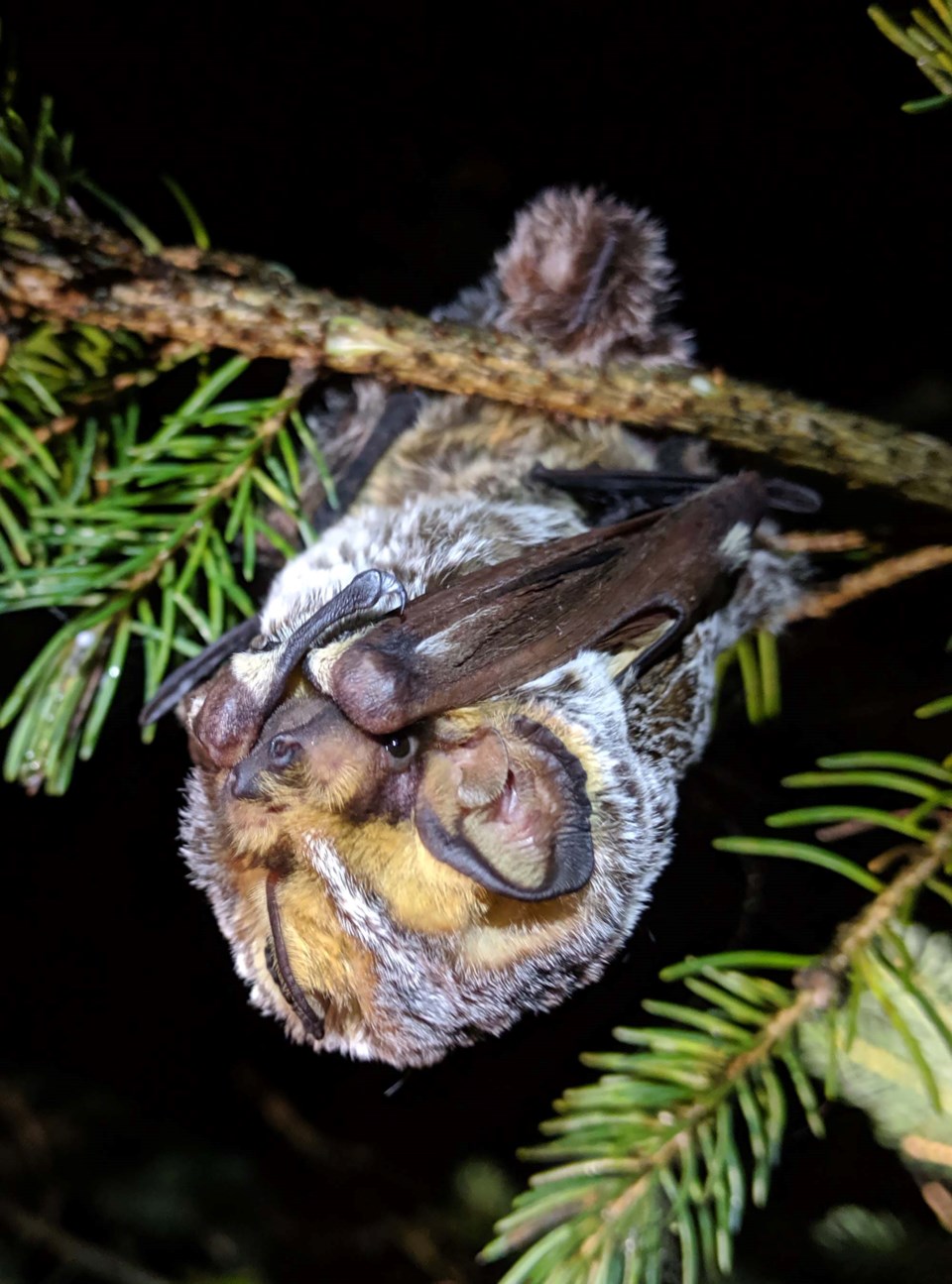 I AM THE NIGHT! RAR! – The hoary bat, shown here, is one of about nine bat species known to live in Alberta. Bats will be celebrated around the world from Oct. 26-31 as part of Bat Week. ALBERTA COMMUNITY BAT PROGRAM/Photo

The common bat could be both the source of and the solution to the COVID-19 pandemic, say Alberta researchers.

Oct. 24 to 31 is Bat Week in Alberta – part of an international campaign aimed to promote bat conservation. The event coincides with Halloween, with which bats are often associated.

“There’s a lot of fear and mistrust of bats,” he continued, especially nowadays, as researchers suspect they may have been the source of SARS-CoV-2, the virus that causes the disease COVID-19. Habitat destruction, slow reproductive rates and the deadly effects of white-nose syndrome have put the survival of many bat populations at risk.

Alberta has nine species of bat, including the red bat and the white-rimed, yellow-faced hoary bat, said Alberta Environment bat specialist Lisa Wilkinson. You’re most likely to see the little and big brown bat around Edmonton, both of which are smaller than your thumb and lighter than three loonies.

Albertans can spot bats swooping over ponds at dusk as they hunt and drink and listen to their ultrasonic calls with bat-detectors, Wilkinson said. You’re unlikely to see any of them at this time of year, though, as most are hibernating in caves or migrating south. (If you find one in your living room now, call WILDNorth Wildlife Rescue at 780-914-4118.)

While COVID-like coronaviruses have been found in Asian bats, North American ones don’t appear to have them, Wilkinson said – indeed, earlier this year, Alberta researchers were more worried about giving bats COVID-19 than getting it from them, and have taken to handling them while wearing masks and other protective gear.

Bats host many viruses without being harmed by them, Wilkinson said. Canadian researchers are now studying bat immune systems to find out how, and hope to find clues in the fight against COVID-19 in the process.

Wilkinson said residents could celebrate Bat Week by learning about bats, building bat houses and having a meal of mangoes, dates and other foods pollinated by bats.

About the Author: Kevin Ma