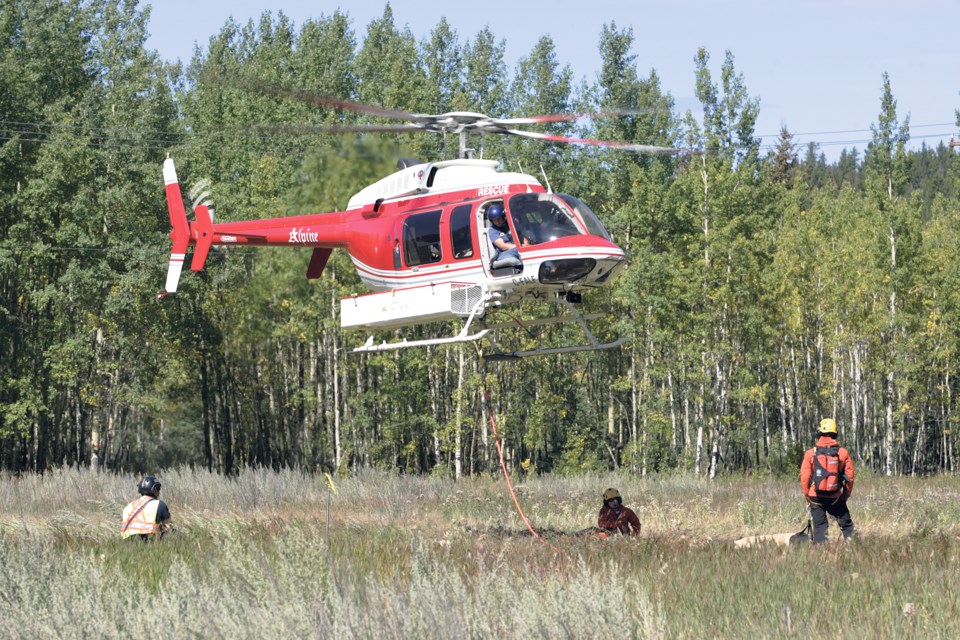 KANANASKIS COUNTRY – A woman in her 40s was transported to Foothills Medical Centre after a dirt bike crash in McLean Creek on Thursday (Aug. 22).

Our Canmore Rescue Helicopter is responding to a call in the Maclean Creek area with our partners from Kananaskis Public Safety.

The 45-year-old woman was riding in the McLean Creek off-highway vehicle (OHV) zone, 22 kilometres south of Bragg Creek off Highway 66, when she suffered "traumatic injuries" as a result of a dirt bike crash, Jess Sinclair, minister of Environment and Park said.

The woman was slung out from the backcountry with the assistance of Alpine Helicopters Inc. and Kananaskis Country Public Safety, around 4 p.m. where she was then transferred to ground EMS and sent to Foothills hospital in Calgary.

Established in the 1970s as an area for off-highway vehicle (OHV) use, dirtbikes are permitted in the McLean Creek trail under the Public Use Zone from May 1 to Nov. 30. Snowmobiling is also permitted from Jan. 1 to March 31.