Examining the relationship with our stuff

Alberta filmmaker's latest documentary looks at the connection we each have to our belongings.
Oct 30, 2020 10:15 AM By: Lucy Haines 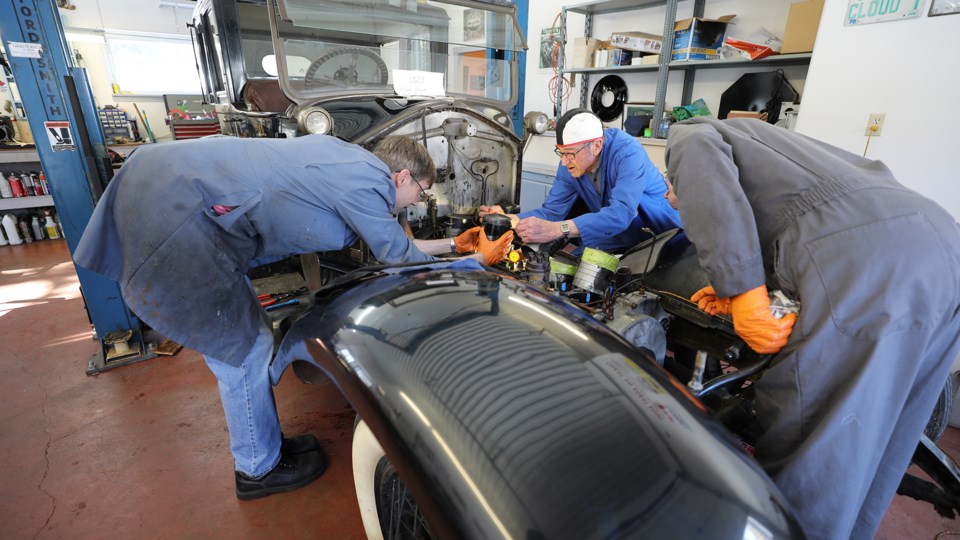 The documentary Attachments of Life profiles four Albertans and their relationship with their belongings. Photo: Brandy Yanchyk.

Have you ever thought about how attached you are to your 'stuff'? Alberta filmmaker Brandy Yanchyk started thinking about it last year, when helping her parents pack up the family home for a move. Emotions around old letters, childhood objects--even school papers she's had since Kindergarten--caught Yanchyk off-guard. At the same time, her sister breezed through the pack-up calmly and efficiently.

“That process made me wonder about my future, and holding onto things, but also about how different everybody is in relation to their stuff," Yanchyk said. "I decided to pitch a documentary about people's conection to their belongings, and then went about looking for stories to profile."

Yanchyk's 40-minute film, Attachments of Life, is a thought-provoking look at four lives and their varied attachments to stuff. From a senior with hoarding disorder, to a Leduc man who has Canada's largest collection of Rolls Royce/Bentleys, to an Edmonton woman who lost her possessions many times (to fire and flood) and a minimalist who embraces a clutter-free life, the subject may be even more timely today. Remember the buying frenzy of toilet paper and flour earlier in the pandemic? Our relationship with stuff can give anyone pause for thought.

On one hand, collecting things can be joyful and positive, as exemplifed by 77 year-old Howard Lengert. The avid collector (since 1967) has 18 Rolls-Royces and three Bentleys--alll in perfect running order. It's the largest collection in Canada, one that Lengert says will be a part of history when he donates it to a new museum at the Leduc West Antique Society. In Yanchyk's film, it's evident that Lengert's connection to these cars has given him purpose.

"People know me because I own Rolls Royces," said Lengert of the vehicles that bring him happiness, and the camaraderie he enjoys with the two men he fixes them up with.

What about losing all your belongings--more than once--how does that affect a life? For Edmontonian Lesa Marshall, it's taken counselling to look at possessions differently. The 40 year-old profiled in the film said she feels she has PTSD, and no longer buys things she won't use right away. She said having her mom and sister, and even a few photo albums, are what matters.

"Materialism is a driving force in our culture and right now our connection to our belongings is in the zeitgeist," Yanchyk said. "Whether it be baby boomers downsizing, people cleaning out their houses Marie Kondo style or those who are a victim of fires and floods, many people are asking themselves what their material possessions mean to them. For Peggy Zubyk, her clutter became a problem when it became a problem--she had a hard time navigating through her home."

As Attachments of Life shows, collecting can lead to clutter, which can lead to hoarding, which can then move into the realm of mental illness. Retired interior designer Peggy Zubyk, who suffers from Kyphosis and Sjogren's syndrome, has limited mobility and can't move or lift things very well. The clutter she gathered over the years became a hazard when Zubyk couldn't move easily through her home. Working with Edmonton's Helping Hands Personal Assistants, Zubyk has made progress with the issue.

"It's important to not stigmatize people who are having difficulties with their stuff," said Yanchyk. "Experts tell us this is often an anxiety issue, and there are ways to reach for help and support. We know that when a person's stuff does become a problem in their life, others can't just charge in and clear up the problem. It requires patience and kindness--it's a process of peeling away the layers of someone's life, and that takes time."

Since completing the movie this fall, Yanchyk said she is more aware of her own predisposition to holding onto things. Now moving into her first house, Yanchyk admits she has 'a lot of treasures',--mostly art collected from time living abroad--and journals that she won't be parting with. However, she is working on decluttering her home by recycling papers and donating clothes she never wears, she said.

Attachments of Life premieres on CBC Alberta and B.C. on Oct. 31 and will be available for streaming on CBC Gem on Oct. 30.