Inquiry into oil and gas foes to deliver report next year: Kenney

CALGARY — Alberta Premier Jason Kenney says an inquiry into who is funding environmental opposition to the province's oil and gas sector will be completed some time next year.
Oct 24, 2020 7:15 PM By: Canadian Press 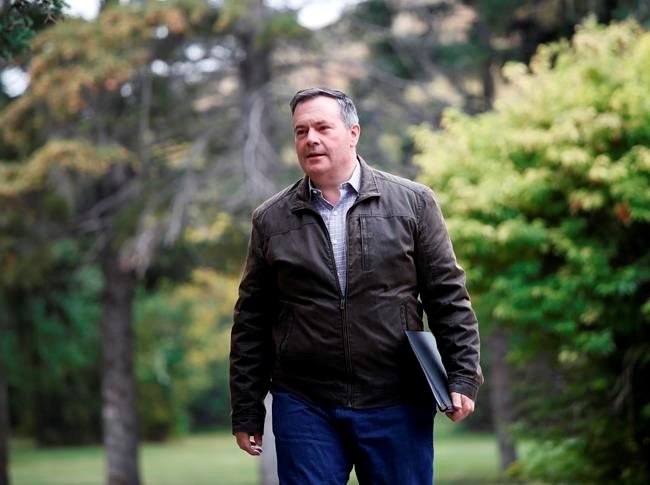 CALGARY — Alberta Premier Jason Kenney says an inquiry into who is funding environmental opposition to the province's oil and gas sector will be completed some time next year.

His United Conservative government contends foreign interests have been working to undermine the industry for years.

The inquiry, headed by forensic accountant Steve Allan, was initially expected to report its findings this summer and its deadline was most recently extended to Oct. 30.

A lawsuit filed by environmental law firm Ecojustice argues the inquiry is politically motivated, biased and outside provincial jurisdiction

Kenney also says his government would be introducing legislation next year to make it illegal for foreign interests to fund political action committees.

He says the Canadian Energy Centre, a war room meant to counter what the UCP government considers misinformation about the oil and gas industry, will ramp up again after the COVID-19 pandemic put it on hiatus.

Kenney made his remarks Saturday during a livestreamed question-and-answer session capping off the party's convention, which was held virtually over two weekends due to the COVID-19 pandemic.

Earlier in the day, federal Conservative Leader Erin O'Toole told party members that Alberta has responded to the COVID-19 pandemic better than the federal government.

O'Toole addressed the meeting by livestream from Ottawa.

He said Liberal Prime Minister Justin Trudeau's talk of Canada "building back better" from the COVID-19 pandemic is code for excluding workers in the energy, forestry, auto and steel sectors.

O'Toole said the Liberals were confused and late at every step of the pandemic response, including closing the border, procuring personal protective equipment and implementing rapid testing.

He said Kenney has taken charge and not waited to make things happen, citing an early lead on testing as an example.

Alberta's daily case count began to surge over the 400 mark this week, up sharply from about a month ago when new infection totals stood in the mid-100s.

While Quebec, Ontario and Manitoba have toughened restrictions on certain businesses and activities in recent weeks, Kenney has said his government prefers encouraging personal responsibility over imposing new shutdowns on Alberta's frail economy.

Alberta chief medical officer Dr. Deena Hinshaw has warned the province is in the "danger zone" as hospitalizations and intensive care admissions rise.

This report by The Canadian Press was first published Oct. 24, 2020.