'It was a worst-case scenario,' says partner of Alberta doctor buried in avalanche 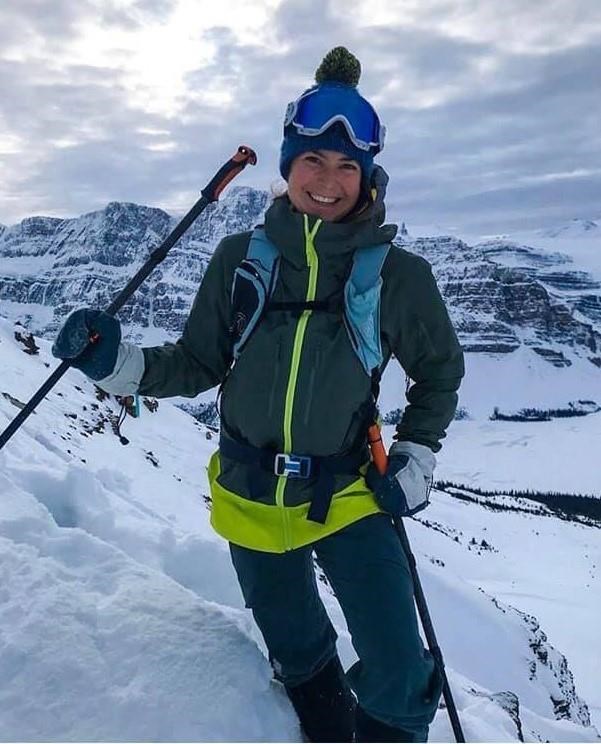 Laura Kosakoski is shown in this image provided by Adam Campbell. Avalanche Canada says a skier who was caught in a snowslide on Friday in Banff National Park has died from her injuries. STARS Air Ambulance had said the 32-year old woman was flown to a Calgary hospital in life-threatening condition. She has been identified by her husband, Adam Campbell, as Canmore doctor Laura Kosakoski. THE CANADIAN PRESS/HO- Adam Campbell

Adam Campbell had to keep telling himself he had one job, after watching an avalanche rumble down a slope on Mount Hector in Banff National Park.

It was a slide that would eventually take the life of his partner, Laura Kosakoski, a 35-year-old family doctor in Canmore, Alta.

But on Friday, when the powder cloud cleared, Campbell told himself not to fall apart.

He had to save the love of his life.

"I kept reminding myself I had one task: saving her," he said in an interview Monday.

Campbell, an ultra-marathoner, was at the top of the slope during a backcountry ski trip when he felt the snow slide under him. He was trying to keep an eye on Kosakoski and a friend, who had both skied down before him.

He found his friend but they weren't able to find Kosakoski.

"We yelled her name two or three times," Campbell said.

They realized she must have been buried and quickly got out their avalanche beacons. The closest reading showed she was 3.7 meters under the snow.

Avalanche Canada said the slab avalanche was triggered and ran for about 550 meters.

"It was a worst-case scenario," Campbell said, noting that they were experienced backcountry skiers who had checked the daily avalanche bulletin before heading out.

Campbell sent out an SOS signal to the park's mountain safety team, and he and his friend started digging through the hard-packed snow until they cleared a hole that was about four meters deep and 10 meters long.

When they found her, they were able to clear her face.

"We realized that her airway wasn't blocked," said Campbell, "but she looked incredibly blue."

After another hour or so of digging, they were able to remove her from the hole. There were no signs of physical trauma, but Campbell said she was unresponsive.

"Then we just focused on trying to keep her warm."

They were in contact with the rescue team, which was able to get her out by helicopter and take her to a nearby ambulance.

"I fell apart at that moment," said Campbell. "I frankly thought she was dead based on what I had seen."

Kosakoski was flown in life-threatening condition to a Calgary hospital, where she had surgery. Her heart had stopped beating and she was hypothermic.

She was put on a machine to gradually warm her body, and there was hope she might survive, said Campbell. Her heart had stopped again overnight but they were able to restart it.

The next day, doctors determined that her bowel had stopped working and was filling her body with toxins. She died later that day.

Campbell said family and friends had enough time to travel to Calgary to sit with her.

"It was an absolutely horrific, horrific accident to a beautiful shining star of a person," said Campbell. "But ... she just showed her courage to the very end, she showed her strength and her compassion and her love for her family."

Kosakoski's mother, who had just flown to Colombia on a trip, immediately came back after being told about the avalanche. She had just arrived at the Calgary airport when her phone rang.

Campbell said they put a phone to Kosakoski's ear, and her mother was able to say goodbye. Kosakoski died moments later.

"She was absolutely a remarkable woman."

This report by The Canadian Press was first published Jan. 13, 2020