'Out in the cold:' Rancher's lawyer says Alberta should have consulted on coal policy

CALGARY — A lawyer for a rancher trying to get a judge to force the Alberta government to reconsider its decision to throw out a policy that protected the Rocky Mountains from coal mines says his client wants to be treated fairly.
Jan 20, 2021 10:45 AM By: Canadian Press 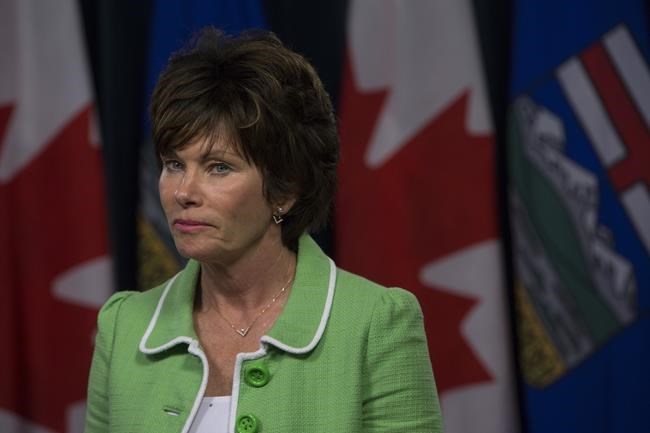 CALGARY — A lawyer for a rancher trying to get a judge to force the Alberta government to reconsider its decision to throw out a policy that protected the Rocky Mountains from coal mines says his client wants to be treated fairly.

"What my clients are seeking is not to be left out in the cold," Richard Harrison told a Court of Queen's Bench judge Tuesday at a hearing to decide whether a judicial review into the move should go ahead.

The United Conservative government is trying to persuade Justice Richard Neufeld to throw out the application for the review. Melissa Burkett, a lawyer for the province, said it's a matter for elected officials, not judges.

"This case is not about an unlawful exercise of government power," she argued earlier Tuesday.

"This case is about the government's ability to create and dictate policy based on economic, social, political and other relevant factors."

Southern Alberta ranchers and area First Nations are attacking the government's decision to revoke a coal policy from 1976 that blocked development on some parts of the eastern slopes of the Rockies and tightly restricted it elsewhere. The policy was quietly revoked without consultation by Energy Minister Sonya Savage last May.

Burkett, saying there is nothing to review, argued the policy was not rooted in legislation or regulation.

"The adaptation and any amendment of the coal policy is exclusively under the mandate of the minister of energy," she said.

Allowing a review would wrongly tie governments to the decisions of their predecessors, she added.

Burkett said the policy had become obsolete given the development of Alberta's energy review bodies and laws. Overturning the policy has "no practical impact" because agencies such as the Alberta Energy Regulator now exist, she said

And because those oversights now exist, revoking the policy hasn't violated the rights of those seeking the review, Burkett said.

Her colleague, Andrea Simmonds, disputed the ranchers' arguments that requirements for public consultation exist in land-use law and in regional plans.

She said the Alberta Land Stewardship Act doesn't allow for judicial review of decisions made under its purview. Regional plans "have no legal status," she said.

Harrison argued that the coal policy, far from obsolete, was being used to judge mine proposals right up until the minister revoked it.

He emphasized that one coal mine proposal calls for infrastructure right through the middle of his client's grazing lease and would intrude nearly to the doorstep of a cabin that's been in his family for a century.

Simple fairness should have required the government to at least talk to him before its decision.

"Whether consultation, a hearing, a phone call, they want any kind of procedural fairness that reflects the impact it is going to have.

"I cannot think of a more detrimental impact than an open-pit coal mine."

Harrison argued the land stewardship act does require consultation. He noted that it says property rights should not be infringed on without due process.

"(The act) was amended for the express purpose of inserting consultation requirements."

He disagreed that regional plans have no legal force and pointed out they have been incorporated into the legally enforceable South Saskatchewan Regional Plan.

Earlier Tuesday, ranchers and First Nations who filed separate requests for the review agreed to have their arguments heard together. The Bearspaw, Kainai, Siksika, Blood, Ermineskin and Goodfish Lake First Nations kept the right to bring separate constitutional arguments, which are not part of the application filed by rancher Macleay Blades.

The hearing is to last through Wednesday.

Popular Alberta entertainment figures, including Corb Lund and Jann Arden, have strongly opposed the decision. Petitions against it have gathered more than 100,000 signatures.

On Monday, Savage announced in a news release that the recent sale of 11 coal leases would be cancelled and that no more would be sold on land where open-pit mines were forbidden under the old policy.

She did not provide any more details, promise any consultation or offer to reconsider the decision on the 1976 policy.

Environmental groups point out the 11 leases represented a tiny fraction of the leases sold since the policy was quashed. At least eight provincial recreation areas are either completely or largely surrounded by coal exploration leases.

This report by The Canadian Press was first published Jan. 19, 2021.

Trudeau 'optimistic' that timeline for rollout of COVID vaccines can be accelerated
Mar 3, 2021 11:45 AM