Sarah Elaine Eaton, a professor at the University of Calgary's Worklund School of Education, said her inbox was flooded after the curriculum was released last week from teachers who worried much of it was plagiarized.
Apr 7, 2021 10:45 AM By: Canadian Press 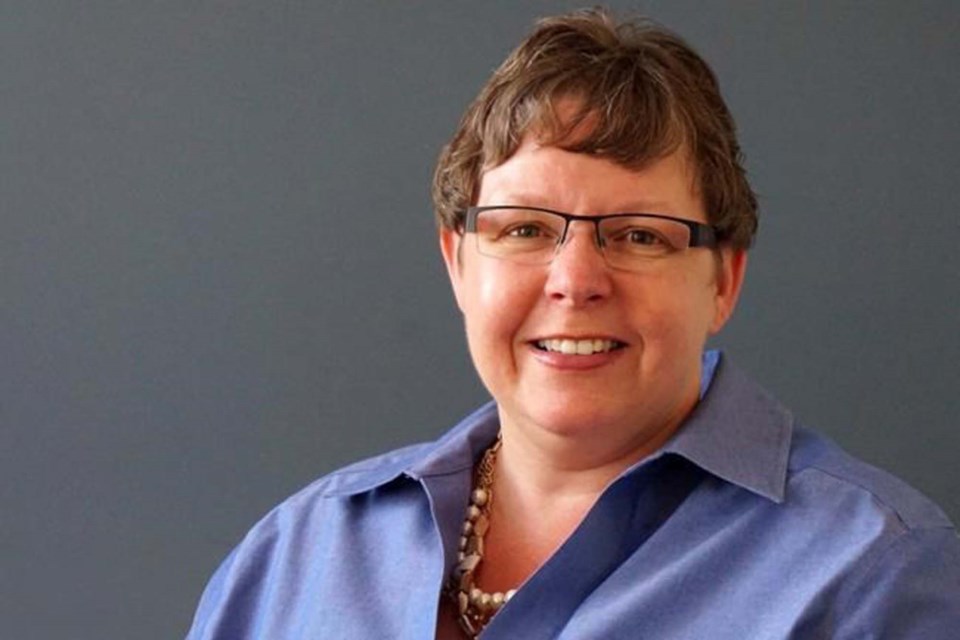 Sarah Elaine Eaton, associate professor at University of Calgary's Worklund School of Education, poses in this undated handout photo. She says parts of the proposed curriculum for kindergarten and elementary school children have been copied from other sources without credit. THE CANADIAN PRESS/HO - University of Calgary; Clayton MacGillivray

EDMONTON — Parts of Alberta's proposed curriculum for kindergarten and elementary schoolchildren were copied from other sources without credit, said an expert in plagiarism as the Opposition NDP vowed to dismantle it if elected next year.

Sarah Elaine Eaton, a professor at the University of Calgary's Worklund School of Education, said her inbox was flooded after the curriculum was released last week from teachers who worried much of it was plagiarized.

"They were asking me to weigh in as someone who researches this and deals with cases of plagiarism as part of my service role as a professor," Eaton said in an interview Tuesday.

She said there were many examples on social media of material lifted without credit, but she focused on parts of the document that weren't as scrutinized online. The academic then wrote an analysis of her findings on her blog.

"One thing we can say for sure is, because of the amount of it found by myself and others, this wasn't an accident," Eaton said.

She said she found that one segment was "cut-and-paste plagiarism" from an academic article from 1976.

"And in that case they could be stealing from copyrighted material," Eaton added.

-provide direct experience of cause and effect

-boost self confidence and emotional resilience

-satisfy curiosity and a need for challenge

The adventurous play section of the North Vancouver Recreation Centre's website says it:

-Provides direct experience of cause and effect (natural consequences)

The curriculum reads: “The religious affiliation of most Albertans is Christian, and the largest denominations are Roman Catholic, United, Anglican, Lutheran, and Baptist churches.”

The Wikipedia page on Alberta's demographics reads: “Over 60 per cent of Albertans identify as Christian, while almost 32 per cent of residents identify with no religion. The largest denominations are the Roman Catholic, United, Anglican, Lutheran, and Baptist Churches.”

Eaton noted that the curriculum for grades 4 and 5 teaches ethical information use.

"So when the government has passages of its curriculum that are plagiarized, it's not leading by example and it's also demonstrating that ethical use of information is not something that they value," she said.

Nicole Sparrow, press secretary for Education Minister Adriana LaGrange, said the minister was surprised to hear these allegations surface over the weekend.

"Hundreds of people, including teachers and subject matter experts have had a hand in the new draft K-6 curriculum through a transparent review process," Sparrow said in an email Tuesday.

"In Alberta, it is not typical for curriculum documents to list citations, as this would be done in the resource development phase."

The plagiarism allegations are the latest issue highlighted in the curriculum by experts.

Last week, Alberta jazz musicians and teachers said they were surprised that a song by Premier Jason Kenney's grandfather would be included in the curriculum.

Changes to social studies came under fire as being way over kids' heads with Grade 2 students learning about the fall of Rome and the reign of Charlemagne. It was also criticized for glossing over First Nations prehistory and diminishing the roles of Indigenous Peoples in North American history.

The Opposition NDP said that if it wins the provincial election, currently set for the spring of 2023, it would reverse the changes to the curriculum. The new drafts of the kindergarten to Grade 4 curriculum would then be in classrooms by fall 2024.

Drafts for later grades would follow in subsequent years and all Albertans would have the ability to provide input on them, the party said in a news release.

"This isn’t about Jason Kenney and his ideology, this is about Alberta's education and the learning and skills we pass on to our future leaders."

This report by The Canadian Press was first published April 6, 2021.