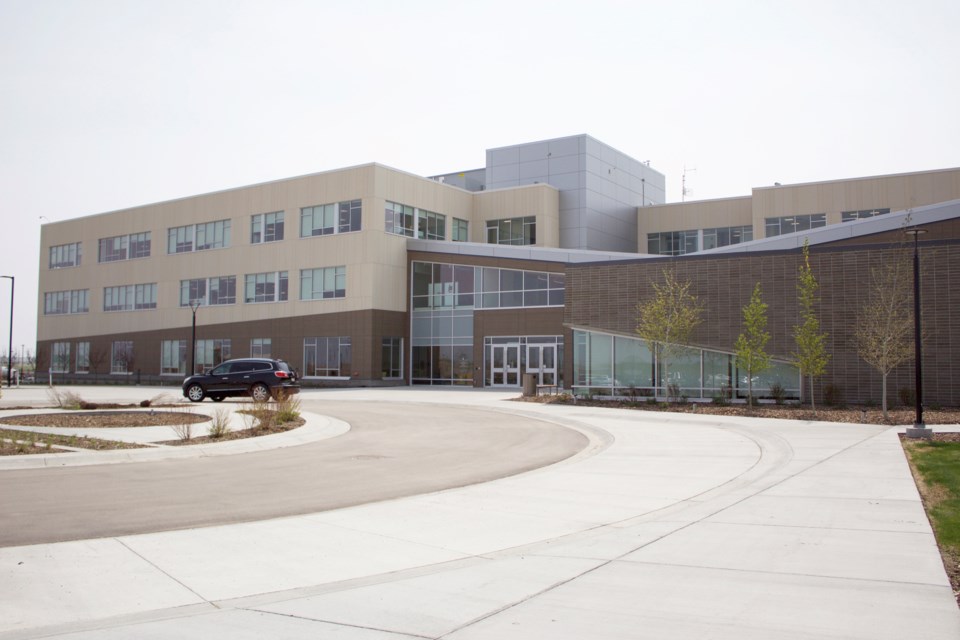 Rocky View County (RVC) has decided to terminate an agreement with Rocky View Schools (RVS) and Calgary Catholic School Division (CCSD) that was first enacted in 1998.

“The agreement addresses the maintenance, allocation and disposition of municipal reserve (MR), school reserve and municipal and school reserve lands as between the parties,” said Kent Robinson, executive director of Corporate Services.

The decision was carried with a 6-3 vote during council’s regular meeting Oct. 22, stemming from a Sept. 24 notice of motion introduced by Coun. Kim McKylor. A termination clause is included in the agreement, Robinson said, which allows any party to formally terminate the agreement with one year’s notice.

“This agreement that we have actually predetermines a set amount,” McKylor said. “We may want to give schools more – and we have given schools more, in many cases, because they come asking for more. This allows us to make that determination at a council table, and we know what is being asked for, where it’s going to go and how much they need.”

Under the agreement, when cash-in-lieu is provided for reserves as a condition of a subdivision, RVC holds 50 per cent to be administered by the municipality for projects such as parks and pathways. The remaining 50 per cent is held in a reserve fund for each school authority – which the municipality also administers – until the school boards request the funds, Robinson said.

“The school board will actually make a request to the municipality to release funds for a specific use – it’d be a capital project or whatever they’re working on – and it will come before this council to make a decision,” he said.

Once the agreement is terminated, reserve funds will be governed by the Municipal Government Act (MGA), Robinson added, which states the subdivision authority – in the case of RVC, council – determines how the money is allocated between the municipality and each school board “in accordance with the needs of each of them.”

Robinson noted anticipated changes to legislation will require municipalities and school boards to have agreements in place like the one RVC chose to terminate.

“We can certainly go through that negotiation process, but it will make it mandatory when that legislation becomes law in our MGA,” he said.

RVC “look[s] forward to working with the school boards” on crafting new agreements once changes to the MGA are in place, added Grant Kaiser, executive director of Community and Business Connections.

The majority of council supported McKylor’s motion to give notice to terminate the agreement. Deputy Reeve Al Schule said he felt the more than 20-year-old agreement included “things that have to be clarified” and needed to be reviewed because it was outdated, and McKylor added the MGA is clear about where MR funds have to be spent.

Reeve Greg Boehlke dispelled rumours that terminating the agreement would allow RVC to direct funds to developers. Robinson confirmed the MGA is “very specific” about what reserve funds can be used for.

“We could recommend to our residents and ratepayers to be very carful what you hear and what you believe,” Boehlke said. “These stories are so easy to tell.”

However, Couns. Kevin Hanson, Crystal Kissel and Samanntha Wright opposed the decision. Wright said she felt like the notice of motion did not contain a reason for terminating the agreement and that she was “voting on this a little blindly,” while Hanson worried about the message the decision sent.

Kissel, likewise, preferred to hold off on terminating the agreement.

“I think it would be better for this council to just sit back and wait,” she said. “At this time, things are properly being funded and nothing changes, really, for the schools at this point. Terminating something, I think, is a bit – we’re just kind of jumping the gun here.”

RVS could not comment on the matter at this time, according to a statement Larry Paul, associate superintendent of Business and Operations, emailed to Rocky View Weekly Oct. 30, as the school division had “received no notice or communication from RVC in regards to terminating this agreement.” CCSD did not respond to a request for comment by press time.

According to Kaiser, official notification was sent to the school boards Oct. 31.

Ottawa pledges millions to promote holiday travel in Canada during pandemic
May 31, 2020 1:45 PM

Scientists call on Alberta government to lift ban on rehabilitating orphaned grizzly bear cubs
May 31, 2020 9:00 AM