Town of Banff encourages visitors to stay away until June

“Calgarians will be the first people we will be able to welcome back. Our message will soon change from ‘stay home and stay safe’ to ‘help keep Banff safe.’ ”
May 14, 2020 8:30 AM By: Cathy Ellis 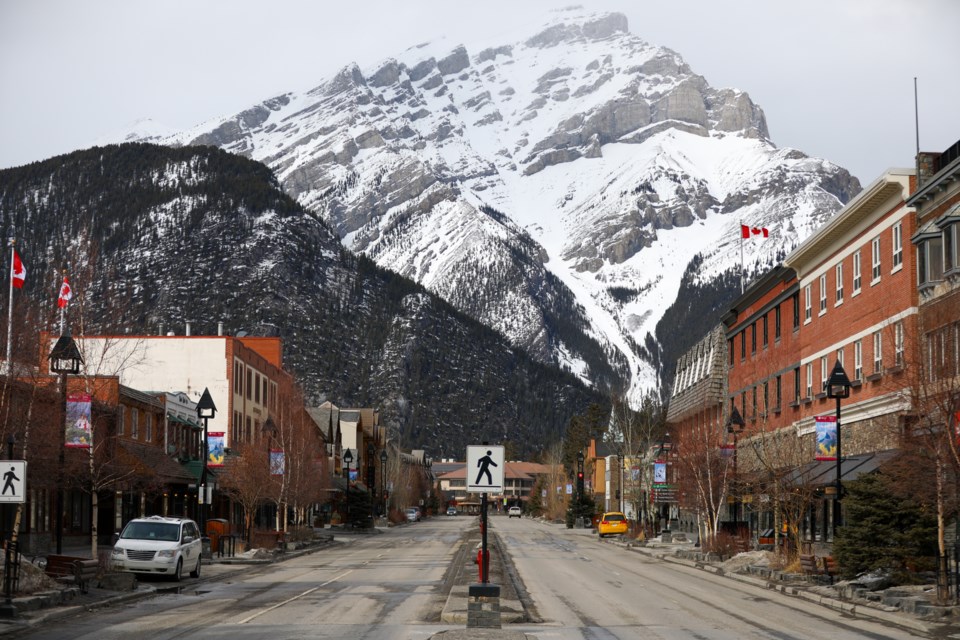 BANFF – As Alberta prepares to slowly reopen the economy, Banff’s mayor is encouraging visitors to consider staying away from the tourist town until June 1 as businesses prepare to reopen in a new COVID-19 reality.

Mayor Karen Sorensen, who sits on a newly formed Banff-Lake Louise economic task force in Banff, said the townsite looks forward to welcoming back visitors as soon as it is safe to do so.

“We recommend waiting until June when we have all the measures in place that will be required,” she said, noting the safety of residents, employees and visitors is the top priority.

“We’re working with our tourism industry partners and Alberta Health Services on measures needed to safely reopen our community.”

Until at least May 31, Parks Canada plans to keep Banff National Park closed to visitors. Services continue to be limited throughout the park, facilities are closed and vehicle access to trailheads and day-use areas remain blocked.

Although the Alberta government is doing a phased relaunch of the economy, possibly beginning as early as May 14, Sorensen said businesses in Banff still need time to rehire staff, put in place physical distancing controls and do staff training before they can reopen.

From the municipality’s perspective, she said time is needed to implement a range of measures in public spaces, such as controls on sidewalks and in parks to ensure physical distancing can be maintained.

“Calgarians will be the first people we will be able to welcome back,” said Sorensen.

“Our message will soon change from ‘stay home and stay safe’ to ‘help keep Banff safe.’ ”

Although the epicentre of COVID-19 cases in Alberta is in the Calgary region, there have been only four confirmed COVID-19 cases in Banff National Park. Three of the four patients have recovered as of Wednesday (May 13).

Checkstops have been in place at both entrances to the Banff townsite for weeks under a declared state of local emergency, turning day-trippers away to help stop the spread of COVID-19 in Banff. There were, however, no checkpoints last weekend, but they remain an option moving forward.

A new local task force – created by Banff and Lake Louise Tourism (BLLT), Parks Canada, Town of Banff and Banff and Lake Louise Hospitality Association (BLLHA) –  plans to deliver a phased plan to safely and effectively reopen the economy in Banff National Park based on direction from Alberta Health Services.

The task force is working through the details on how to gradually reopen businesses and support services, in preparation for the upcoming stages of lifting restrictions on travel and reintroducing economic activity.

As a tourist town with more than four million visitors a year, Banff was particularly hard hit by the COVID-19 pandemic. About 85 cent of the local work force was laid off and all but essential businesses, such as grocery stores, were shuttered.

Leslie Bruce, president and CEO of BLLT, said the task force will mobilize a strategy to move from business reopening to a sustainable economy.

“Our community has been hit hard by the pandemic, with large-scale temporary unemployment and businesses on the edge of permanent closure due to complete loss of revenue over the past seven weeks,” she said.

“This group will work on an approach to welcoming back visitors in a way that ensures our entire destination is safe and rewarding for the community and for visitors.”

The task force’s approach aims to address immediate needs to reopen businesses and achieve economic recovery within Banff National Park, while laying the foundation for long-term sustainability of tourism in the most visited national park in the country.

One of the park’s flagship businesses, the Banff Springs Hotel, closed its doors for the first time since the second world war to support local efforts to halt the spread of the COVID-19 virus.

Along with the Chateau Lake Louise and Jasper Park Lodge, the Banff Springs Hotel is shooting for a June 1 opening day.

“We are waiting for Parks Canada to officially announce they are going to open for day visitation on June 1,” said David Roberts, Fairmont’s regional vice-president of the western mountain region.

“We would like to align our opening with their opening. That’s our first real concern, that we don’t open before the national parks open.”

When the COVID-19 crisis hit Alberta, Fairmont laid off about 2,000 staff at its three national park hotels, but most were temporary layoffs.

Roberts said he doesn’t anticipate business levels will be particularly strong in June.

“There’s no indication any time soon that international borders will reopen and the U.S. border will reopen, so we will be relying initially on the Alberta customer base,” he said.

In the early stages of reopening, the Banff Springs Hotel hopes to have the Vermillion Room and Waldhaus Pub and Patio open, followed by the spa for hair cuts only, as allowed under phase one of Alberta’s economic relaunch strategy.

“We’ll be guided by the regulations as to when we can open the rest of the spa and health and fitness facilities and pools,” said Roberts.

“We’ll just hold until the government reaches phase two and phase three of the relaunch, at which point those will be permitted.”

Representatives from Banff and Lake Louise Hospitality Association sit on the new task force. The group reports that hotel occupancy rates have hovered around one per cent for the past seven weeks.

“It is critical that we work with the business community to ensure they have the safety measures and training in place to provide the highest quality of responsible service delivery for staff and customers as we move through a staged approach to welcoming visitors back to our destination,” he said.

“As we continue to navigate the impact of the pandemic, it is imperative that we do not undo all the achievements of our community to stop the spread of COVID-19,” she said.

“We will work with our community on the measures in public spaces we will need in order to maintain safe distancing between individuals and other health protocols that everyone will have to follow while in Banff.”