The story of the Stoney Nakoda First Nations’ near 100-year history in film is being brought to life.
Sep 17, 2015 12:00 AM By: Rocky Mountain Outlook 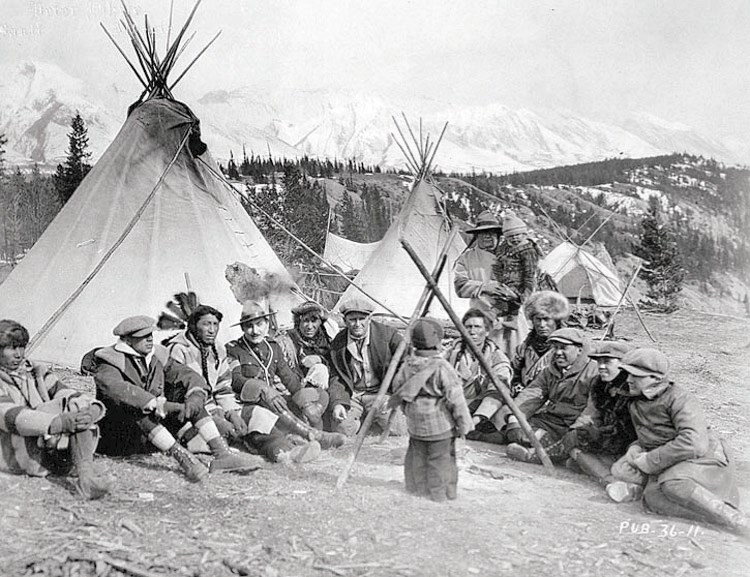 The story of the Stoney Nakoda First Nations’ near 100-year history in film is being brought to life.

A project will soon begin to uncover the undocumented history of Stoney Nakoda involvement and influence on Alberta’s film industry through the Heritage Preservation Partnership Program (HPPP).

The province granted $22,590 to support bringing together elders from the three Stoney Nakoda bands – Chiniki, Bearspaw and Wesley – to sit in on 12 film screenings that may unlock lost history of the bands.

The HPPP project is one of 60 ventures that received a total funding of $1.5 million last week.

Organizers of the screening hope to show two movies once a month starting in fall at the Stoney Nakoda Resort and Casino. All of the films feature components of Stoney culture and may have cast members of the three bands.

In this research, knowledge gained will be used in part of the planned publication of Calgary author Mary Graham’s two-part manuscript The Stunning Backdrop: a Century of Alberta Landscapes in the Movies.

Graham has worked diligently for the past seven years on the manuscript. She is hoping to have the first part available by 2017, which focuses on Alberta’s pre-1960 filmmaking history. It would come out just in time for the 100-year anniversary of filmmaking in Alberta.

The very first movie filmed in the province was back in 1917 and is called Until They Get Me. Directed by Frank Borzage, the film is a black-and-white cowboy drama that heavily focuses on body language for the plot.

Graham believes the location of this 1917 film is set on the Morley reserve and three Stoney Nakoda cast members are featured in it. She is intrigued if any of the elders would recognize an ancestor in any of the 12 screenings.

“What sort of spurred this project is that there’s no way to find out this information, it hasn’t been recorded anywhere that I have found so far, but the elders may know,” said Graham. “They will recognize their ancestors, they will recognize the historic artifacts and they may recognize landmarks. They are the only way we can access this information and that is what prompted the project.

“In my mind, it’s primarily for (Stoney Nakoda First Nations) to give some of their history back, and the fact that they’re willing to share it with us, I’m very gratified.”

When Graham began research on the manuscript, she quickly realized there was a lot of film activity in the Banff area in the 1920s, and in them, the Stoney influence was undeniable.

“It became apparent that the Stoney Nakoda were significantly involved in those movies,” Graham said, adding many members were hired as mountain guides, extras and set builders.

Graham said the Stoney Nakoda were “sought after” by filmmakers coming to Alberta due to their professionalism on set.

Along with the elders, Graham has invited knowledgeable figures in filmmaking, and those with Rocky Mountain knowledge to give perspective on the films.

“I’m looking forward to starting the screenings; I don’t know what we’re going to find,” said Graham. “Certainly it’s a lost history and if there’s some way to bring some of it back…they need to know what their ancestors did.”

About the Author: Rocky Mountain Outlook

The Rocky Mountain Outlook is Bow Valley's No. 1 source for local news and events.
Read more