Ben Sures is a folk, roots and blues singer-songwriter and guitar player who’s played all over Canada. He’s released seven albums, all to critical claim, and his 2011 album Gone to Bolivia was CKUA radio station’s most played record.
Jul 9, 2015 12:00 AM By: Cochrane Eagle Staff 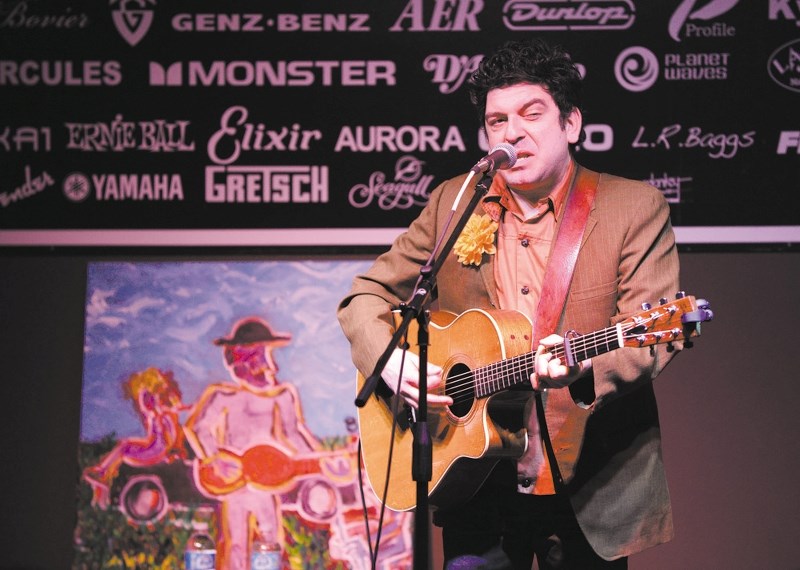 Ben Sures is a folk, roots and blues singer-songwriter and guitar player who’s played all over Canada.

He’s released seven albums, all to critical claim, and his 2011 album Gone to Bolivia was CKUA radio station’s most played record.

What’s he up to now? Among other things, learning cowboy music, and it’s not even because of the Calgary Stampede.

Sures spoke with the Eagle as he was driving the 401 Highway in Ontario about his recent Banff Centre residency, hopefully getting down to some recording and, yes, cowboy music. Where was he going, we’re not sure, but at least he’s coming to Cochrane July 17.

Eagle: What’s something you’ve been exploring or experimenting with since you spoke with the Eagle last year?

Sures: I just had a residency at the Banff Centre and I got to interact with a few classical musicians. It gave me some ideas about wanting to do a bit more playing and I think I’d like to record an acoustic trio. I don’t know how the classical music led to it, but somehow I went from classical music to wanting to play with a mandolin and an upright bass player. And I did that for a week in Manitoba and it was really cool and really fun. Lots of playing off each other.

Eagle: What are you most satisfied with from your time at the Banff Centre?

Sures: It was very productive. I committed to this consistent schedule. I started every morning at 9 a.m. after breakfast and went all day. People don’t realize that there’s a certain aspect of the music industry where – and I don’t blame anyone – there’s certain avenues where you’re not treated with very much dignity. At the Banff Centre, you sort of feel like you’re respected and valued and they appreciate what you do and why you’re there. It’s kind of like if someone across the room is looking at you and you look behind yourself to see if they’re looking at somebody else and they’re looking at you. You go there and the whole environment is set up in a way that you’re treated in a way that you produce your best work.

Eagle: Who would you like to collaborate with that you haven’t yet?

Sures: I don’t know if it’s anyone specific, but just certain kinds of players. There’s all this sort of modern acoustic music that’s well played.

I’m hoping at some point to do some recording with Chloe Albert and Karla Anderson (part of the project Honey in the Jar). Got a few things on the go. This week I’m learning cowboy songs. It’s great music that I’ve always liked but never really learned. I’m even learning a couple of Corb Lund tunes.

Eagle: By cowboy songs do you mean like older country?

Sures: I’ve always liked swing music like that. What I like about the music is for one thing, it’s all really well played, the melodies are great, the storylines are great. Some of it can be commercial music of the time, but there were really good players on it and great singers. I appreciate the sort of pure entertainment value of it.

Eagle: What do you like about playing in Alberta?

Sures: The number one thing in Alberta is, other than there are lots of people who love music, CKUA has really helped shape the taste and helped expose people to different kinds of music. It’s not only created more opportunities for people like me but it’s also created a different appetite for a wider variety of music. So someone like me can come to a place like Cochrane and instead of playing a coffee shop, I can play concert at Legacy and people will come and be familiar with my music.