Shawna Caspi is coming to town to sing, play guitar, and seek out the next landscape to paint. “I’ve been taking a lot of photos on this tour and I suspect that when I get home I’ll be painting lots of Alberta places,” Caspi said with a laugh.
Sep 24, 2015 12:00 AM By: Jenna Dulewich 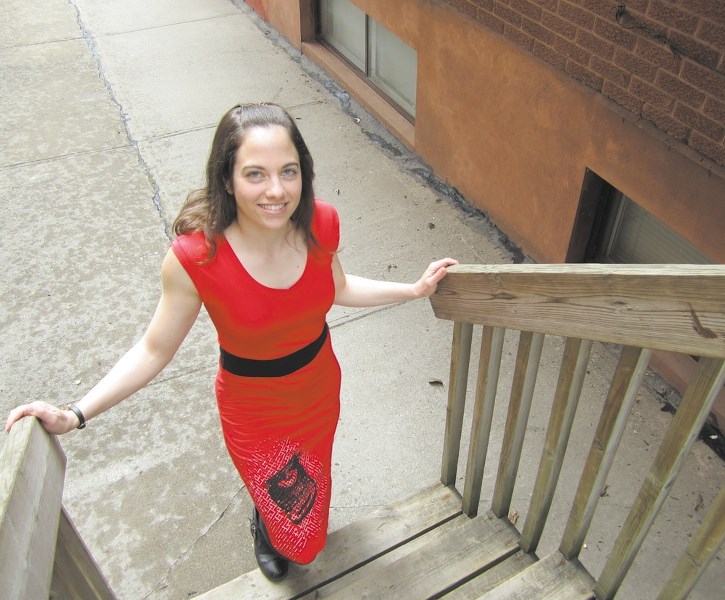 Shawna Caspi is coming to town to sing, play guitar, and seek out the next landscape to paint.

“I’ve been taking a lot of photos on this tour and I suspect that when I get home I’ll be painting lots of Alberta places,” Caspi said with a laugh.

The singer/songwriter is in Cochrane Sept. 26 to play at Legacy Guitar and Coffee House, but said she would be exploring in-between to find interesting landscapes to capture on camera.

Caspi said she is excited to get back to the mountains after touring in Southern Alberta last November. One of the paintings for sale on her website includes a landscape of Bragg Creek.

“Last time I was touring in Alberta, the last show I did was in Calgary and I was planning on driving up to Banff to see the sights,” Caspi explained. However, the day of her trip to explore Banff for the first time, there was a huge snowstorm.

“I got as far as Bragg Creek and got to see where all the destruction had happened a couple of years ago – it was snowing and really peaceful and beautiful. When I got back home I ended up painting a couple of shots.”

Caspi said she is enjoying this tour more than the previous year’s.

“This time, I’m doing a lot of driving, while last time [I toured] I was on the Greyhound,” she said. “I’ve been taking a lot of time stopping at places.”

When asked if she ever had the chance to explore Cochrane and the surrounding area, Caspi said she hadn’t, but she is excited to this time around.

“I did hear of a place called Ghost Lake and I’m hoping that I’ll have time to see something in that direction.”

This tour comes after the release of Caspi’s third album, Apartment for Lovers.

“This will be my first time in Cochrane and I’m definitely excited,” Caspi said. “I’ve heard some really cool things abut the Legacy too – because I’m a guitar player, I’m excited to play in a guitar store and see what they got there.”

Caspi, who has been trained in classical guitar playing, said she likes to play in more intimate venues, like Legacy.

“I’m more interested in non-traditional venues – I do a lot of house concerts and [playing] in people’s living rooms. It is much more intimate and people can really get into that music,” she said.

The Ontario-born musician has been singing and playing guitar since she was a child, playing interesting venues, such as long-haul trains between Montreal and Halifax and between Vancouver and Toronto as part of VIA Rail’s ‘Artists on Board’ entertainment program.

Studying classical music in university, Caspi said she has always leaned towards folk music as a personal favourite.

“I started finding out about folk music when I was in high school and I was in Ottawa at the time and had gone to the Ottawa Folk Festival – I was just really attracted to the way folk music tells stories and the authenticity of it,” Caspi reminisced.

The most recent album is a solo-guitar voice record and Caspi explained that when you come see her live show it is exactly what you hear on the record.

“I’ll be playing some songs that hopefully will make people think and maybe even sing along – I just want it to be a nice, relaxed, really close-up kind of show,” Caspi said.

“I love meeting people that come out, so I’m happy to hangout and get to know the audience.”

Caspi’s other favourite thing about touring? The landscapes, of course.

“Going to see the town, if I wasn’t doing this job, I think I wouldn’t have otherwise gone to – it’s nice to see parts of Canada I haven’t otherwise discovered.”

Caspi’s CDs and paintings will be available for sale at her show in Cochrane at the Legacy Sept. 26; doors open at 7 p.m.

For more information and for tickets visit legacyguitar.com.