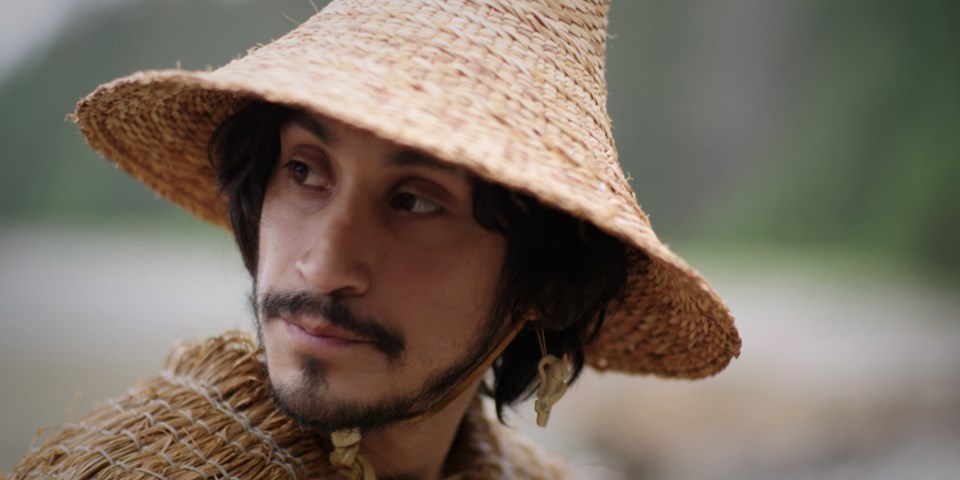 Chinook Film Group will open up its 16th season on Sept. 18. Submitted Photo

Chinook Film Group in Cochrane will begin its 16th season by presenting Sgaawaay K'uuna: Edge of the Knife on Sept. 18 at the Cochrane Movie House.

Sgaawaay Ḵ'uuna: Edge of the Knife is a 2018 Canadian drama film co-directed by Gwaai Edenshaw and Helen Haig-Brown. It is the first feature film spoken only in dialects of the Haida language. Set in 19th-century Haida Gwaii, it tells the classic Haida story of the traumatized and stranded man transformed to Gaagiixiid, the wildman.

With input from Haida Gwaii residents, the screenplay was written in 2015 by Gwaai and Jaalen Edenshaw, Graham Richard, and Leonie Sandercock with the aim to preserve and teach Haida, an endangered language. Contributors to the film's budget of $1,890,000 Canadian, includes the Council of the Haida Nation, the Canada Media Fund, and Telefilm Canada. The film was created primarily by indigenous people, including the co-directors, a mostly amateur crew, and the Haida cast. In 2017, Edge of the Knife actors were taught to speak Haida at a two-week training camp and throughout the five weeks of filming.

First shown on 1 September 2018 to Haida Gwaii residents, whom the film's creators said were the primary audience, Edge of the Knife made its public premiere six days later at the Toronto International Film Festival, which named the film in its annual Canada's Top Ten list.

In a 19th-century summer, two large families gather for their annual fishing retreat on the far-removed island of Haida Gwaii. Adiitsʹii, a charming nobleman, causes the accidental death of his best friend Kwa's son and hastens into the wilderness. Adiitsʹii is tormented by what he has done and spirals into insanity, becoming Gaagiixiid, a supernatural being crazed by hunger. He unexpectedly survives the winter, and at next year's gathering, the families try to convert Gaagiixiid, back to Adiitsʹii, while Kwa also wrestles with a desire for revenge.

The film recieved an 8 out of 10 from The Gate Entertainment Magazine while also receiving a grade of three and a half out of four on Rotten Tomatoes.

Tickets are priced at $10 and are avaliable at The Gentry Espresso and Wine Bar.