Tickets are available now at the Gentry Espresso and Wine Bar for $10 per movie ticket or $25 for a ticket and dinner which reserves you a seat in the two centre rows. The menu will be a Saskatchewan inspired mix for the main course and a possible dessert to follow.
Jan 10, 2020 10:45 AM By: Troy Durrell 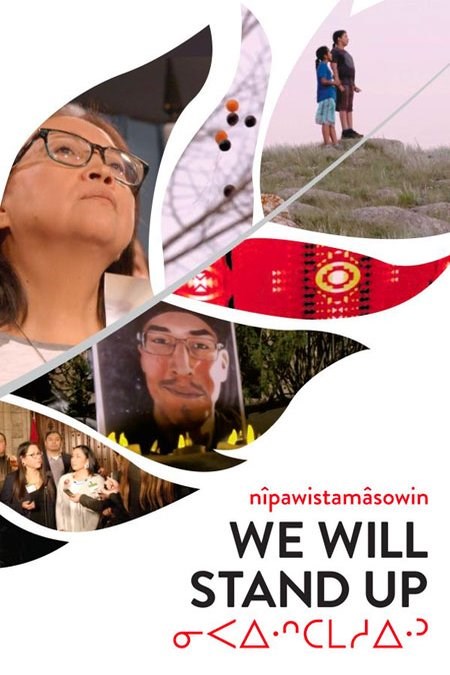 Chinook Film Group is back to kick off 2020 with their winter season by showing We Will Stand Up on Jan. 15 at the Cochrane Movie House.

The most difficult stories to tell are the ones we most need to hear. Colten Boushie, a young Cree man from Saskatchewan, was killed by a bullet to the head on Gerald Stanley's farm in 2016. Eighteen months later, after the RCMP investigation and trial, Stanley was found not guilty of second-degree murder. The jury's verdict drew national attention and a public outcry advocating for reforms to the Canadian legal system. With strength and authenticity, filmmaker Tasha Hubbard bears witness to a tragic story that traces back through centuries of injustice and colonial violence endured by First Nations peoples. Reflecting on her own family connections to Indigenous and settler histories, Hubbard faithfully follows the Boushie family's pursuit of justice all the way to the United Nations. Drawing together the present and past, Hubbard crafts an urgent and powerful film that demands not only our attention but our action.

We Will Stand Up is a Canadian documentary film, directed by Tasha Hubbard and released in 2019. The film centres on the 2016 death of Colten Boushie, and depicts his family's struggle to get justice after the controversial acquittal of Boushie's killer. Narrated by Hubbard, the film also includes a number of animated segments that contextualize the broader history of indigenous peoples of Canada.

The film premiered in April 2019 as the opening film of the Hot Docs Canadian International Documentary Festival, the first time the festival had ever selected an Indigenous-themed film as its opening gala. It subsequently had its commercial premiere at the Roxy Theatre in Saskatoon, Saskatchewan on May 23, 2019, before screening on a Canadian tour that included a week at the TIFF Bell Lightbox.

Tickets are available now at the Gentry Espresso and Wine Bar for $10 per movie ticket or $25 for a ticket and dinner which reserves you a seat in the two centre rows. The menu will be a Saskatchewan inspired mix for the main course and a possible dessert to follow.