Chinook Film Group presents Gordon Lightfoot: If You Could Read My Mind 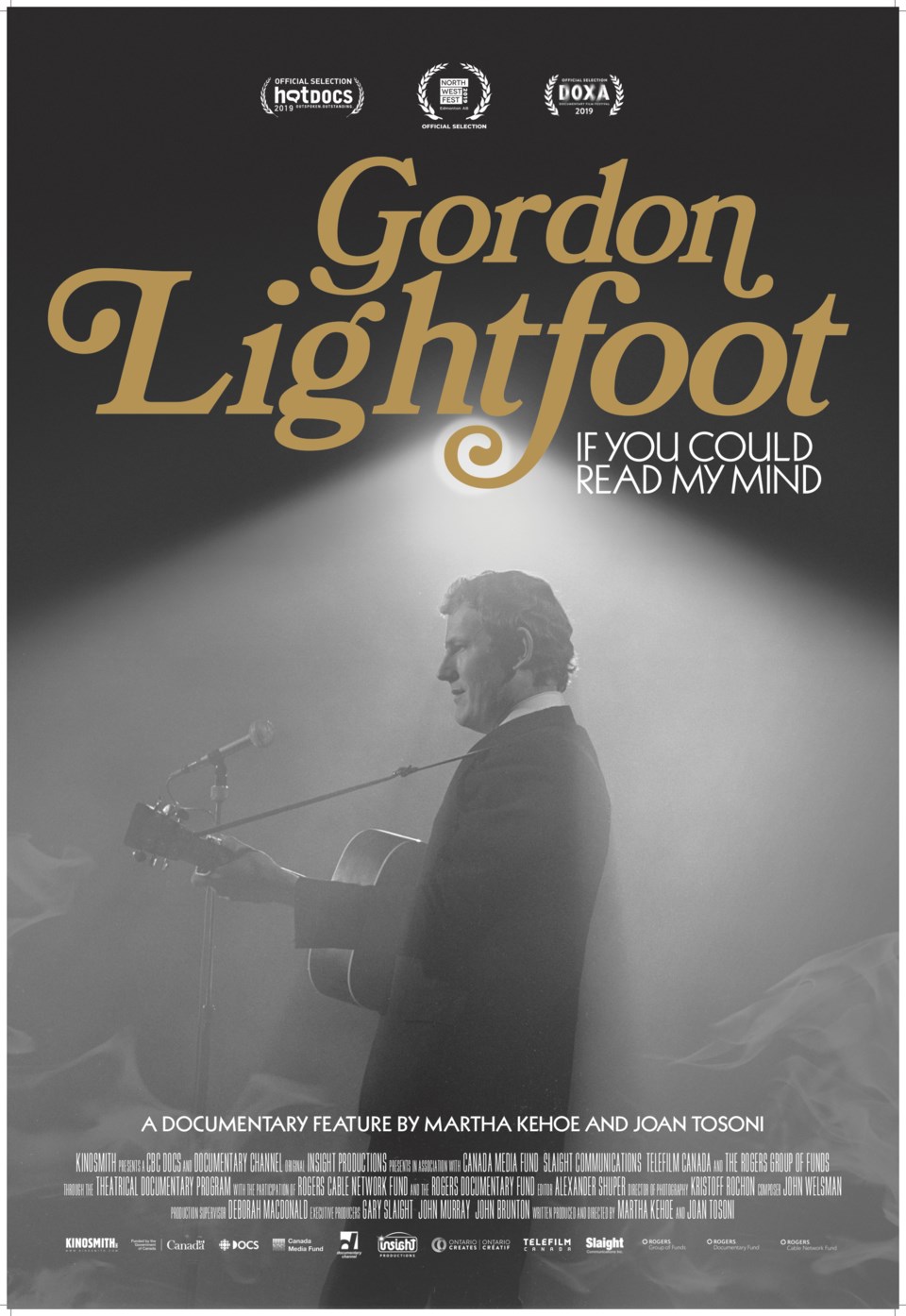 Chinook Film Group is back to present Gordon Lightfoot: If You Could Read My Mind, on Oct. 17 at the Cochrane Movie House. The film is a documentary about Lightfoot's life and adventure into becoming a folk-country music star.

In Canada's history, there are few people who signify the nation's modern confidence in its arts more than Gordon Lightfoot. This singer-songwriter's singular talent in music changed the world's opinion of Canada's culture with his tremendous variety of songs that both celebrated the nation and touched its soul. Sparing nothing about Lightfoot's personal weaknesses and failures, as well as his triumphs, this film covers Lightfoot's career from his own words and his closest associates with recordings of his greatest hits.

"Portrait of a Canadian icon: with unprecedented access to the artist, the film takes audiences from high school auditoriums in straight-laced, small town Ontario in the 1950's to the coffee houses of Yorkville and Greenwich Village in the 1960's, through turbulent, substance-fuelled arena shows of the 70's, and finally to the artist in present day," a review from the Vancouver International Film wrote about the film. "Lightfoot himself is ruminative and reflective, particularly as he thinks back on his relationships with women over the years. The documentary also features interviews from Lightfoot's peers Ian and Sylvia Tyson, Randy Bachman and Steve Earle; famous fans such as Rush, Alec Baldwin, Anne Murray and Sarah McLachlan as well as behind the scenes stories from members of his longtime band. This is an intimate and emotional examination of the artist's profound relationship to his music and his Canadian roots."

Lightfoot's songs, including For Lovin' Me, Early Morning Rain, Steel Rail Blues, Ribbon of Darkness - a number one hit on the U.S. country chart with Marty Robbins's cover in 1965, and Black Day in July about the 1967 Detroit riot, brought him wide recognition in the 1960s.

Canadian chart success with his own recordings began in 1962 with the No. three hit (Remember Me) I'm the One, followed by recognition and charting abroad in the 1970s. He topped the US Hot 100 or AC chart with the hits If You Could Read My Mind, Sundown; Carefree Highway, Rainy Day People, and The Wreck of the Edmund Fitzgerald, and had many other hits that appeared in the top 40. Several of Lightfoot's albums achieved gold and multi-platinum status internationally. His songs have been recorded by renowned artists including Elvis Presley, Johnny Cash and Hank Williams Jr.

Tickets are $10 at the door at the Gentry Espresso and wine bar. The show will begin at 7 p.m.