Cochrane Culture Festival is looking to showcase your heritage

Ready to bust out the lederhosen, crank up the Punjabi pop tunes or fill up on some kare kare (traditional Filipino oxtail stew)? Now is your chance to sign up and show off your heritage in what is shaping up to be one of the bigger festivals this ye
Mar 21, 2019 1:00 AM By: Lindsay Seewalt 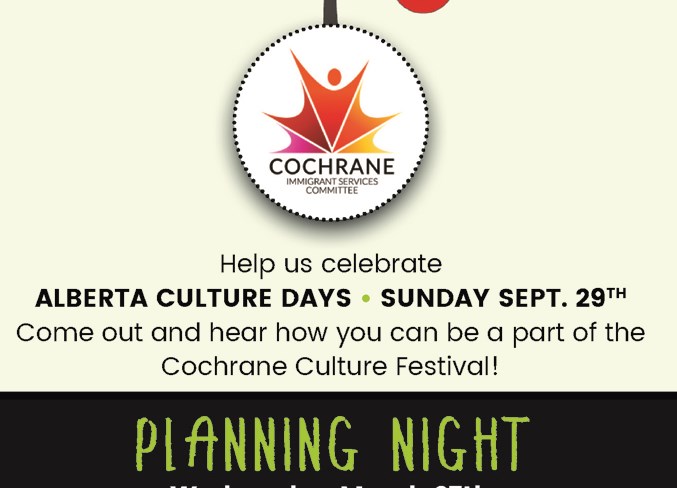 Ready to bust out the lederhosen, crank up the Punjabi pop tunes or fill up on some kare kare (traditional Filipino oxtail stew)?

Now is your chance to sign up and show off your heritage in what is shaping up to be one of the bigger festivals this year.

While the event is still months away, it takes some pretty significant planning with a number of cultural groups and the help of a small army of volunteers to pull it off in an event that will line Historic Downtown streets with all things cultural – from traditional dancing and music, to colourful garb and garments, artworks and everyone's favourite: the fragrant and diverse cuisine.

With growing migration from across the globe, notably Great Britain and Central and South America, Shier said the committee would love to have as many booths as possible and would welcome representation from lesser known cultural groups.

The committee will also reach out to nearby Stoney Nakoda First Nation to have local Indigenous representation.

Grant dollars from both the Calgary Foundation and Cochrane Foundation will help fund the event, which will lend a small budget to each of the booths set up by participating cultural groups.

Those who wish to get on board or learn more are encouraged to attend a coffee session on March 27 at 6:30 p.m. at Good Earth Coffeehouse.

Jessica Ingard immigrated to Canada from Lima, Peru in 1998. Landing first in Ontario, where her two sons were born, Ingard moved to Cochrane in 2009  and has since worked and volunteered for a number of non-profits and community organizations in town.

"Last summer I joined the Cochrane Immigrant Services Committee through work, but since the first meeting I attended I felt it was just what I needed to give back to this amazing community, so I started volunteering ever since and I am thrilled to be part of such an amazing group of people," said Ingard, who works as a child development mentor with the Boys and Girls Club of Cochrane and Area.

Paul Singh, last year's Cochrane Citizen of the Year, will be taking part in the festival as a committee volunteer and liaison between cultural groups. Those attending can anticipate traditional Indian dishes such as samosa, fresh naan and curry – courtesy of local restaurateur Jag Thind of Mehtab East Indian Cuisine.

"It's going to be a big cultural day ... all proceeds from food donations will go to non-profit in town," said Singh, who hails from the province of Punjab in northern Indian and received his Canadian citizenship last year.

Jolan Muran has been an arts and culture programmer for the town for 13 years.

Muran, who takes an organizational role with the annual Cochrane Culture Days – herself a visual artist – is excited to add the festival to the weekend event.

"This is going to be our first partnership with them and they're looking at a pretty large event ... Culture Days is like that, you gain steam and suddenly it's this large concept," said Muran.

The CISC is a volunteer committee that is a partnership of Rocky View Immigrant Services, Rocky View Education, Helping Hands and Family and Community Support Services of Cochrane and Area.