Come and celebrate the great movies of years past when the Cochrane Movie House hosts a customer appreciation celebration on Sept. 21.
0
Sep 20, 2019 2:00 PM By: Troy Durrell 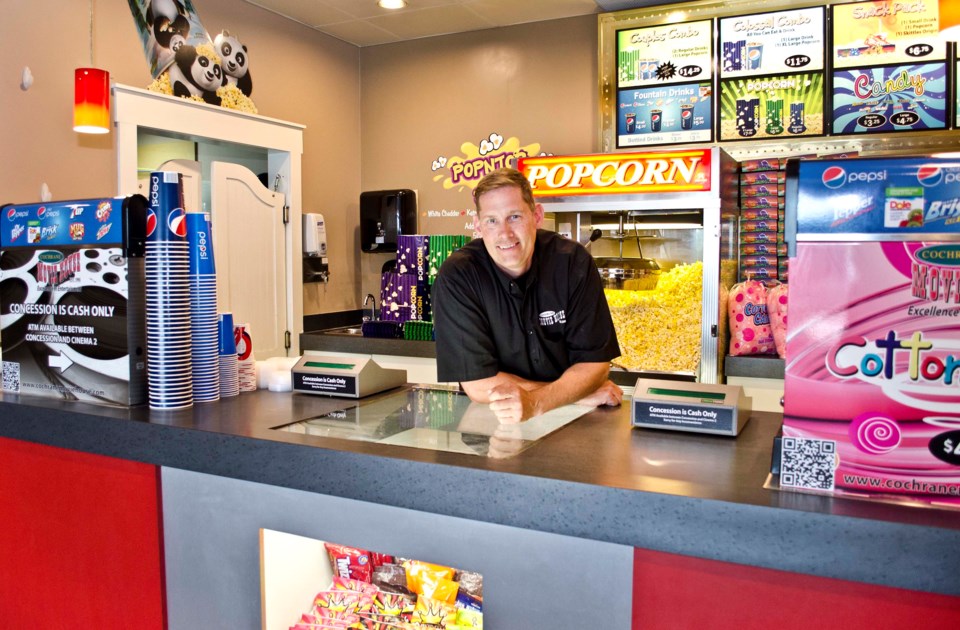 The Cochrane Movie House is hosting a customer appreciation celebration on Sept. 21 to celebrate their 20th anniversary. File Photo

The Cochrane Movie House is celebrating its 20th anniverary this year by hosting a customer appreciation celebration on the morning of Sept. 21.

"Our event will be on Sept. 21 and what we're doing is rolling out some of the greatest hits that we've played here in the last 20 years," said owner and manager of the Cochrane Movie House, Hal Wolf. "We're going to put on five movies, that are all free to the public from with the first movie starting at 9:45 a.m. and the last one starting an hour later. The lineup and showtimes are available. We'll be giving away free popcorn and prizes during the celebration on Saturday."

"It was important to do this for the community because it really embraces what we do here at the theatre. If you're going to run a business in the community, you want to feel apart of the community. So why not involve the community in the celebration, give away some free movies and 20 years is a good milestone for a small business. Kind of a customer appreciation as well as us turning 20 so I guess you could say we're killing two birds with one stone."

Wolf said the last 20 years have been spectacular for the movie house but they couldn't have down it without the support of the community.

"I think the journey has been fantastic and it still goes on. We're a long way from being done though," said Wolf. "At the beginning it was really hard, there were only 7,500 people in Cochrane when we built the theatre and it was only a twin (two theatres) but we had expansion on our mind so we bought enough property in order to do that. In the beginning it was a really tough go to make it work here in Cochrane, but like anything it's been fantastic and we've been very fortunate that the community of Cochrane has supported us throughout the years and we thought it was very important for Cochrane to have a theatre so it's been great all the way around. The years have gone by real fast and the adventures continue for sure."

"We're very fortunate in the fact that we were allowed to grow with Cochrane and had the chance to expand from two theatres to five and reach 100 per cent of the market. We're able to play family shows, action adventures, comedies, dramas, independent films, we've been able to play as much product as we've possibly can so therefore, not giving the people of Cochrane a reason to go elsewhere to watch major motion pictures at other places. So on that note, getting the feedback from the community was imperative for us because with a twin we were very limited but once we were able to provide more theatres and therefore more variety, our viewership went up. In the last 20 years, Cochrane went from 7,500 people to 30,000 people and we continue to grow with the community which is mutually beneficial where we're able to provide what the people want and they pay it back by coming to experience these movies with us."