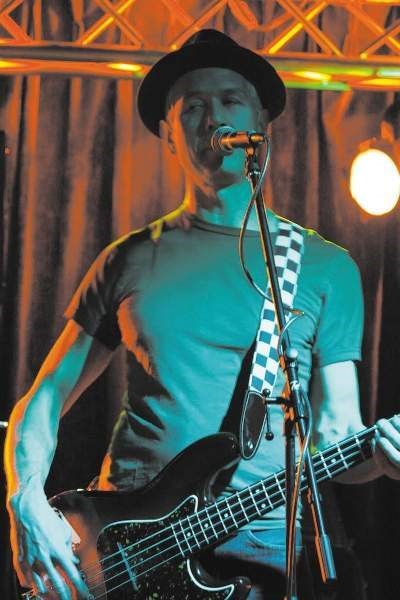 Back in March 2008, Conrad Walz played a solo set at ‘The Alberta Sessions: Songwriter Series’ in Calgary. As David Ward, host of ‘the afternoon edition’ on CKUA radio put it: “The most memorable music I heard at this year’s Alberta Sessions was provided by a singer-songwriter from Calgary who I had never seen before.”

Ward mentioned how someone so talented could have flown below his radar, listing off the “easy-going confidence, the seasoned musicianship, the nicely weathered but easy-on-the-ears voice, and the deceptively simple songs filled with great hooks which seem to spring effortlessly from the imagination of Conrad Walz,” according to Walz’s bio on his site.

Jann Arden’s former manager, Neil MacGonigill, also had words of praise for Walz: “Conrad Walz kind of scares me! Why? Because rarely do you find someone as accomplished in as many fields as Conrad is.”

Hailing from Calgary, Walz’s bio argues that he is a product of his environment. “The majestic Rocky Mountains to the west and the simple, honest prairies to the east both find a metaphoric place in his music. Though his style could be described as rootsy, sometimes bluesy, alternative country tinged, pop rock music, he prefers to just call it rock ‘n roll.”

According to the write up, it all began with childhood piano lessons, which set the stage for a teenage obsession with all things guitar. His path has since wound its way through many a band, across stages big and small. From solo, acoustic, local pub gigs to festival performances in Europe, from the whiskey soaked midnight ramblings of country/punk rockers, Swamp Donkey, to the sugar rush power pop of WaxPoets, through highway blizzards, hotel brawls, and all manner of heartache, Walz has arrived only slightly worse for wear, at the here and now.

Although his website mentions an album in the works post-dated from November of last year, a search online revealed nothing further. So, you might just have to wait until his show May 22 at Legacy Guitar and Coffee House to ask him yourself.