Nova Scotia singer-songwriter J.P. Cormier could never have guessed that his song about the perils of post-traumatic stress disorder veterans face when returning home would stir such a response.
Apr 9, 2015 12:00 AM By: Cochrane Eagle Staff 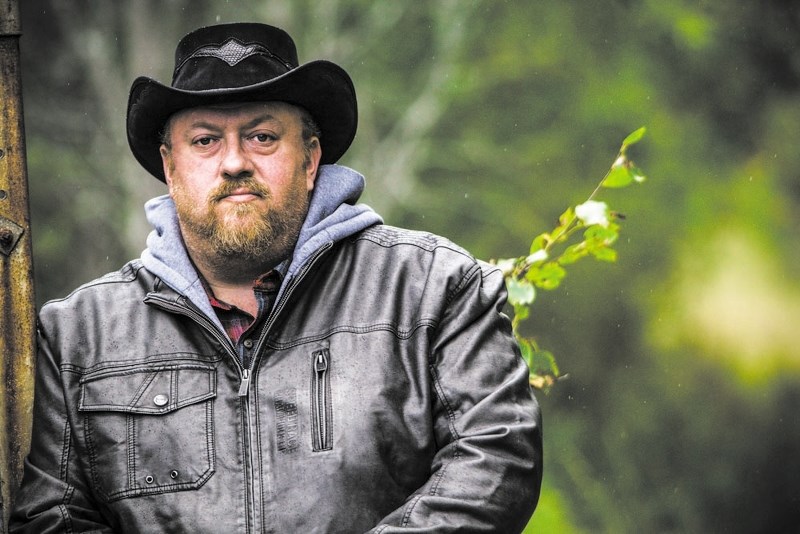 Nova Scotia singer-songwriter J.P. Cormier could never have guessed that his song about the perils of post-traumatic stress disorder veterans face when returning home would stir such a response.

His song ‘Hometown Battlefield’, the story of a soldier trying to adapt to civilian life while dealing with PTSD, struck a significant chord with many former service members. With hundreds of letters and over a million hits on his recording posted on his Facebook page, Cormier has touched upon a subject matter that’s not being talked about enough, he argues.

He spoke with the Eagle about the impact of his song among other things.

Eagle: Your song ‘Hometown Battlefield’ is about a soldier returning home affected by PTSD and being unable to cope with the psychological trauma. The recording posted on your Facebook page has received over a million hits. Could you describe the response?

Cormier: Insane. I still get 10, 12 letters a day from soldiers all over the planet that heard the song and felt better about everything after they heard the song.

Eagle: Would you say it’s therapeutic, even cathartic for soldiers?

Cormier: There’s been many soldiers that told me they didn’t kill themselves because they heard it. That’s about as cathartic as you get.

Eagle: How do you response to that?

Cormier: With a great deal of fear. And feeling pretty unworthy, I’m just a folk singer. I’ve been in their world; there’s no way I’ve ever walked in their shoes. Anything that I say about these subject matters is strictly coming from a layman, so it’s pretty overwhelming.

Eagle: What do you think it is about the song that really struck a chord?

Cormier: I think there is something much deeper going on, and the bottom line is what I’ve been hearing from these people is that nobody ever said these things before in song. I find that hard to believe but apparently nobody has stood up and said, ‘Hey, there’s a lot more going on to war – going over to a foreign country and shooting people.’ After they do that, they have to come home and live like normal people and you can’t.

Eagle: What do you think needs to be fixed or changed in how we support our soldiers affected by PTSD on a societal level?

Cormier: It’s hard to say what to (change) about any of it or say to anyone about because you can’t go back and change things. The only thing we can do for any of these people is to acknowledge them. That’s the problem. What’s killing them is not there PTSD, it’s the silence around it. They’re trained to be quiet and to be brave and to be strong and never mention what’s going on because they don’t want to look weak. And then of course if Joe Blow on the street acknowledges that these people have PTSD and they’re suffering and dying, he then has to acknowledge that wars exist and we’ve done nothing to stop it. They’re going to come home and we’re not going to take care of them. You come home messed and no one’s going to help you. You can’t reach out to the military, you can’t reach out to the people on the street. (You’re) living inside your own head, which is a horrible, horrible place to be for some of these people. When I look around and see a guy with no legs having to prove that he’s still an amputee, that’s the most obscene travesty of social justice. There’s no justice in that; there’s none. We have to get a different kind of people in power who are actually going to do something. It’s hard to find; politics ain’t geared that way.

Eagle: You’ve released 16 albums to date. Looking back at your career, what are you most satisfied with and in what ways do you think you still need to improve?

Cormier: You never stop learning. I strive to improve as a musician every day. Whether studying the masters or listening to the new players coming up, there’s a lot of them. Probably the greatest satisfaction I have is my longevity. I’ve been in this 33 years – non-stop on the road – and I’m still going and a lot of guys can’t say tha any more. They didn’t last. And unfortunately most of the guys who didn’t last are the best. They get the big record deal, they get the radio play. They can hit the top of the mountain of this industry and unfortunately the mountain has a downward slope on the other side.

Eagle: Your new album, The Chance, has the overriding theme of risks and opportunities people take. What is it about this theme that resonated with you and why did you choose it?

Cormier: I try to make records that have a cohesive line of thought. Sometimes you don’t know what the line of thought is…right away. You’re picking through 15, 20 songs and you’re like, ‘How’s this jigsaw puzzle fit together.’ It didn’t take long to see the overlying and underlying premise behind the material (of this album).

We are faced with hundreds of choices every day. We also have to realize the choices that we make as human beings and life is not encapsulated or controlled in the tiny environment that surrounds us personally. Every time you make a choice it affects the whole universe. If you leave the house five seconds, 10 seconds later then you thought you could avoid running over someone in the street. We just don’t realize how closely we’re all connected. At some point in time we’re going to realize that we can’t just make choices for ourselves and run roughshod over everybody else. We got to smarten up. Before it’s too late.

Eagle: What do you have in the works next?

Cormier: I usually try to not put out the same thing over again. Whatever’s going to come out next is going to be completely different than this project. I love to pick, so it’s probably going to be something with a lot of picking.

Cormier is currently on tour, and will playing at Saturday, April 18 at 7:30 p.m. at the Cochrane Alliance Church.

Tickets can be purchased at cochranefolkclub.com/tickets.html.