Singer-songwriter Andrea Nixon has opened up her soul to give voice to a unique point of view rarely heard from in modern music.
Apr 13, 2017 12:00 AM By: Cochrane Eagle Staff 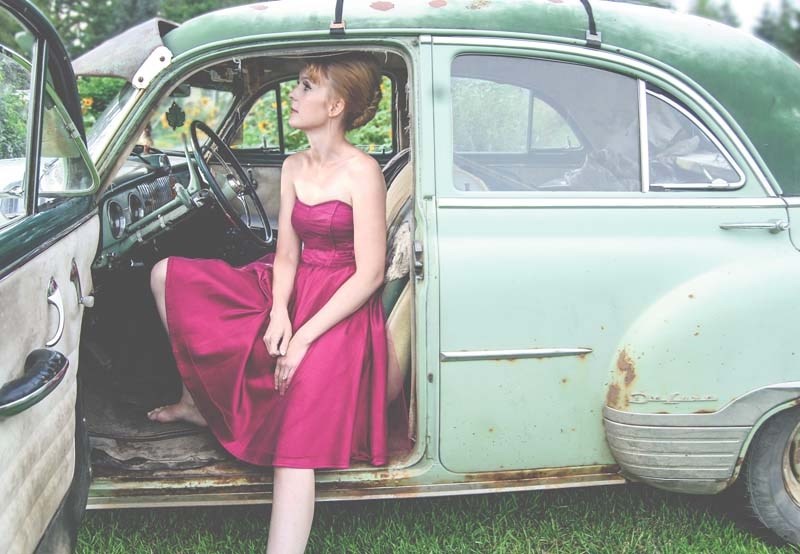 Singer-songwriter Andrea Nixon draws upon her experiences as a mom, a teacher and a wife for her personal and emotional lyrics.

Singer-songwriter Andrea Nixon has opened up her soul to give voice to a unique point of view rarely heard from in modern music.

“I wanted to represent universal stories, but distinctly from the perspective of a housewife, and a proud housewife,” said Nixon, a musician and mother of three. “The stock character of a poor housewife is not necessarily true.”

Nixon – twice nominated for the Female Artist of the Year by the Alberta Country Music Awards in 2015 and 2016 – brings her “twang and croon” sound to the Royal Canadian Legion on April 21.

Influenced by Patsy Cline, Loretta Lynn, Dolly Parton and other strong women, the energetic Edmontonian used her own experiences as a wife and mom to craft emotional and intimate lyrics for her debut album, Diary of a Housewife.

“The perspective of a housewife is often muted, because you’re sort of cloaked in your home. Everyday people have stories – and it’s important those stories get representation,” she said. “That’s my motivation for songwriting … (for people) to hear some truth in it and feel a little less alone in their experience.”

On the EP, Nixon belts out tunes like Nothing Lies, which describes a woman “being trapped in the wrong love” and The Song Without a Name, more light-hearted fare about “letting go of those things that wear you down: Am I good enough? Am I hot enough …?”

Nixon also draws on her time as an inner city schoolteacher for the song Waiting for Sirens, written from the perspective of a child who has witnessed domestic violence.

“There’s a really powerful message there,” she said.

Earlier this year, Nixon had a chance to preview her new songs on a VIA Rail train to Toronto, where she performed three times each day until reaching Union Station as part of a program that sees the railway give train tickets to artists for free – in exchange for performing for its travellers along the way.

“There’s no pretense … (just) hair back, in a T-shirt, two days from a shower,” she recalled. “I heard the life stories of people I’d just met. It was quite an amazing experience.”

Cochranites can hear Nixon’s nuanced country Canadiana – along with classics from the most powerful female crooners – starting at 7 p.m. on April 21 as part of the Live at the Legion concert series.

Diary of a Housewife is slated for release on Sept. 2 – which happens to also be Nixon’s wedding anniversary.