For singer/songwriter Ashley Condon, returning to Prince Edward Island where she was ‘raised between two potato fields’, was not in her original professional game plan.
Jan 8, 2015 12:00 AM By: Cochrane Eagle Staff 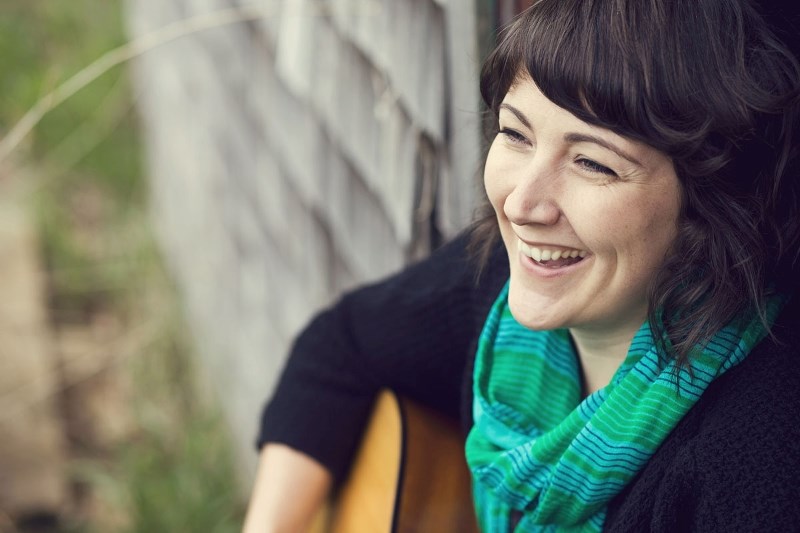 For singer/songwriter Ashley Condon, returning to Prince Edward Island where she was ‘raised between two potato fields’, was not in her original professional game plan. Attending the University of Toronto, and then living in the music hub of Halifax, cities seemed to be on the artistic agenda. But her and current partner Ken were looking for a place to settle down, and Ken suggested P.E.I. “I thought, ‘No, P.E.I. is a place you retire in,’” admitted Condon. “I thought, ‘I have to live in these big cities and be where the action is.’”

But Condon said she soon realized that wasn’t the case, because so much of what comes with being a professional musician can be done online now. She could be in P.E.I. and still do what she needed to do for her musical career.

Plus, she had missed the ocean and loved living in the small province.

“When I moved back to P.E.I., I ended up getting busier and got a lot more work just because I was in a place where I was happy and I was doing lots of writing,” Condon said.

“I get to go off and travel and go to big cities all the time with my work and then I get to come back and sit in the woods and do yoga and write songs.”

Condon said the scene in P.E.I. has really started to thrive in the last five years with ‘a ton of bands, singer/songwriters and a growing industry’. She said the music association, Music P.E.I., has really helped the community, and Condon can attest to that fact personally.

Condon said the two played a show together as part of Music Week P.E.I. around three years ago, with Francey tweeting about how much he really enjoyed Condon and asking to trade CDs with her after the show.

“It was really funny cause he is a superstar in my mind,” said Condon of the request. “In the folk world he is ‘the guy.’”

The next day Condon said the two were in a songwriter’s workshop together and during the sharing session, she decided to play a song she had just penned called ‘Betty’s Song.’

“It is a song that is close to my heart and is about my mom that has passed away. I was shaking like a leaf when I decided I would share that song that day in the group,” Condon recalled. “I left it right until the end of the day and I remember I looked around and everyone had tears in their eyes.”

A few months later, Condon received a call that she described as ‘single-handedly changing her entire career’ from Francey’s manager saying that Francey wanted to work with her and was interested in producing her next album.

The two ended up collaborating on Condon’s 2013 release, This Great Compromise, which was nominated for six Music P.E.I. Awards and included ‘Betty’s Song’.

Condon said when they were working together on the album she asked, ‘Why me?’, and Francey said although he really enjoyed her performance at their concert together, when she played ‘Betty’s Song’, that ‘sealed the deal for him.’

“I think probably she had something do with bringing us together to work together, which I think is pretty neat,” she said.

They are still collaborating and Condon said to expect a new single released this month.

Right now she is focusing on touring, with several dates in Alberta, and in November she will be going to Europe through an artist exchange program.

“I want to make connections and play in new markets. Build a fan base there,” said Condon. “Opening up my musical palette again. These experiences make me a better songwriter and make me open to more styles of songwriting.”

You can catch Condon performing at Legacy Guitar and Coffee House Jan. 16.