Sean Ashby has played guitar on the talk show circuit from Conan O’Brien to David Letterman, been a key player in Sarah McLachlan’s rise through the ‘90s and formed the award-winning band Jack Tripper, among other achievements.
Jul 16, 2015 12:00 AM By: Cochrane Eagle Staff 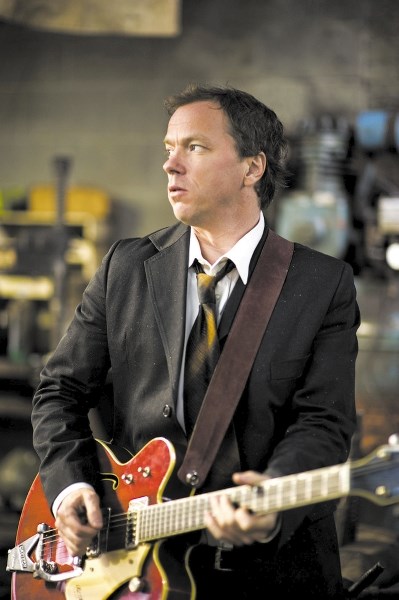 Sean Ashby has played guitar on the talk show circuit from Conan O’Brien to David Letterman, been a key player in Sarah McLachlan’s rise through the ‘90s and formed the award-winning band Jack Tripper, among other achievements.

But as of July 25, he’ll be hitting Legacy Guitar and Coffee House and giving the audience a taste of his two new albums – one a ‘regular album with vocals’ as he calls it, and the other dealing in instrumental surf guitar covers.

Lodestone and Iron, Ashby’s album of original pieces, features Americana-roots based tracks about lighter themes of attraction, road trips and the like.

He cited his recent marriage as a source for the album’s positivity.

While Lodestone and Iron is of Ashby’s own creation, Surf Guitar Smash Hits contains an ensemble of ‘60s-surf guitar covers from ‘Pipeline’ to ‘Misirlou.’ The tunes are almost instantly recognizable – and there’s a reason for that.

“I thought it’d be nice to play some music that’s familiar to people, and somebody suggested once I should play ‘Misirlou’ from Pulp Fiction.”

From that point, Ashby said the album had the intent of giving people familiar pieces in order not to exhaust the audience’s creative threshold.

“It can be a drain on people to go to a live show, and every song, they’ve never heard.”

And whom other than Beach Boy Brian Wilson did Ashby cite as his original point of exposure to the surf rock style. “I think he’s the greatest pop-melodic songwriter of his generation.”

Despite the older vintage of the music, Ashby said working with his drummer on tracks digitally has really highlighted the changing nature of production.

“When I get it back, I throw out what I did, then redo what I did, meaning it will be the right arrangement.

“That’s been a neat discovery for every song.”

While Ashby has an impressive CV of collaboration and partnerships, most notably McLachlan, one could assume he’d stick to talking points about his full-fledged solo career. But he demurred.

“My career as a sideman and working for other people is a big part of my life. I don’t want to stay away from it.

“I followed a plan I think I always had, which was to try to make a living playing music.”

Ashby will play the Legacy July 25. Tickets are available at legacyguitar.com.