'Heartland' star on leaving the show: 'It was time to move in a new direction' 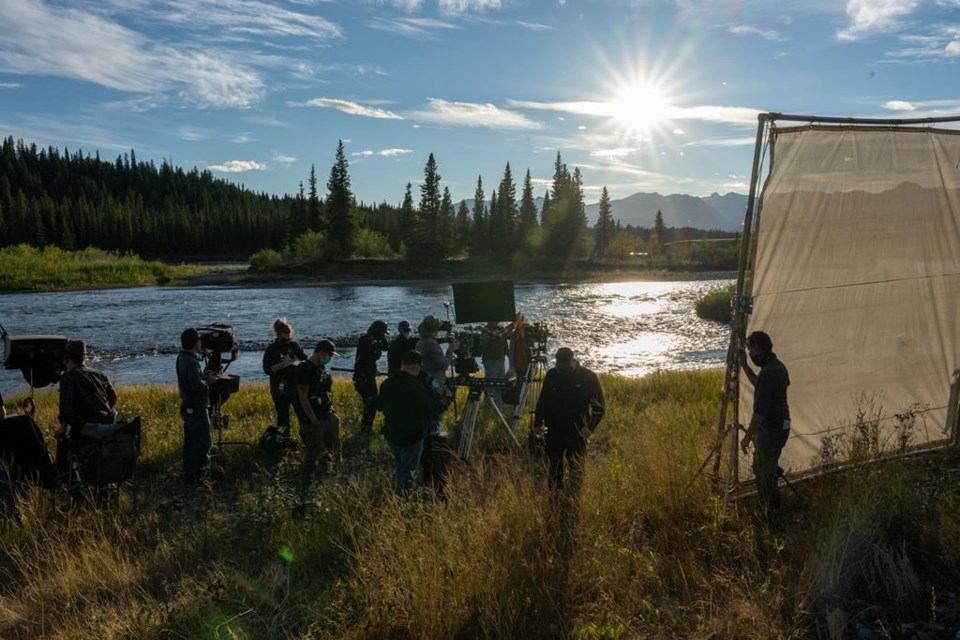 A crew works on the set of the television show "Heartland," in a handout photo. THE CANADIAN PRESS/HO-CBC-Michelle Faye Fraser Mandatory Credit

TORONTO — A major character has left the hit Canadian series "Heartland," but the show will continue with a storyline one of its stars says was in the works for years.

In the finale of last season, Ty suffered a gunshot wound that he seemed to recover from, but some fans still wondered about his fate going forward.

"I felt in my heart it was time to move in a new direction," Wardle told The Canadian Press by email. His representatives said he was not available for an interview

"I now host the 'Time Has Come' podcast, and there will be a future episode coming out where I plan to share much more about my decision and my appreciation for the 14 years I've spent on 'Heartland,'" he said, referring to his project on spirituality where guests share their personal journey.

"Heartland" is based on a book series by Lauren Brooke and features protagonist Amy Fleming, a horse healer who was married to Ty, and her older sister Louise (Lou) Fleming on their family ranch in Alberta. The series also airs on UPtv in the U.S.

Amber Marshall, who plays Amy, said the "Heartland" storylines are written well in advance and she found out Wardle would be leaving the show about two years ago.

"Graham, for the last several years, he's been going in different directions, working on different projects, and he'd spoke with us openly quite a few times," Marshall said in an interview from her ranch just outside of Calgary.

"Of course, we're a very supportive group of people. We care about each other very much, we have been working together for over a decade. So I guess the next step was, 'How do we do this and honour that character the best way we can?'"

Fans took to social media to express sadness at the departure of an integral character they've watched grow from a troubled adolescent to a loving husband, father and business owner. Some said they appreciated the tribute and memorial for Ty on the show, while others said they didn't want to watch anymore. "For me, S14 doesn’t exist. It’s S13 happy ending for #Heartland for me," wrote Twitter user @ChooseLoveHope.

"I actually have a close friend that was widowed and her journey was heartbreaking, but it was a real story, it was a real journey," said the London, Ont.-raised actress. "And I think this story, even though it's going to be heartbreaking, there is that moment of strength and growth and light out of it."

As Marshall puts it, the British Columbia-raised Wardle is "driven by what calls him inside" when it comes to his life and career. With his new podcast, "he's reaching out to interesting people that he believes others will benefit from," she said.

"Playing a character for well over a decade, that's a huge commitment," Marshall said, noting they're still friends and she recently recorded a podcast with him at his home.

"Talk to anyone who's been in the same job or same position for 10 years or more, a lot of times they say, 'Maybe I want to try something else, maybe I want to do different things.'"

Still, Marshall said she was "hurt" when she first heard Wardle wanted to leave. After all, they'd been working on the show together for over a decade and grew very close as their characters went through several hardships, breakups and makeups.

It took her some time to accept the news but she eventually felt "so proud of Graham for really understanding what direction he wanted to go in."

"I think it's so important to listen to our gut and know what really drives us and to follow that," she said. "And yes, you're going to hurt people along the way. But he did it in such a respectful way to all of us. And I think that that is the most important thing."

Marshall said she asked writers to ensure Amy dealt with Ty's death as "a strong mother who puts her daughter before anything else."

Shooting the season was an emotional roller coaster, she noted.

"I would call Graham and I would say, 'This is so strange, you're not here to act opposite to me,'" Marshall said.

The family stories on "Heartland" are typically isolated and Marshall and Wardle often found themselves shooting scenes with just the two of them.

But now, Amy is more integrated into the family and Marshall has found herself working with more co-stars.

"For me that was kind of an interesting dynamic, because I'd been working with these people for years but I don't necessarily have a whole lot of very powerful, intimate scenes with them," she said. "So this was an opportunity for me to be able to work with all the other people that I love so much and care about."

This report by The Canadian Press was first published Jan. 11, 2021.