Cochranite Jennie Harluk has been nominated for the YYC Female Artist of the Year.
0
Aug 1, 2019 10:00 AM By: Troy Durrell 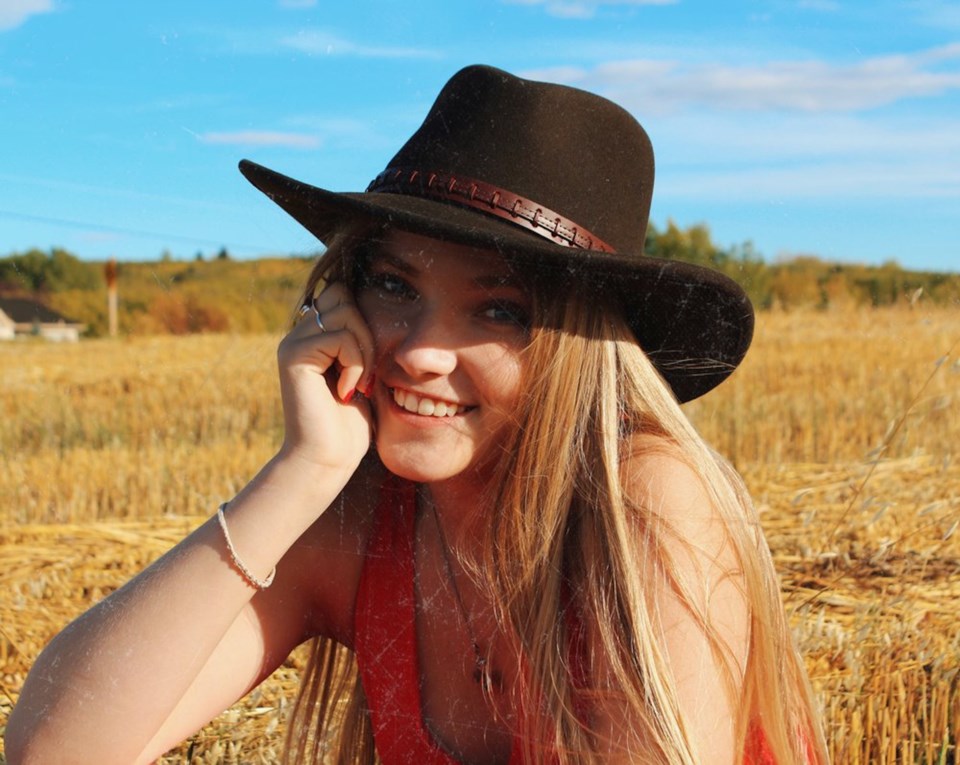 Jennie Harluk has been nominated for the YYC Awards Female Artist of the Year.

Fresh off a semi-finals appearance at the Calgary Stampede Talent Search, Cochrane country artist Jennie Harluk has been nominated for the Female Artist of the Year Award through the YYC Music Awards that will take place Sept. 22 at the Palace Theatre in Calgary.

At only 16-years-old, Harluk is already a seasoned performer and has been captivating audiences from the Calgary Stampede to the Country Thunder stage for the last five years. Her love of the written word inspires her to capture and create the perfect message for each of her songs. She is involved in every part of the creation of her music, from writing, to recording and producing them so that each one is authentically hers.

Harluk has shared four of her original songs with both Canadian and international radio as well as all digital platforms. Her song, Bus Ticket, won the Pop Recording of the Year at the 2018 Calgary Music Awards and her first original, Suitcase, spent 10 weeks in the Top Ten Countdown for the internet radio station Music Road Radio, winning her rave reviews. Harluk also co-hosts and performs at her own event, Country Night Live, in Calgary, which showcases local artists and supports local charities as well as brings together fans, friends and families out to enjoy an evening of live country music.

The young performer said being nominated for Female Artist of the Year is a huge honour for her and cherishs the opportunity to be alongside fellow Canadian performers.

"I'm happy just to be nominated and once again be a part of a great event that celebrates my passion with others who have the same love. If I win this year, I'll probably feel surprised like I always feel when I win something," Harluk said with a laugh.

Though she never expects to win, Harluk said when she does the experience fills her with pride.

"You know, just inside when your chest gets tight and a smile creeps out and in your mind, you just feel, 'I did it.' Just really proud and full ... that's what I felt last year when I won Pop Recording of the Year in the 2018 YYC Music Awards. It took me by complete surprise, I just turned 16 and it was the fist pop-like song I'd released, there were many talented artists nominated and I really just thought it was cool for my name to be on the screen along with the other nominees," she said.

Harluk will spend her next few weeks travelling to Nashville for songwriting and recording before coming back to finish out her time as a high school student.

"I am an artist just trying to be involved in the music community and share my passion anywhere I can. Competing in the Talent Search for me is not just a competition, it's a way for me to be a part of something I love at a higher level. I felt happy and excited to play whenever I did and at the evening show when I performed 'Don't Stop Believin' I just felt myself. The stage is where I love to be and where I feel at home. There are no nerves, no burdens, no worries or second thoughts - it is just me and a microphone doing my best to make my listeners feel something.