Local bands rocking out at the Venue

The Venue Bar and Grill will be welcoming some performers to their establishment, starting on March 13 with Chris LeBlanc.
Mar 10, 2020 3:45 PM By: Troy Durrell 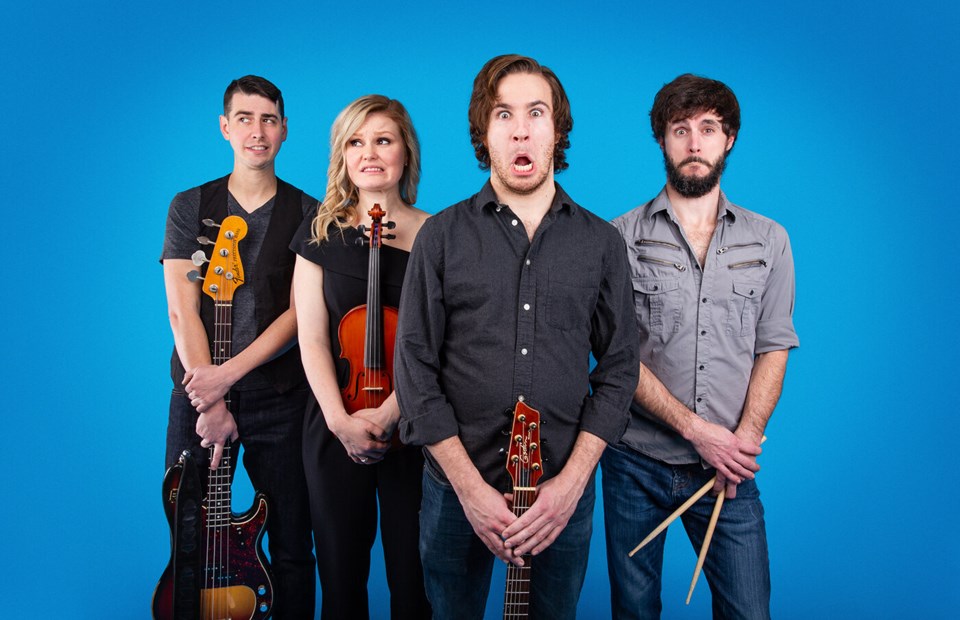 The Nova Scotiables are one of the trio of bands playing at the Venue in the upcoming weeks. Submitted Photo

The Venue Bar and Grill will be welcoming some performers to their establishment, starting on March 13 with Chris LeBlanc.

For Chris LeBlanc, it’s all about the music. It started with his first band practice when he was three-years-old in his hometown of Shediac, New Brunswick. Music was in the family, so there was no doubt that young Chris was destined for stardom.

Fast-forward a few years to 2007 in Calgary when Chris released his debut album “Too Much Nothin’.” Shortly after, he won the 2008 Country 105/Lammles Rising Star, was nominated for Country Recording of the Year at the 2009 East Coast Music Awards, and was presented with the Dick Damron Award at the Dick Damron Tribute Show.

With his electric bass or guitar in hand, Chris LeBlanc always puts on an electrifying live show. He's had the pleasure of sharing the stage with many great Canadian and U.S. artists ranging from Julian Austin to Charlie Pride.

It doesn’t stop there. Chris recently got together with award-winning singer, songwriter, producer, and friend Steve Fox to begin working on his sophomore album. They wrote five incredible songs together, one of which was pitched and is currently being considered by super-group Rascal Flatts. (Come on boys, record that song!) Upon returning home from Nashville in October, Chris had finished recording six fresh new songs all produced by Steve.

Early 2012 will see the release of Chris LeBlanc's new album. His smooth, deep vocals and unique styling will instantly captivate you. Chris' baritone voice is often compared to that of Paul Brandt, George Canyon, Chris Young and Josh Turner.

The Nova Scotiables are a high energy, Midwestern Maritime revue from all corners of Canada. Born in 2015 from late-night whiskey shots and chance busking encounters on the mean streets of Calgary, they've developed a reputation across southern Alberta for their original music and the contemporary hits they've been known to “Maritime-ize” when the mood strikes. With a wide reach of inspiration and plenty of screech for perspiration, these folks bring a party from the Right Coast that will have the whole family sippin’ and jiggin’ in no time.

In December 2019, these hard workers are hitting the studio again to bring you their latest original tunes on a fancy new record We’re Gonna Need A Bigger Boat set to be released early Spring of 2020.

Greg Cox of Playground Zone will be performing at the Venue on April 1. Formed in 1994, Playground Zone is one of Calgary longest running cover bands. Band members Tim Cambridge (lead vocals and guitars), Greg Cox (lead guitar and vocals), Jim Kiselika (bass and vocals) and Greg Stang (drums and vocals) pride themselves on exceptional musicianship and a high energy show. Playground Zone brings the best of classic rock and new popular music to stages around Alberta. This tight four-piece band with big vocal harmonies, a powerhouse rhythm section and blazing guitars is a definite must-see.