Local musician Lucas Chaisson is looking to do his part during the COVID-19 outbreak, by putting on a live performance through Facebook to entertain his fans and the people of Cochrane that will take place tonight at 8 p.m.
Mar 25, 2020 3:00 PM By: Troy Durrell 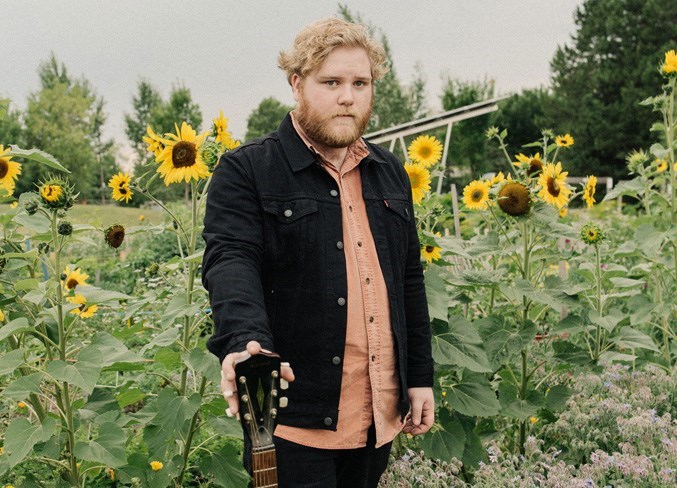 Local musician Lucas Chaisson is looking to do his part during the COVID-19 outbreak, by putting on a live performance through Facebook to entertain his fans and the people of Cochrane that will take place tonight at 8 p.m.

"Like other musicians, all my gigs were cancelled but we can still have a good time," Chaisson said through a statement on his Facebook page. "I miss playing music for you so please join me for sweet little concert from my living room. I'll be streaming live from my Facebook page. Donations can be sent through etransfer or paypal to lucaschaissonmusic@gmail.com. I cannot thank you enough for your endless support, especially at this time. Let's have a good time and take care of each other."

Since his self-produced debut No Loitering in 2010, Chaisson has become one of the brightest young stars in the Canadian roots music scene. His 2012 sophomore effort Growing Pains earned him the title "Young Performer of the Year" at the Canadian Folk Music Awards. The strong songwriting showcased on his recordings, and his ability to make an emotional connection with his audience has garnered him the opportunity to play high-profile venues such as the Edmonton, Calgary, Canmore, Vancouver Island and Winnipeg Folk Festivals.

Recorded in Nashville with Grammy award winning producer Colin Linden, Chaisson's 2015 album titled Telling Time  was released to much acclaim. Chaisson was short-listed for the Edmonton Music Prize, received a nomination for "Solo Roots Recording of The Year" at the Western Canadian Music Awards and seven Edmonton Music Award nominations that earned him Singer-Songwriter of The Year and Country Recording of The Year.Telling Time received considerable airplay on Canadian college radio, CBC, CKUA, SIRIUS and XM as well as several independently programmed stations in the United States. A seamless blend of folk, roots, blues and country flavours, this recording illustrates the unique sound Chaisson has been working toward for years.

Lucas Chaisson's latest full-length release is a culmination of five years of life writing and playing music in Edmonton, Alberta. A brilliant follow up to the acclaimed, Colin Linden produced, Telling Time (2015), the aptly named Most True Thing dives deeper into Chaisson's journey to discover his true voice.

For the first time, Lucas takes on the role of producer - resulting in his most fully realized effort to date. Engineer Scott Franchuk and a lineup of some of Canada's finest musicians take the listener on a journey from soft, understated folk ballads to twang heavy electric guitar anthems. The band accompanies Chaisson in a way that serves his "freshly-familiar" style of songwriting.

At its core "Most True Thing" is a look inside the mind of an artist striving to find himself. Fans who have followed Chaisson since he broke onto the roots scene as a 16 year old kid will appreciate the growth and maturity displayed in his new release. New fans will appreciate the comfortable, seasoned atmosphere of the recording - a product of growing up in front of an audience. "Most True Thing" solidifies Lucas as a sincere artist who is in it for the long haul.

Find all information at www.facebook.com/lucaschaissonmusic.