Zachary Lucky’s deep voice is much like his Saskatchewan home – it fills your ears the same way the endless prairie fills your sight.
Sep 10, 2015 12:00 AM By: Cochrane Eagle Staff 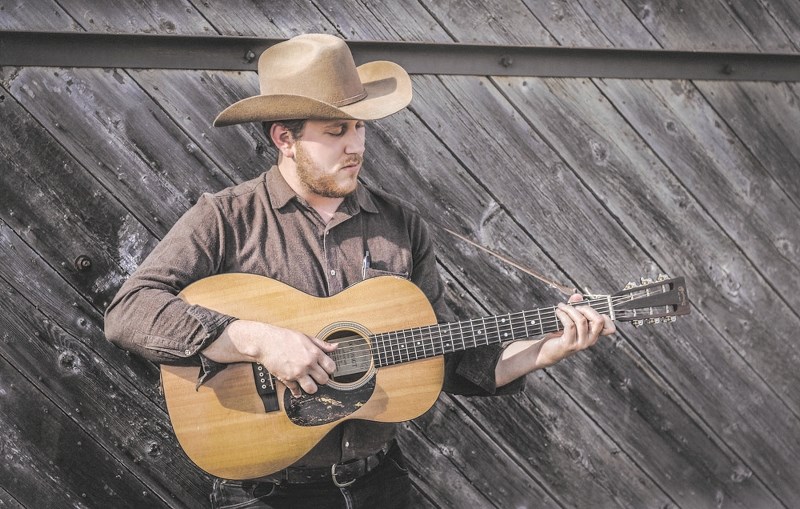 Zachary Lucky’s deep voice is much like his Saskatchewan home – it fills your ears the same way the endless prairie fills your sight.

Known as much for his resonant vocals and expert songwriting as he is for his grueling touring schedule, the country-folk singer-songwriter is stopping in at Legacy Guitar and Coffee House Sept. 19. The Eagle had a chance to catch up with Lucky, who’s just released his seventh album Sept. 4.

Eagle: What have you been up to these past few months?

Lucky: It’s been a busy summer. At the start of the summer, we did a handful of prairie shows. I had a daughter back in the spring – I had been off in awhile – so that was the first shows I had done. I was kind of stagnant there. Then we went back to Ontario and got on a plane and went to the U.K. playing five or six different festivals over there and a bunch of clubs, shows and such. It’s been a pretty busy summer; it’s definitely been wild one. All good things. We’re releasing our new seven-inch record, so we’re doing this whole string of shows this month.

Eagle: You don’t normally associate country music with the United Kingdom. What was playing there like?

Lucky: There’s a big scene for it over there. There’s definitely people who want to hear Canadian and American music. And there’re a lot people over there making that kind of music. I think there’s definitely an audience for a very authentic sound, which I can get clumped into. It’s definitely interesting. The audiences are different; they’re very respectful, quiet and sometimes you don’t even know if they’re enjoying it. You get people who come up afterwards and talk about how much they loved it. There’re a lot of people on that little island and it always makes for interesting tours. The festivals we were doing this summer were massive – 20 or 30 thousand people and it was just crazy being part of those things. I’m excited go back.

Eagle: What was background behind The Ballad of Losing You?

Lucky: It was transformational time in my life. It had been a couple of years since I put out a record and I’d spent a lot of time touring. We have been doing 150 to 200 shows a year for the past six years; my touring partner and I ended up going different ways. At the time, I basically had a record written, but things kind of came apart rather rapidly and I ended up writing a whole different set of songs on a tour in February 2013. That set of songs became The Ballad of Losing You. Some of them were from prior months. Some of it was surface level for sure. I think with that record I explored the ability to craft stories that were fuelled by things that I was going through. They’re not necessarily direct reflections of what I was going through but it was an exorcism, a channeling of feelings, thoughts and experiences.

Eagle: With your mention of 150 to 200 shows a year for six years running, how do you stay focus and engage while on tour?

Lucky: I think it changes as an artist throughout your career. There’re certain things that drive you and when I started doing this, it was just the want to do get out there and play shows and get away and to be on the road. It’s gone through different phases where we’re going out to create a record or we’re going out to make money so we can pay the bills. I think what it all comes down to is getting the chance to share the songs that I’m working through and that I’m writing. I have definitely a bit of fan base, albeit small, and it’s always fun to go out and connect to people and say, ‘This is what I’ve been doing, this is the new stuff,’ because every batch of songs is a little bit different.

I think there’s a song for everybody, and sure, all these songs come from somewhere in me and things I’m going through, but almost every night I have somebody come up and say, ‘Oh man, that one bit you sang really hit home.’ If you get the chance to connect with people and share, that’s an awfully good feeling.