It seems Ridley Bent has an affinity for the lost and the damned in his latest album Wildcard. People who don’t get a break, or get one and screw it up to the point of no return.
Jun 18, 2015 12:00 AM By: Cochrane Eagle Staff 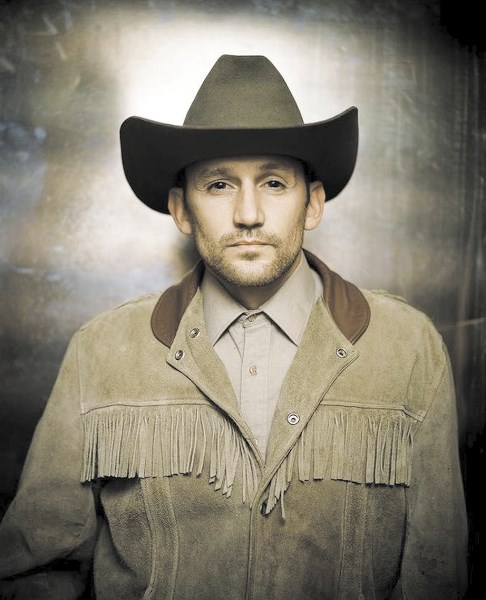 It seems Ridley Bent has an affinity for the lost and the damned in his latest album Wildcard.

People who don’t get a break, or get one and screw it up to the point of no return. The country troubadour of tall tales will be bringing his not-so-merry cast of wayward souls to Legacy Guitar and Coffee House July 3.

Produced by the John MacArthur Ellis and supported by an all-star band of country music’s finest, Wildcard will take your mind away and get your toes tapping as Bent does what he does best.

He spoke with the Eagle about the rougher characters of life, mixing country and rap together and Tom T. Hall.

Eagle: What is it about those types that fascinate you?

Bent: Being a storyteller. There’s drama created by those kinds of characters – a character out to better himself by committing crimes. I think of it in stories. If there’s a murder, there’s going to have to be some payback, or getting away it. I like the detective angle. That’s the angle I like to come at.

Eagle: Your first album Blam! marries country with rap – two vastly different musical styles. What went into colliding them together?

Bent: I think it comes together because of my songwriting. When I got it together enough to get a record going, I wanted to be a rapper but I didn’t release that much stuff as a rapper. By the time I released Blam!, I was already writing in a country style. I think that record caught me between those two fascinations.

Eagle: Who are some influences for you?

Bent: A songwriter, I was really inspired by was Tom T. Hall when I started going more country. He just told amazing stories. My angle has always been the lyrics and the story. That’s the kind of stuff I really like. What I try to do is take a story and put a good groove behind it that people can dance to.