For Millennials, Prairie Oyster probably doesn’t ring any bells. But for Generation Xers, songs like “Such a Lonely One” and “Don’t Cry Little Angel” just might.
May 7, 2015 12:00 AM By: Cochrane Eagle Staff 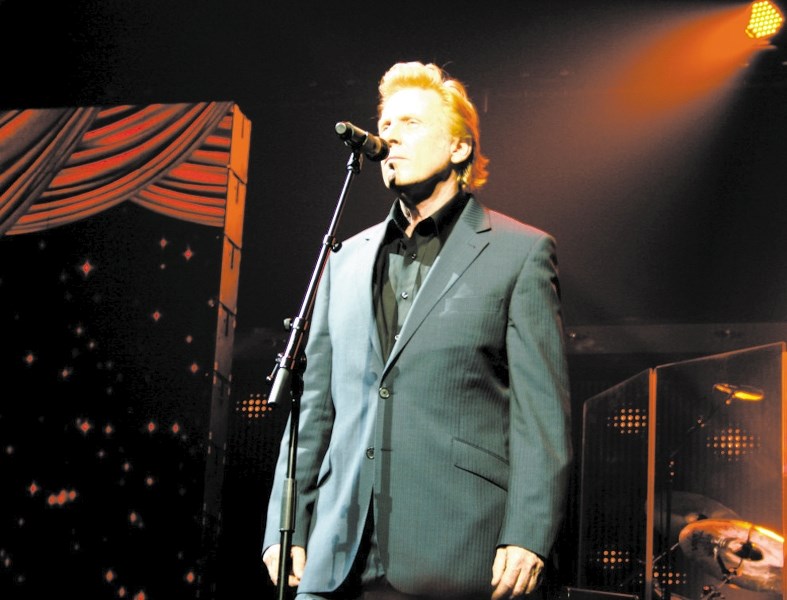 For Millennials, Prairie Oyster probably doesn’t ring any bells. But for Generation Xers, songs like “Such a Lonely One” and “Don’t Cry Little Angel” just might.

The band now inhabits a cherished place in Canadiana nostalgia, and founding member, lead vocalist, bassist and contributing songwriter Russell deCarle has branched out as a solo artist.

With appearances on CBC TV’s Songwriters Circle, opening for Merle Haggard on his 2004 cross-Canada tour, a coast-to-coast romp with Bluebird North Songwriters’ Tour, and a spot as a featured guest on Stuart McLean’s Vinyl Café Christmas Tour, 2008, deCarle is a force in his own right. He also appeared as a guest vocalist on numerous occasions (Bebop Cowboys, Rita Chiarelli, Terra Hazelton) and has won two SOCAN Song of the Year awards.

In 2010, deCarle released the long-awaited and much-anticipated solo recording ‘Under the Big Big Sky,’ penned nine of the 11 songs and is featured on vocals and rhythm guitar.

Musician deCarle spoke with the Eagle about his time in Prairie Oyster, the current state of country music and touring with Merle Haggard.

Eagle: What sort of significance does Alberta hold for you? Does it have any influence over your music?

deCarle: I started coming out there to play in the mid ‘80s with Prairie Oyster when we starting recording. I think it was a High River (radio) station that started playing the hell out of us. We started to come out there to play; we always had an incredible connection with the Prairies anyway because of the name Prairie Oyster. We were selling huge numbers of records in the heyday in ‘90s until the mid 2000s; we were selling two-thirds of our albums in Alberta and Saskatchewan. Over the years, I’ve played out there so much, made incredible relationships and great friends – a lot of great musical friends out there that I’m really close with and otherwise.

Eagle: In your bio, you said, “I’ve always thought of myself as a singer, not just a country singer.” What was it about country that stuck with you?

deCarle: To me it’s all soul music man, quite honestly. It’s kind of how you approach it. When I said that about myself, I always did. I grew up in a time when music was far less homogenized. The stuff that was getting played on pop radio when I was a kid, the variety was unbelievable. And I’m so glad. It’s really stuck with me; I’m a product of growing up in that era. I grew up in the country north of Toronto. We’d get this big station out of Toronto called Chum and they would ‘Chum Chart’ and on their Top 30, you could hear The Beatles and the Rolling Stones, Dean Martin, Frank Sinatra, Johnny Cash, Buck Owens, Patsy Cline – it was amazing.

Something about early country music that still really moves me. Modern stuff doesn’t really do it for me. And I kind forget how much I really dig the early stuff. The songs, the stories, the singers. One of the things I really love about early country music – it was real singer’s music. I went out with Merle Haggard on tour in 2004 and that was a real life-changing event for me because at that point, modern country music was really starting, and it just wasn’t impressing me at all. We were starting to wind Oyster down. (The tour) was so inspiring. And (Haggard) still writes great songs and he couldn’t get played on the radio.

Eagle: Anything you think contemporary country is missing or neglecting in your opinion?

Eagle: Would you say it’s a fair characterization that ‘Under the Big Big Sky’ is a homage to the rural Canadian landscape?

deCarle: Not consciously but it certainly is because it’s where I live, man. I’m a product of where I’m from and I’m a part of being fortunate enough to get to travel this country coast to coast and the territories. It’s such a uniquely wonderful country. People who don’t travel should really get out and see it. There’s great people everywhere and great venues everywhere. I’m a product of all that, you know?

Eagle: Would you ever consider doing a more urban-focused album and what would that look like?

deCarle: I don’t know. I never know; I don’t consciously set out to make any particular kind of record. That one (Under the Big Big Sky) is kind of a torchy-bluesy record. I think I consciously steered clear of the country thing with that one.

Eagle: What was the thing you most cherish about your time in Prairie Oyster?

deCarle: The camaraderie for sure, and creating with those people. I’m really proud of what we accomplish on our own and I think a lot of other bands and musicians really looked up to us because we were writing our own stuff and playing on our own record, and most bands don’t play on their own record. We had great critical success. I think we really had our own thing going on.

I hosted the songwriting tent at Big Valley Jamboree last year and I’m doing it again this year, as well. I got to hear a lot of new songwriters, and man, it’s amazing the love for Prairie Oyster out there. I would do Oyster songs and get standing ovations. That was really moving for me because I so don’t live in the past; I live in the right now.

Eagle: What should we expect from Russell deCarle in the near future?

deCarle: I’ve been writing a bunch this year and the new album is kind of a southern-soul record. I’m going to finish it off this spring and I’m really excited about that and a bunch of new stuff, too.

Russell deCarle will play Legacy Guitar and Coffee House May 16.