The Venue getting into the holiday spirit

The Venue Bar and Grill is in the Christmas spirit with a number of bands to celebrate the holiday season.
Dec 13, 2019 12:25 PM By: Troy Durrell 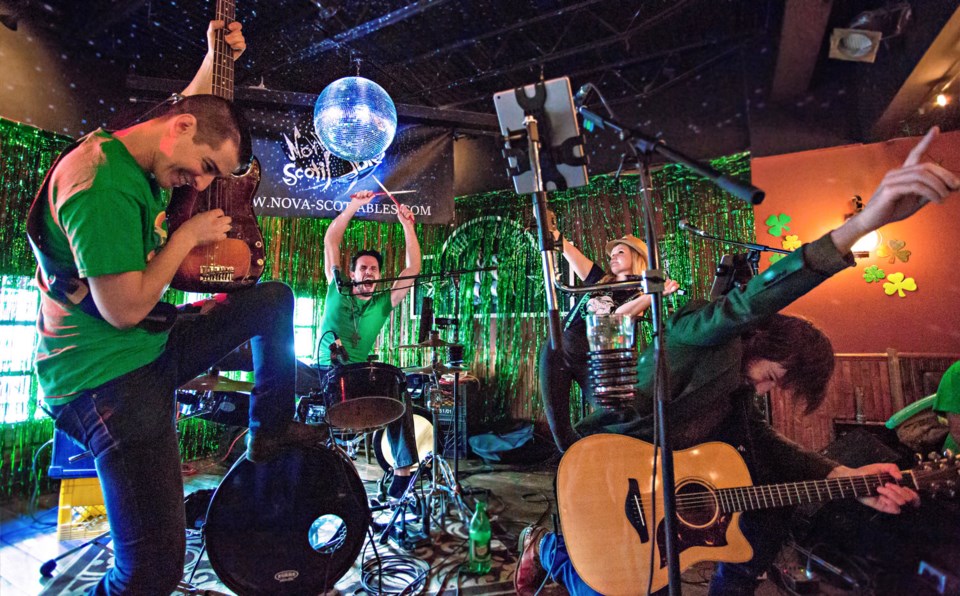 Nova Scotiables will be playing on Dec. 13 and 14 at the Venue. Submitted Photo

Just like everyone else, the Venue Bar and Grill are preparing for a busy month of December with plenty of local musicians ready to hop on stage and strut their stuff. The fun will begin with the Nova Scotiables on Dec. 13 and 14.

Nova Scotiables are a high energy, Midwestern Maritime revue from all corners of Canada. Born in 2015 from late-night whiskey shots and chance busking encounters on the mean streets of Calgary, they've developed a reputation across southern Alberta for their original music and the contemporary hits they've been known to “Maritime-ize” when the mood strikes. With a wide reach of inspiration and plenty of Screech for perspiration these folks bring a party from the Right Coast that will have the whole family sippin’ and jiggin’ in no time.

In December 2019, these hard workers are hitting the studio again to bring you their latest original tunes on a fancy-schmancy new record “We’re Gonna Need A Bigger Boat” set to be released early Spring of 2020.

Silly Wrabbit has been making people bob their heads and shake their heads to jokes for more than 20 years. This year they celebrate their 25th anniversary. From 70s boogie-woogie, 80s one-hit wonders, 90s hip-hop, and hits from the 2000s, they have a wide assortment of the greatest songs to party to. They also add a healthy dose of tongue-in-cheek humour and choreography to keep audiences entertained all night. They just spent five years as the house band at the Wildhorse Pub in the Deerfoot Inn and Casino, while having fun entertaining at various corporate functions and private parties, and are looking forward to touring around to visit local pubs and other cool venues for 2019.

Ring in the New Year with the Venue Bar and Grill and Envy. Envy is a four-person band made up of lead vocalist Joelle, Matt on guitar and back up vocals, Patrick on drums and Quay on the bass guitar. Envy is one of Calgary's most exciting bands to hit the stage ... Lead singer Joelle is an original artist with three full-length albums, two EP's and three Christmas songs. You can find Envy rocking it up anywhere in and around Alberta. If you're looking for an electric show full of the best pop, rock, classic rock, '70s, '80s, 90's and dance, Envy is the band for you. There are two options in terms of tickets with this event, you can take part in the gala that begins at 5:30 p.m. with a four-course meal, champagne, confetti blast and treats for $40 or you can pay $15 and come just for the band that begins at 8:30 p.m.