Canada Day in Cochrane will have many different events throughout the day.
Jun 25, 2019 3:05 PM By: Troy Durrell 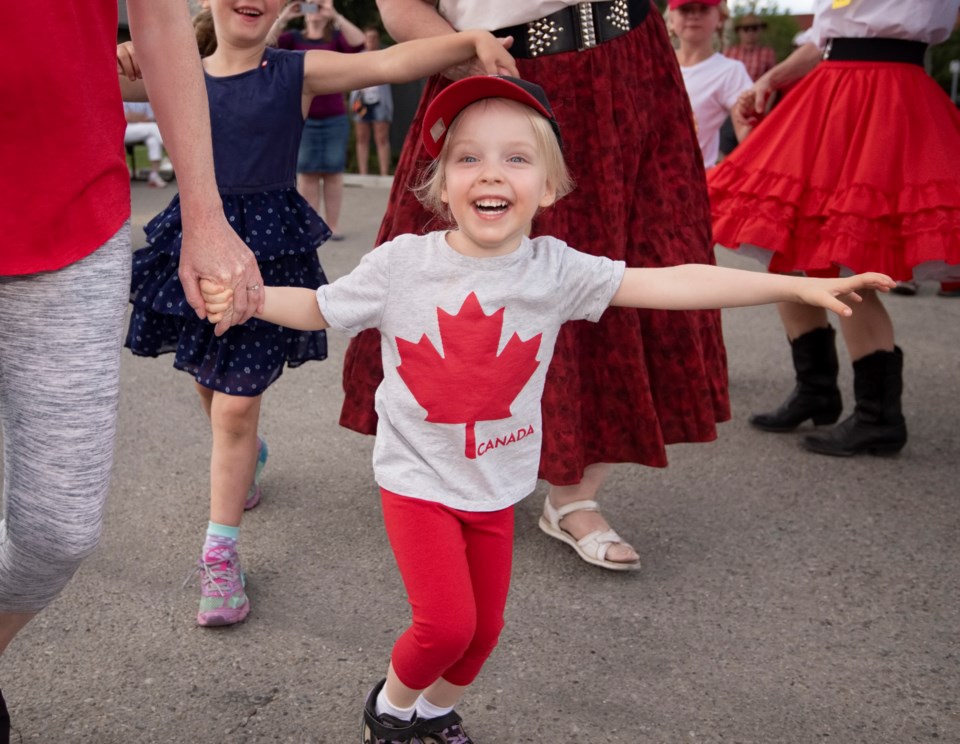 Canada Day will take place on Monday with many events happening throughout the day.

Canada's 152nd birthday is upcoming on July 1 and with celebrations taking place across the country, the Town of Cochrane will be no different. Here are the many different activities throughout the day for the community to enjoy.

To start off the day at 9 a.m. until noon, the Royal Canadian Legion of Cochrane will be hosting a pancake breakfast along with entertainment and an official flag raising ceremony at 11 a.m. food will be served for $3 a plate for adults, $2 for kids ages six to 12 and free for kids five and under.

Then head on down to Mitford Park, set up your lawn chair and blankets and plan to stay for the day! Local stage entertainment throughout the entire day includes headliner Daring Greatly, Smoking Aces, Nova Scotiables, Jason Cote & Rolling Thunder, the JR Kaquitts Band and more. There are plenty of children's games and activities to enjoy such as face painting, inflatables and much, much more.

After opening for top headlining acts such as The Doobie Brothers, Bon Jovi and The Struts, Daring Greatly is a classic rock/soul family band consisting of Dail, Liam and Patrick Croome as well as Brayden Tario and Brandon Haddow who continue to set the model for how a band can be successful in an independent and healthy music scene. The forever lasting Woodstock vibes are being channeled back from the 60s and 70s with their mesmerizing five-part vocal harmonies - attached with a strikingly simple message to be free, be courageous and to fall in love with as many things as possible! Originally from Calgary, Alberta - the group has been touring all over the United States and Canada for the last four years. They have released 2 full-length albums; Cornerstones in 2016 and Works of Art in 2017.

The Nova Scotiables have built a reputation across western Canada as a high energy maritime revue unmatched by their peers.  Bringing an unconventional approach to traditional, original and contemporary maritime music, these musicians have become a hit - not just on the maritime circuit but across a wide range of events. Blending a tireless work ethic, boundless energy and professional composure, from 2015 to present they've been working tirelessly to entertain themselves, as well as fans of all ages. Folks can take home a taste of The Nova Scotiables - available on iTunes and all your favourite digital music retailers. Their recordings capture the band's original music and exemplifies their take on traditional tunes.

Food trucks will be on-site for your culinary delight, and we are excited to have Half Hitch Brewing Company back with their beer gardens and stay for the fireworks, cause there is nothing like watching them up close. Southland Transportation will be providing free shuttle services throughout the day.

The event at Mitford Park is free entry while donations are accepted at the gate for Camp Jubilee Playground. The event will begin at noon and will concede at 11:30 p.m. after the fireworks.