Humanity’s quest to conquer very large rocks is a story that never gets old – even though it’s an ancient one.
Aug 20, 2015 12:00 AM By: Cochrane Eagle Staff 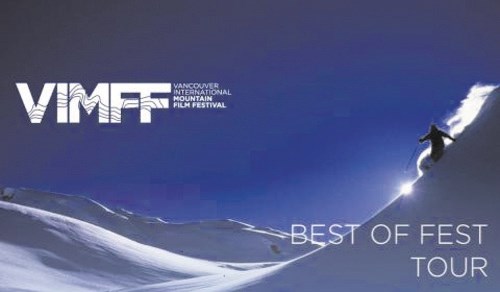 Humanity’s quest to conquer very large rocks is a story that never gets old – even though it’s an ancient one. Ever since we could stare up and wonder what’s at the top, we have been fascinated, challenged, defeated, killed or left for dead by mountains and their sirens’ calls to be scaled, scrambled or smeared.

But it’s only until recently that we’ve been able to document it.

On Sept. 12, Bragg Creek will play host as a tour stop for the Vancouver International Mountain Film Festival (VIMFF).

“When you have someone lose it on a mountain bike or fall off a cliff, everybody gasps. Just the emotion that runs in the room; it’s great to be a part of and great to be able to put that on.”

The 10-film lineup includes shorts on mountain biking, skiing, climbing, paragliding and even one on wing-suit jumping.

Sufferfest II documents the journey of two climbers who spend two weeks biking almost 1,300 km, hiking 160 km and climbing over 30,000 metres – described as “type 2 fun” – “where you don’t realize you’re having fun until it’s over.”

Afterglow is a “night” ski film, which shot with a crew of 14 over six weeks, plays around light to create an exuberant chromatic spectacle.

Peter said our draw to the mountains is an intrinsic one. “I have a daughter who’s not even two yet and you watch her around the house and she always wants to climb stuff. It’s built in our DNA.

“We always want to get to the high point and look out over the top of things. Whether it be climbing or mountain biking, you just have that drive inside of you to experience these things. And when you do, you get addicted to it.”

He said Bragg Creek represents the perfect spot for the marriage of artistic and mountain enthusiast passions.

“You have a lot of mountain bikers, you have a lot trail runners – people that are getting up to the mountains on a regular basis as well as a really good arts community.

“The film fest is a really good match of the two.”

Tickets are $15 and can be bought online at braggcreekrecreation.com under the tab “Film Fest in Bragg Creek!” They can also be purchased at Bragg Creek Family Foods in the townsite. The silent auction is cheque or cash online.