Williams is an artist who knows exactly who he is

“A lot of people say who you are isn’t what you do,” said award-winning blues man Tim Williams. But for him, that’s patently untrue. “Who you are is what you do when you’re an artist.
Apr 9, 2015 12:00 AM By: Cochrane Eagle Staff 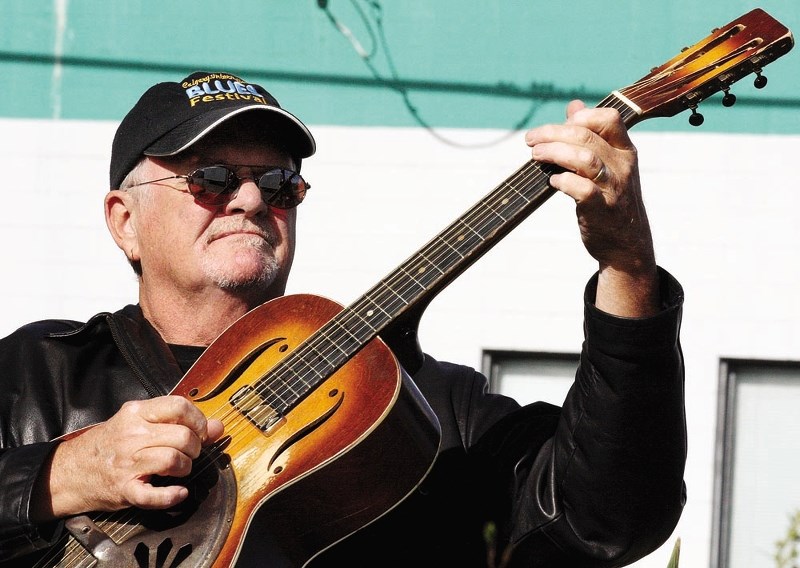 “A lot of people say who you are isn’t what you do,” said award-winning blues man Tim Williams. But for him, that’s patently untrue. “Who you are is what you do when you’re an artist.”

That attitude has served him well throughout his career as a multi-instrumental, internationally recognized roots and blues musician who began in the coffee houses of Southern California in the mid-1960s and continues to gain force.

He’s travelled around the world, performing at venues in Morocco, Mexico and Australia. At home, he’s played gigs in Dawson City, Halifax and spots on Vancouver Island, to name a few.

And he’s got an impressive horde of nominations and awards that speaks to his acumen: Maple Blues Award nominations, three Juno nominations, five Betty Mitchell Awards and around a dozen awards from Real Blues magazine, with Williams named Guitarist of the Year for 2012 by the Calgary Blues Music Association.

It was last year that Williams earned one of the greatest awards in the blues realm: first place in the solo-duo category at the 30th International Blues Challenge, the world’s biggest blues event, according to a report on CBC.ca. Competitors from around 16 nations and 40 U.S. states all went head to head and Williams came out on top.

“For me being accepted by so many of the old blues guys, it was the highest accolade you can get. It turned last year into a crazy year, but all very cool.”

Although an American by birth, he moved to Canada in 1970 after finding the state of affairs in his native country troubling, referring to the political and social turmoil happening at the time.

“I was ready to live to somewhere else,” Williams admitted. “I haven’t seen anything that’s changed.”

He eventually decided upon Alberta, living in Cochrane for about a year and then settling in Calgary in 1988. Since then, it’s been his home base to export his own brand of blues.

Although it was supposed to come out by last Christmas, he said they’re still finishing the remaining work for new album, Solo So Low. Williams summed up his intention for his latest offering: “One voice, one guitar and one foot tapping.”

Williams will play the Legacy Guitar & Coffee House, Friday April 17 at 8 p.m. Tickets can be purchased at timwilliams.zoobis.com or legacyguitarhouse.com.