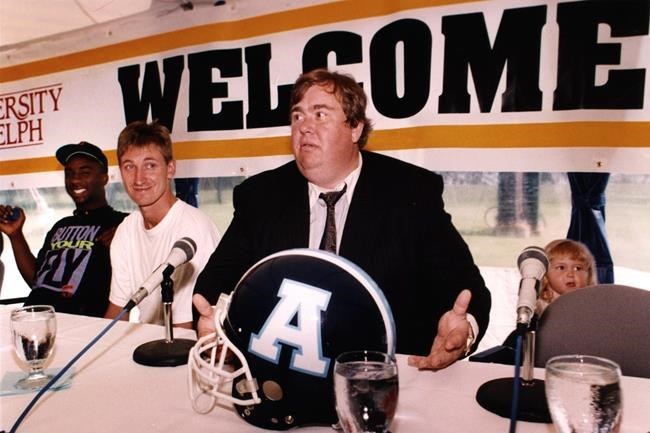 Toronto Mayor John Tory has declared this Saturday as "John Candy Day" to mark what would've been the actor's 70th birthday.

The mayor made the announcement on social media, saying, "It’s our way of remembering a beloved actor and comedian with roots in Toronto."

Candy, who was born on Oct. 31, 1950, grew up in East York and attended high school in Scarborough. He began his comedy career as part of Toronto's Second City sketch troupe.

He rose to fame as part of the cast of the "SCTV" television series in 1976, forging a unique identity with characters such as TV personality Johnny LaRue and clarinetist Yosh Shmenge of the Shmenge Brothers polka duo.

That opened the doors to Hollywood, where he was cast in many classic comedies, including "Splash," "Home Alone," "Stripes" and "Planes, Trains and Automobiles."

But Candy always maintained his ties to Toronto, taking on a stake in the Toronto Argonauts football team in 1991 as co-owner.

Candy died on March 4, 1994, after suffering a heart attack while shooting the film “Wagons East” in Durango, Mexico. He was 43.

Tory says the actor's legacy lives on in many places, among them his family, his performances and his induction into Canada's Walk of Fame.