No shirts, no city services: Firefighter calendar too steamy for Ont. officials

ST. CATHARINES, Ont. — An Ontario city is telling its firefighters to turn down the heat on their steamy annual calendar or risk losing municipal backing for the fundraiser. Every year, members of the St.
0
Feb 13, 2020 4:36 PM By: Canadian Press 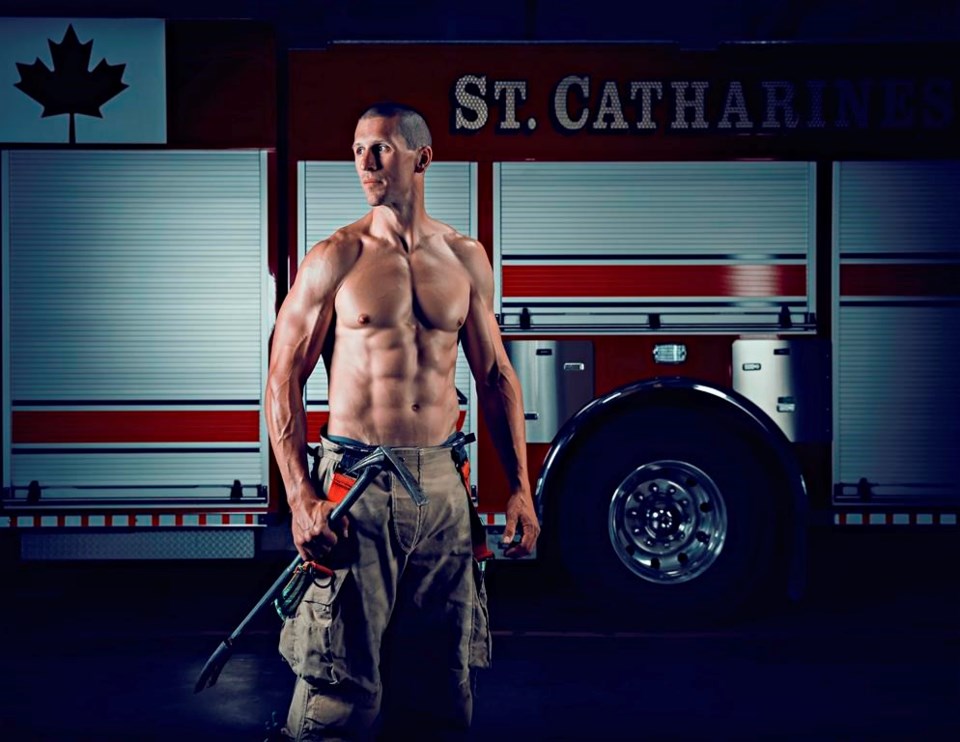 ST. CATHARINES, Ont. — An Ontario city is telling its firefighters to turn down the heat on their steamy annual calendar or risk losing municipal backing for the fundraiser.

Every year, members of the St. Catharines Fire Combat Team strip down and flex their muscles for a good cause with proceeds going to charity.

But now local officials say firefighters either have to cover up or not wear their uniforms for the shoot, because municipal resources can't be used for the publication of bare-chested photos of employees.

Deputy chief administrative officer David Oakes insisted the no shirts, no city services mandate isn't meant to discourage do-gooding, but to uphold standards of "respect and dignity" in the workplace.

"We support the notion of charity," Oakes said Thursday.

"But when they're using city resources, we want to make sure that it's respectful of our workforce and some of the conditions that we have throughout all departments."

Oakes said the change was prompted by a city employee who complained about a calendar depicting partially undressed women that was displayed in a municipal facility.

While investigating the issue, Oakes said the mostly male firefighters' calendar was put forward as evidence of a gender-based "double standard," so the city decided to crack down on skin-baring images of both men and women.

While the city has never funded the calendars, it has allowed firefighters to incorporate city-owned property into the photos.

The decision means firefighters are now barred from staging shoots in city firehouses, and cannot include equipment, logos and uniforms into the scene, if they bare skin.

They can still use city settings and gear if they dress more modestly, Oakes added.

Ryan Madill, the president of the St. Catharines Professional Firefighters Association, said the department has been putting out calendars on-and-off for about a quarter century.

In recent years, the calendar has featured topless members of the crew's combat team, who compete in firefighting-themed athletic contests, and has included a female firefighter, who appeared in a sports bra.

The 2020 calendar consists of 12 months of musclemen posing with all manner of flame-quenching equipment.

Mr. September wields an axe before a rack of jackets and bags packed for the next emergency call.

Mr. June casually clasps a handful of hoses hanging from above, while Mr. April flashes a smile while hanging from the back of a fire truck.

And of course, the models show off their six-packs for every season.

But with the city's new restrictions, Madill said it remains to be seen whether they'll release a 2021 edition.

"I don't want to comment on whether (the city was) right or wrong, other than to say that all of the participants in the calendar were willing, and we had no complaints from anyone from the public," said Madill.

"It's unfortunate that we lose that ability to generate funds to go to charity."

Last year, the combat team raised $18,000 for mental health services in St. Catharines between calendar sales and a fashion show, said Madill. These initiatives not only serve as a form of community outreach, he said, but also a "morale booster."

He said firefighters spend many off-duty hours setting up shoots, toning their bodies into photo-ready shape, promoting the calendar at local events and signing autographs for fans.

For the most part, people only get to meet their local firefighters in an emergency, said Rob Hyndman, president of the Ontario Professional Firefighters Association and a multi-time calendar model in Sudbury.

That's why firefighters across the province use calendars as a platform to show a more personal side, and a whole lot of skin, to their communities, Hyndman said.

"In today's world, when everything's so serious and ridiculous, it's nice to have something that's just fun and cheeky," said Hyndman. "Keep the calendars hot."

— By Adina Bresge in Toronto

This report by The Canadian Press was first published Feb. 13, 2020.