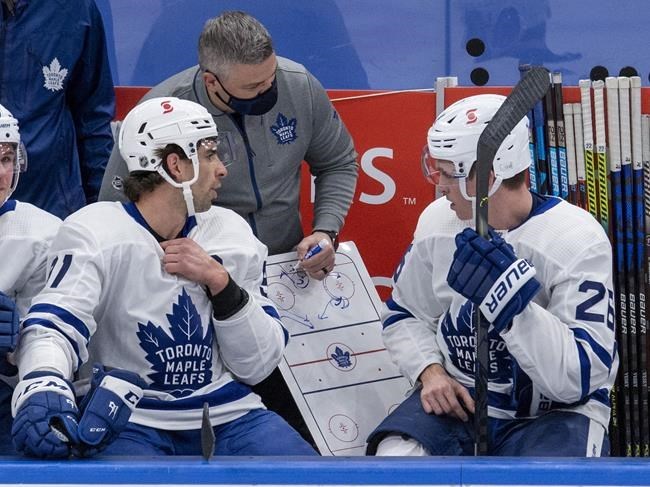 TORONTO — The Toronto Maple Leafs have scored their own docu-series on Amazon Prime Video.

The streaming service and NHL Original Productions have announced "All or Nothing: Toronto Maple Leafs," which will go behind the scenes of their 2020-'21 NHL season.

The Canadian multi-episode Amazon original series will be available in more than 240 countries and territories later this year.

Cameras will follow the team as they compete in the first all-Canadian division in NHL history.

A news release says the series will offer "an intimate look into the world of the players, coaches and team personnel."