Soldiers across the country, and the world, are uniting as a result of lifelong impairments resulting from an anti-malarial drug widely administered for the last 25 years.
0
Apr 4, 2019 1:00 AM By: Lindsay Seewalt 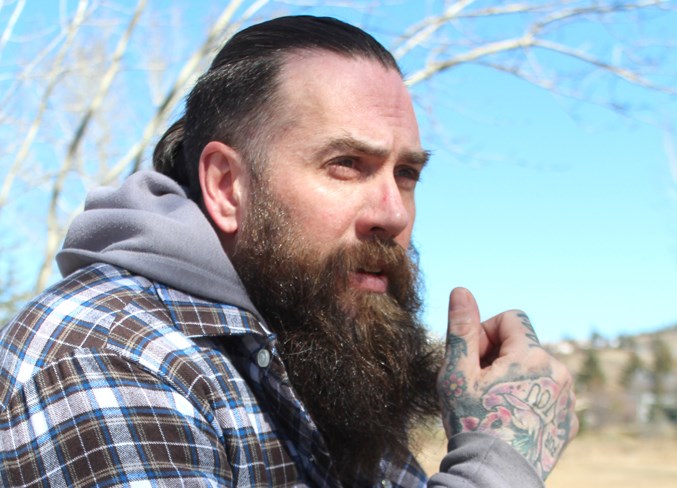 Soldiers across the country, and the world, are uniting as a result of lifelong impairments resulting from an anti-malarial drug widely administered for the last 25 years.

Those who took military-issued anti-malarial quinaline drugs including mefloquine or tafenoquine may be suffering from a disease known as "quinism" – lifelong and often debilitating side effects that result from being poisoned by this family of drugs.

Cochrane veteran Shaun Arnsten is one of those living with quinism with the hope that his story will inspire other veterans who were prescribed to take mefloquine and who have "never since been the same" to come forward.

"This is the smoking gun behind veteran suicide," said Arnsten, who served with the Third Battalion Princess Patricia's Canadian Light Infantry Afghanistan in 2002 and received medical discharge the following year, after being diagnosed with PTSD, following a bombing incident that killed four members and injured eight.

In the years since, Arnsten has lived with the effects of this diagnosis and the resulting frustration of seemingly ineffective traditional talk therapy and medication for PTSD treatment.

It was only two months ago that he began to read online about "mefloquine poisoning" and came to the realization that he was among those living with the disease.

While serving overseas in 2002, Arnsten was ordered to take mefloquine, known to be a highly-effective anti-malarial drug. Immediately after he began taking the week-long dosage prescribed, he began to experience the symptoms now known to be associated with quinism – terrifying nightmares and personality changes.

"I immediately had a stomach reaction – then I had this crazy dream, this crazy vivid dream," he explained, adding that in hindsight he knew he should have immediately quit taking the drug, that was not an option as the treatment was ordered by superiors.

Over the years ,the symptoms escalated into seizures, rapid acceleration of emotions often culminating in bouts of rage, sleep issues, GI issues, suicidal tendencies, migraines, numbness in his extremities, anxiety and confusion.

These symptoms, particularly the bouts of rage, have rendered him unable to work.

"Now I understand what's been happening. For me, as a veteran, you're going through all this treatment (for PTSD) ... when you're dealing with mefloquine poisoning and toxicity, it's an actual physical injury."

Dr. Remington Nevin is the executive director of the Quinism Foundation and expert consult in the adverse effects of anti-malarial drugs who said the Canadian military has a lot to answer for.

"There are many soldiers who are dead because of a handful of misguided Canadian officials," he said, adding that mefloquine is a "visible scar on the Canadian military."

Nevin said he has hundreds of case files that have largely come to him unsolicited. He reviews records and assigns causation based on his expert analyses. The Vermont-based MD has testified before senates in Australia, Canada, Europe, the U.S. and the U.K. and testified in cases that have led to favourable settlements in claims relating to central nervous system injury and other adverse effects from anti-malarial drugs.

"It's a disease we're dealing with – these aren't just signs and symptoms ... the tragedy is we've known all along," said Nevin, adding that an estimated one-third of those who take mefloquin experience abnormal side effects associated with quinism.

Nevin, known as the leading advocate for quinism, maintains that if the military had advocated for those experiencing these side effects, which were known, to immediately stop taking the drug, it likely would have prevented the yet unknown number of people living with quinism.

In 2016, Health Canada updated its "black box warning" to include the serious side effects of taking mefloquine: anxiety, paranoia, depression, hallucinations, psychotic behaviour and thoughts of suicide.

As of 2017, the Department of National Defence announced mefloquin would only be administered to a Canadian Armed Forces member if requested.

In recent months, town halls have been popping up across the country, with more than 1,000 veterans coming together in a mass tort to sue the federal government for issuing soldiers to take the drug, beginning in the early 1990s in Somalia, claiming that the government knew about the debilitating side effects of the drug.

Paul Miller, a partner in law firm Howie, Sacks & Henry, is the co-lead counsel in a mass tort building against the Canadian federal government, along with partners Waddell Phillips (both are Toronto-based law firms).

Arnsten's case is one of those included in the mass tort.

It was early December 2018 when the first file hit Miller's desk – a referral from a colleague.

"Between Dec. 8 and now we've been contacted by close to 1,200 people," said Miller, who spoke at an Edmonton town hall meeting for veterans in February. "We're also getting the wives. The wives are suffering because they're dealing with the brunt of this."

"It's one of the most incredible processes I've ever been involved with," said Miller, adding that he has sat with mothers who have had sons commit suicide.

A class action lawsuit against the federal government was launched in 2000, dismissed for delay until April 2018. Miller said his team is bringing it forward as a mass tort due to the number of those affected and the belief that better individual compensation can be potentially achieved this way rather than through a class action.

With further town halls to go, Miller expects more will come forward. The tort is anticipated to include upwards of 2,000 cases of veterans and their families living with the aftermath of mefloquine poisoning.

Miller added that it is very difficult to estimate the number of civilians who may have experienced mefloquine poisoning – such as travellers who took the anti-malarial drug. The difference for these individuals is that they were not ordered to take the medication, unlike the military, and Miller said it looks as though manufacturer Hoffman-La Roche AG did issue the side effects in the early years. He clarified that his team is not looking to sue the manufacturer at this time.

"I'm hoping they (the federal government) will want to help their veterans – because they deserve it," said Miller.

Estimates of those living with quinism could reach into the tens or even hundreds of thousands, as these anti-malarial drugs were dispensed in high volumes to the military since the early 1990s.

As more soldiers come forward with reports of living with severe PTSD-like symptoms with no relief despite ongoing therapies for PTSD, the pieces of the puzzle are beginning to come together and experts in the field of quinism are looking to expand awareness and let veterans know there is an answer to their unexplained frustrations.

For Arnsten, he just hopes others like him will find some solace in learning they aren't alone.

To learn more, or get in touch with Nevin, visit quinism.org. If you believe you have experienced mefloquin poisoning, reach out to Miller at pmiller@hshlawyers.com.