Veteran reaches out through Legion fundraiser

A fundraiser for the Cochrane Legion is looking to shed light on the bravery of those who have served, as well as those who continue to suffer the after effects of that service. Legion member and Afghanistan war veteran. Cpt. Bryce Talsma (ret.
0
Mar 14, 2019 1:00 AM By: Lindsay Seewalt 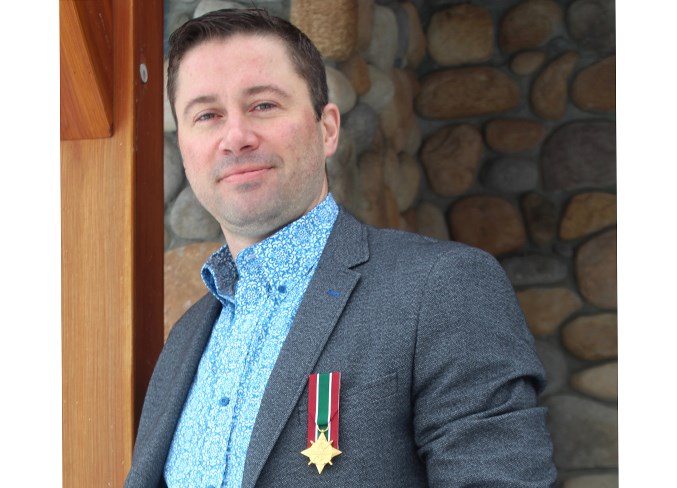 A fundraiser for the Cochrane Legion is looking to shed light on the bravery of those who have served, as well as those who continue to suffer the after effects of that service.

With tickets available for purchase for $25 for non-members and $20 for members, the event encourages formal attire – dressing your best to take part in the cocktail reception and screening at the local theatre.

The event is flagged as community outreach – to let people know about the “jewel” that the Legion is with its many fundraisers and events running throughout the year.

While the Legion, which continues to grow in its membership and community outreach in an era when many other Legions are shuttering their doors, is always looking to fundraise for flagship community projects – most recently the bronze statue and revitalization of the Cenotaph park area – Talsma also wants to make the message loud and clear that veterans and their family members of all walks can reach out at any time.

“Because it’s life or death for them ... I lost a couple of very good friends overseas violently and now I’m losing friends here violently,” explained Talsma, who is on a mission to help fellow soldiers make the difficult transition into civilian life.

“I was platoon commander of 40 members ... I’m one of approximately 114 Canadians who commanded a platoon in combat in Afghanistan,” he explained, telling his own story of a seven-month combat tour in Afghanistan from 2009 to 2010.

Talsma’s tour coincided with a return three days before the birth of his first child, as well as the winding down of combat tours. The next available tour was a clean-up tour and he opted to start a new venture that was better suited to his new family life.

The now father-of-three reflects on the first years since leaving his six years of military life.

“The transition out of the service is really tough ... finding meaningful employment out of the military is usually a step down, so it can be quite demotivating,” he explained, adding that the military is such a well-oiled machine centered on order and process and camaraderie – often quite opposite of how the real world operates.

The skills acquired by those in military service rarely translate well to civilian life – meaning that one who has climbed his or her way up the military ranks may have to start at the bottom in regular society.

Leaving the Canadian Armed Forces (CAF) in 2011, Bryce, wife, Laura, and their young family moved to Calgary from his station in Edmonton with $17 in their bank account. They later moved to Cochrane in 2014.

The first couple of years were good as he found himself stationed in Chad, Africa working in project management for oil and gas. But when the economy lagged, Bryce found himself at a turning point and battling his own challenges of PTSD – having lost brothers both overseas and at home.

Working through his own regime of therapy has allowed the veteran to come to terms with his military past and now he wants to help fellow soldiers move past their demons.

“All of that legacy of violence ... it’s trying to put it in its place and it’s trying to reconcile myself and others to live meaningful lives again,” he said. “Soldiers are suffering machines and you get rewarded for suffering.”

Explaining that the symptoms of PTSD often don’t appear for many years post-service or a traumatic event (and it is often not any singular event that triggers it) Talsma said what is frightening is how quickly the change happens – telling stories of soldiers taking their own lives with no warning.

Seemingly these individuals make the transition to civilian life quite well. They start families, they get jobs and life goes on. Then, all of a sudden, with little to no warning, they end their own lives.

According to 2013 Stats Canada statistics, one in six CAF members reported living with some type of mental health issue.

“That would mean a lot to me – just getting one person out of the basement is worth it.”

The Jackson film employs state of the art technology and actual footage to tell the stories of those serving on the frontlines in the First World War, from the perspectives of the soldiers themselves.

Any inquiries can be directed to bwtalsma@hotmail.com.