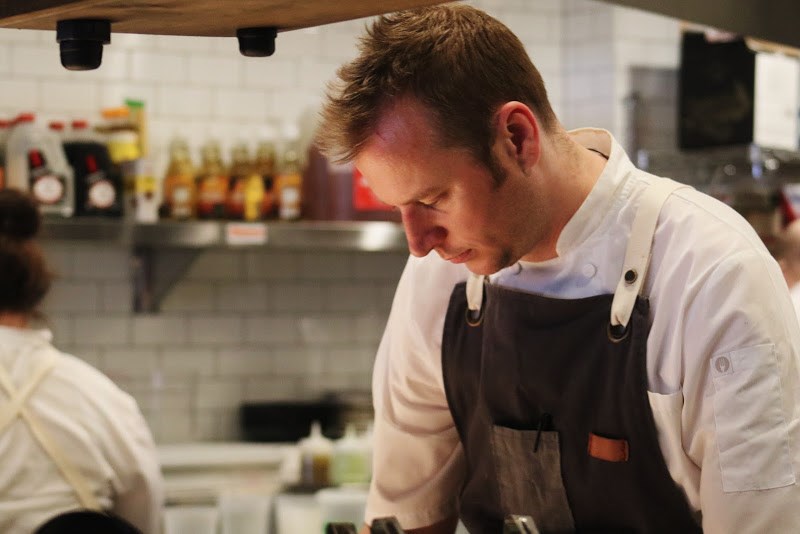 COCHRANE— During the COVID-19 pandemic, take out has become a lifeline so to speak for many restaurants around town. On Wednesday (April 15) the first official National "Takeout Day" will encourage Canadians to support the countries foodservice industry.

Since 2018, Fence and Post has been serving the community of Cochrane with locally sourced hand-crafted food. On March 15, the uncertainty created by the novel virus led owner and chef, Chris Hartman to shut his doors. He was tasked with the difficult decision to temporarily lay off his staff, because like many local businesses he was simply unable to keep the cash flowing.

"That was the hardest thing I had to do but if I didn't do that, I wouldn't have a business right now," Hartman said. "Ever since I was five or six, I wanted to be a chef. To me it's about bringing joy to people. When you have a great meal with good company, it brings everyone together. You can always remember grandma's meal or the one family dinner you had or what do you remember about Christmas or Easter - you remember the dinners where you have everyone together. To me it's that social aspect that's beautiful."

On April 6, after a couple weeks of being closed, Hartman opened his restaurant but found it was a new reality.

"I think this is getting to everyone now, people have adapted to this, this is the new normal and I think people are sick of their own cooking and just cooking in general, so that's when we decided 'let's try this again.'

Prior to COVID-19, Fence and Post was strictly a dine-in only establishment, but different times call for different measures and adjusting throughout this uncertainty is vital. Hartman said he implemented a curbside pickup and delivery option earlier this week. This new endeavour has allowed him to hire one staff member back and he said he is hopeful the momentum starts building so he can continue to hire more staff back.

While the 75 per cent wage subsidy announced by the federal government has been great initiative, he said, it has not been the easiest for Hartman to access. There is a six week turnaround time before he will see any money, so he is having to pay the full amount now, getting 75 per cent of it back later.

"There's still some confusion in trying to figure out how that's all going to work but if I can hire four people back for the price of one, I'm doing that," Hartman said. "The more people I can get working is the best for everyone."

He added he has only had one delivery a day so far but this could be because people may not be aware of what the restaurant is offering. Hartman is also not hiring out their delivery services to a third party, his staff are doing it— because of this, they cannot be found on apps like Skip the Dishes or other delivery platforms.

"All of this is staying within the company so I can hire more people back," he explained.

Free delivery is offered on orders $20 and over. Hartman says they have also turned down their menu only concentrating on what the restaurant does best.

"Rather than trying to give 50 options, I'm just giving a very small amount of options and making sure those options are the highest quality and the best produce,"  Hartman said.

He added items like the brussel sprouts - which have a huge following - the wedge salad, beet salad and the chicken 365 will continue to be favourites Cochranites can expect to see on the menu. A chef's diner will also be showcased each week.

"We will try and do some different theme nights and sort of have some fun with it so it's not the same sort of thing over and over again. We want to keep it fresh,"  Hartman said.

In efforts to keep the price point low and affordable for the community, Hartman is hoping customers will come back for seconds, or even thirds.

"We want people to have access to good food," he said.

Orders can be placed at fenceandpost.ca Wednesday to Sunday and either curbside pickup or delivery can be chosen. You can also pay online so the order is contactless. Curbside pickup times are between 5 p.m. to 8. Upon arrival call the restaurant and someone will come out with your meal.

Another thing to note is that liquor can be added to any order. Hartman said wine selections are available online as well as a list of all local beers. Prices have been reduced so people can simply enjoy a drink with their dinner.

Hartman added it is important to provide people with some level of normalcy in their lives during this time.

Although families will be celebrating Easter differently this year due to COVID-19, Fence and Post will be offering an Easter brunch and dinner through their delivery and curbside methods.

"The brunch you pick it up the night before and it comes with instructions on how to reheat it the next day so that you don't have to leave your house. We also have a mimosa kit as well so if you want to have a little bottle of prosecco. We also have the big bottle of prosecco if you really want to do brunch properly," Hartman chuckled.

As for the future of brunch on Sunday's, Hartman says he is not sure if they will offer it. He explained it is all fairly new to him with this week being the first kick at the can.