Behind the Man: David Milgaard

David Milgaard became an advocate, an artist, an influence after being convicted of a crime he never committed.
Sep 12, 2019 12:00 PM By: Chrissy Da Silva 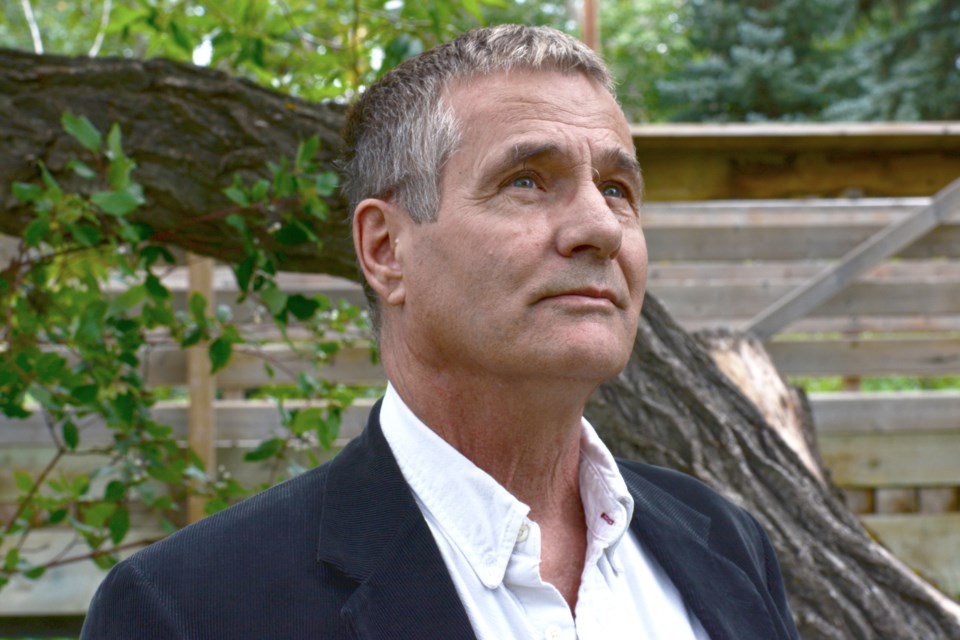 The eyes are the mirror of the soul and that couldn’t be more true than in the case of David Milgaard. His sky blue eyes tell a story without any words. His piercing blue eyes reflect his soul and relay the pain, innocence and sorrow that have been the story of his life.

Background:
In May of 1969, Milgaard was arrested and charged with the rape and murder of Gail Miller – a crime he did not commit. The real perpetrator was Larry Fisher. With the prosecution using his former friend’s testimony against him, things began to look grim for Milgaard and, in 1970, he would be found guilty by a jury.
Milgaard and his mother, Joyce, never gave up hope nor the fight to get him out. She exhausted many resources including launching her own investigation, telling her story to the media on countless occasions and using the last bit of money she had to reveal the truth.

Larry Fisher – the real killer – would go on to commit numerous sexual assaults and in 1971 pleaded guilty and was incarcerated. He would later be released in 1980, all while Milgaard was still serving time for Fisher’s crime.

Joyce kept fighting to get her son out by continuing with her investigations – even though the police did not follow any leads in the case. She would soon unravel a crucial piece of information in 1983 – the whereabouts of Larry Fisher during the killing of Gail Miller. This would be the final piece of the puzzle that would permanently convict the true criminal at large and set free the innocent man behind bars.

In 1992, after Milgaard had applied multiple times for a review of his conviction, the court would finally void his conviction and a new trial was ordered.
Almost a quarter-century of Milgaard's life was spent surrounded by concrete walls and steel bars. He would be immured alone in his thoughts for a crime he never committed. 23 years were lost, 23 years were missed, 23 years too long.

Then:
When Milgaard first stepped outside the concrete confinement known to him for almost 25 years, the world was a totally different place. Cars seemed to move faster, people looked different, the times, well, they were a changed.

“When I first got out it was like I was walking on the moon, it felt so strange,” said Milgaard.

Of course, he would need to adjust to the new world he was living in and that wouldn’t come easy with some days being darker or lighter than the last.
The number one thing on Milgaard’s agenda would be to head to a store and buy his mother flowers. Milgaard is forever grateful to his mother and her persistent determination to find justice for him. Without her, he may have lost more years of his precious life imprisoned.

In the following years, Milgaard would venture off to lands far away. He would become a well-seasoned traveller adding over 35 countries’ stamps to his passport.
“When I came out, I wanted to see the world because I was upset about the things that were taking place. I had lots of time while I was doing time so I would write about different countries – and take away the rhetoric and all the rest of it to just stick to the facts. I had scribblers and scribblers and scribblers so when I finally had a chance to go out and see the world, talking to travellers, talking to people that were out there, it was always good to hear, with your ear to the ground what’s really taking place in different parts of the world.”

Having turned to poetry and writing in prison, this became a strong interest that would ultimately flourish in his travels. Milgaard soon began interviewing people and writing stories about special moments in their lives. He would eventually make a compilation book titled White Sky New because “I wanted people to reach into my book of poetry and those stories and be able to see the courage and the love and the strength that people have to survive.”

One, deep and astounding poem Milgaard wrote goes as follows:

With a rainbow ghosted pointer, I strike clean, clear, straight lines through a heart moved in a child’s tears.

“Inside those words was a man that was living inside an equation where people were thinking of the very worst of him as being a human being and this was my way of putting myself in touch with who I was really and how I was feeling about life,” explains Milgaard.

During his years in prison, Milgaard was able to find peace and heal himself through the creation of a social justice group. He would bring in grassroots individuals to talk to prisoners about matters including poverty, aboriginal concerns and women’s issues.

“I did that for almost four years and it gave me a strength to keep my morality strong and it also was something that made a difference to other prisoners,” said Milgaard, “It was a really good thing, that group for me.”

Milgaard would eventually travel to Romania and while he was asking for directions be amazed by the English spoken by a beautiful local. They would proceed to work together – she as a translator – while Milgaard interviewed and added to his collection of poetry. A friendship blossomed that would later sprout into love and they would one day marry and have two children.

The system
There have been many struggles and adaptations that arose from Milgaard’s wrongful conviction. He says people always feel the need to ask him “what was it like?” He was wrongfully accused and put in prison for 23 years, repeatedly denied a review of his conviction. His appeal would sit on a desk for months on end. Milgaard said he describes it with one simple word to make it clear to people, “Horrible.”

Over the years, Milgaard has become an advocate for those wrongfully convicted and feels change is needed in the judicial system.

“An independent board of review, in other words, that has nothing to do with the justice department. It’s not police investigating police. It’s people like you and me where we sit down and we have professional investigators, anybody that wants to come forward, no criteria, you don’t have to wait for 12 years inside prison for something you had nothing to do with – men, women and in some cases children, having done nothing wrong,” says, Milgaard.

“It’s ludicrous to think that that’s what we have there as a system to help those people that have been wrongfully convicted. Even after they have found out that they aren’t guilty they don’t even have the power to say, ‘OK you can go home now.’ They send it back again to the court or to the province, it’s so bad, it’s not justice, it’s just wrong.”

While he is a firm believer that something needs to be done, it starts with understanding the issue, understanding people and understanding that challenging the system for the freedoms of those wrongfully convicted is imperative.

Now
“I take things sometimes just one day at a time, I have tough days, things don’t always work out in life the way that you want them to work out,” said Milgaard.
Milgaard moved to Cochrane from Calgary around six years ago for a couple of different reasons. One is he wanted to bring up his children in a small town with a sense of community and the other was “You get a bigger piece of chicken for your dollar.”

Although he has been through much in his life and will be reminiscent of his everlasting past, Milgaard is grateful for his wife, Christina, and their children, Robert and Julia.

“That feeling of boy I’m glad that I got you, Robert, to tell me to be happy and to cheer up and Julia says ‘daddy how come you’re not feeling so good or you’re not looking so great, is there something I can do to make you happy.’ Those little things are little treasures that keep us all going."

I want to take a moment to express the warmth as well as the deep-rooted hurt and sadness I sensed when I met Milgaard. He carries himself well but there is more to him than meets the eye. His story, though an unfortunate one, is a powerful one.