“It is non-discriminatory against gender, race, sexual orientation, economic status— It can affect anyone at any time in their life,” Big Hill Haven chair Valerie Gilmore said. “Domestic violence is a hidden aspect of our community, everybody knows it’s there but it’s very insidious and it hides among all of us.”
May 23, 2020 9:00 AM By: Chelsea Kemp 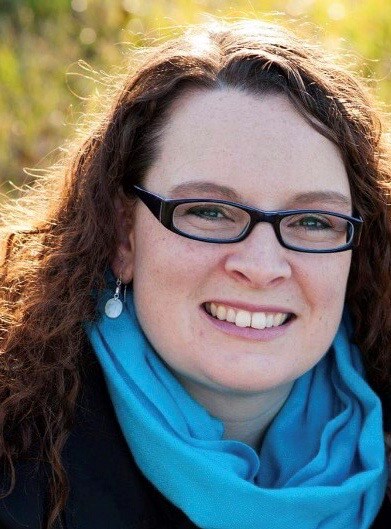 Big Hill Haven has elected Valerie Gilmore as its new board chair.

COCHRANE— Embracing a spirit of collaboration paired with determination, a new chair has taken up the mantel at Big Hill Haven.

Valerie Gilmore was recently elected board chair of Big Hill Haven and said her number one goal is to help facilitate meetings and serve as a catalyst for interactions with internal and external stakeholders.

“Sometimes it’s less about the money and more about the conversation and making people realize what’s happening around them,” Gilmore said. “You have to talk to solve a problem— You have to bring things into the light and talk about it, and shine light into dark places that’s ultimately what will bring about change.”

Gilmore was born and raised in Canmore. She spent 20 years in Springbank before moving to Cochrane six years ago.

“Cochrane has such a great vitality, and such great diversity,” Gilmore exclaimed. “It’s such a great town to be a part of. I just love it here—They have really rallied around us [Big Hill Haven] over the last four years."

She explained that the focus at Big Hill Haven now is bringing an emergency shelter and eventual second stage shelter to Cochrane.

Gilmore began working with Big Hill Haven two years ago. She had been reading about the non-profit and was inspired by the spirit behind the initiative. She said she wanted to bring her experience working in administration for 25 years and with the Calgary Women’s Emergency Shelter to the table.

“They embraced me and brought me into the organization,” Gilmore said.  She was soon elected recording secretary and spent two years in the role before being voted in as chair in April.

“It’s humbling,” Gilmore said, adding that she is focused on fostering partnerships in the community and bringing people together to help make the women’s shelter in Town a reality.

It will take patience and teamwork she said, but the end goal is of critical importance.

Big Hill Haven was established in 2016 to build a women’s shelter in Cochrane. Big Hill Haven is focused on ending and preventing inter-personal and domestic violence, she said, explaining that these types of violence affect everyone in the community.

It can be hard to tell how many people are affected by domestic violence in the community, Gilmore said, adding that she suspects the problem may be bigger in Cochrane then many people suspect.

“It is non-discriminatory against gender, race, sexual orientation, economic status— It can affect anyone at any time in their life,” Gilmore said. “Domestic violence is a hidden aspect of our community, everybody knows it’s there but it’s very insidious and it hides among all of us.”

From 2018 to 2019 the RCMP and Victim Services showed a 70 per cent increase in domestic violence in Cochrane and Area. Gilmore said she expects these numbers to rise because of the COVID-19 pandemic.

“Most domestic violence agencies across Canada are expecting a 30 to 50 per cent increase on top of the numbers we had seen already,” Gilmore said. She added that women tend to predominately be the biggest sector of people who experience domestic violence.

It is a difficult situation she said because members of the community may be stuck at home with abusers and have no way of communicating or reaching out for help.

Survivors face a further challenge, she added, because many perpetrators of domestic violence already control every aspect of their lives and the pandemic will only heighten this experience.

“As soon as a woman leaves her abuser they’re instantly plunged into poverty and homelessness because they tend to cut off all aspects of normalcy,” Gilmore said. “They leave basically with the clothes on their back.”

As chair Gilmore said she and the Big Hill Haven board will be working to fill in societal gaps and build a safety net for those fleeing domestic violence.

The biggest action that can be taken is ensuring Big Hill Haven can take to achieve its goals and ensure that they are there for those in need, she said, is by raising awareness in the community and fostering conversations.

“We need to engage our community, we absolutely need to bring men in and people from the LGBTQ2+ in because it has to be everybody,” Gilmore said. “We all need to be involved in the conversation about it, we all need to partner together and protect the people in our communities.”