Changes to bus fees too late for RVS

The Alberta Government's reversal of the previous NDP government's bus fee legislation comes too late for Rocky View Schools to make any changes as it set its budget in April.
Sep 11, 2019 8:00 AM By: Chris Puglia 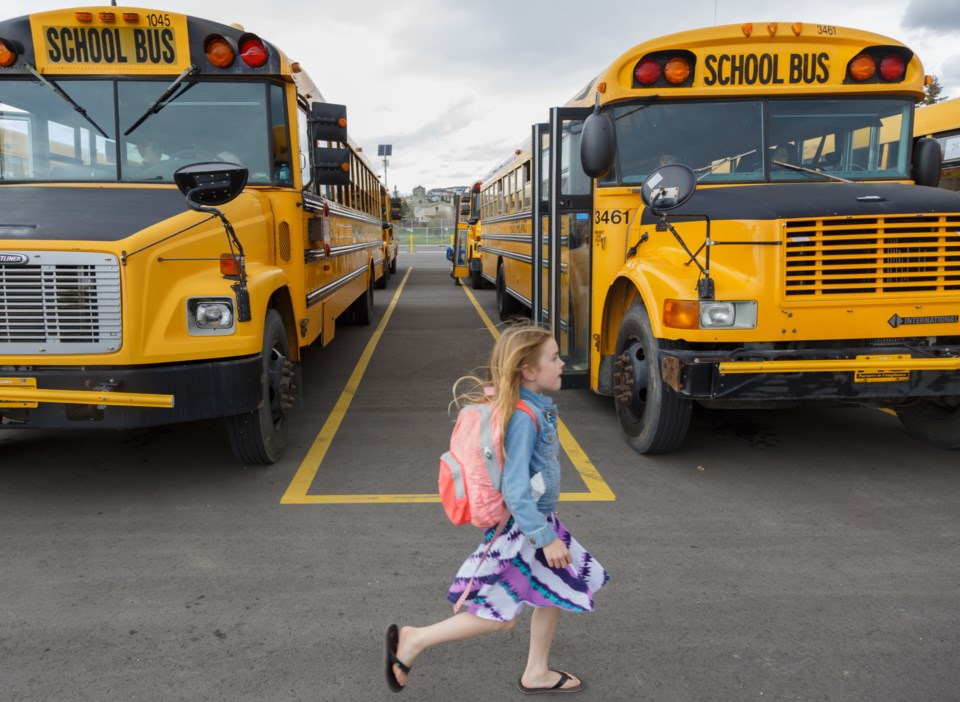 School kids rush to take the bus home from school on May 9. (Photo by Victoria Cockriell/Special To The Eagle)

The Alberta Government's reversal of the previous NDP government's bus fee legislation comes too late for Rocky View Schools (RVS) to make any changes as it set its budget in April.

In 2017, the NDP government eliminated bus fees to students living 2.4 km or farther from their designated school. The decision came with mixed emotions as parents living closer to their child's school saw an increase in transportation fees.

At the time, Rocky View Schools was also reviewing its busing structure to combat a dwindling reserve fund as a result of what it called inadequate transportation funding that was not keeping up with enrollment. Last year, the reserve was exhausted and bus fees went up again and value-added services such as secondary stops were eliminated. The board also ended the child limit where families with more than two students didn't have to pay additional fees for the third or fourth child.

The district has also said having the ability to charge all students bus fees created more flexibility for the district but Todd Brand, RVS' board chair, said there are concerns about what the recent changes will mean for the district's transportation bottom line.

The NDP's legislation came with a $1.6 million fee replacement grant, which essentially made the change in fees a net-zero proposition for the board. As it stands, Brand said it is not clear if that grant will be included in the next budget.

"We're trusting and hoping the government will continue the fee replacement grant for this year," said Brand.

Through changes in busing routes, schedules and other efficiencies, Brand said the board has been able to reduce operating expenses by $2 million but the budget is tight and without knowing what the province is planning when it comes to its funding for schools, the board is in wait and see mode.

"Our expenses over the last 10 years have increased by 19 per cent and the transportation grant has only increased two per cent. If it goes down, we will not be able to make ends meet with bus fees," said Brand.

If not, the board will have to make some tough decisions but Brand said changing bus fees mid-year would be very difficult.

However, overall he believes most parents in the district will be accepting of the fee structure return to its pre-2017 format.

"When we did our transportation consultation what was being said quite often by a lot of people is they didn't think it was inappropriate for them to be paying a fee," said Brand, adding parents wanted an equitable system where either all students paid or none did.